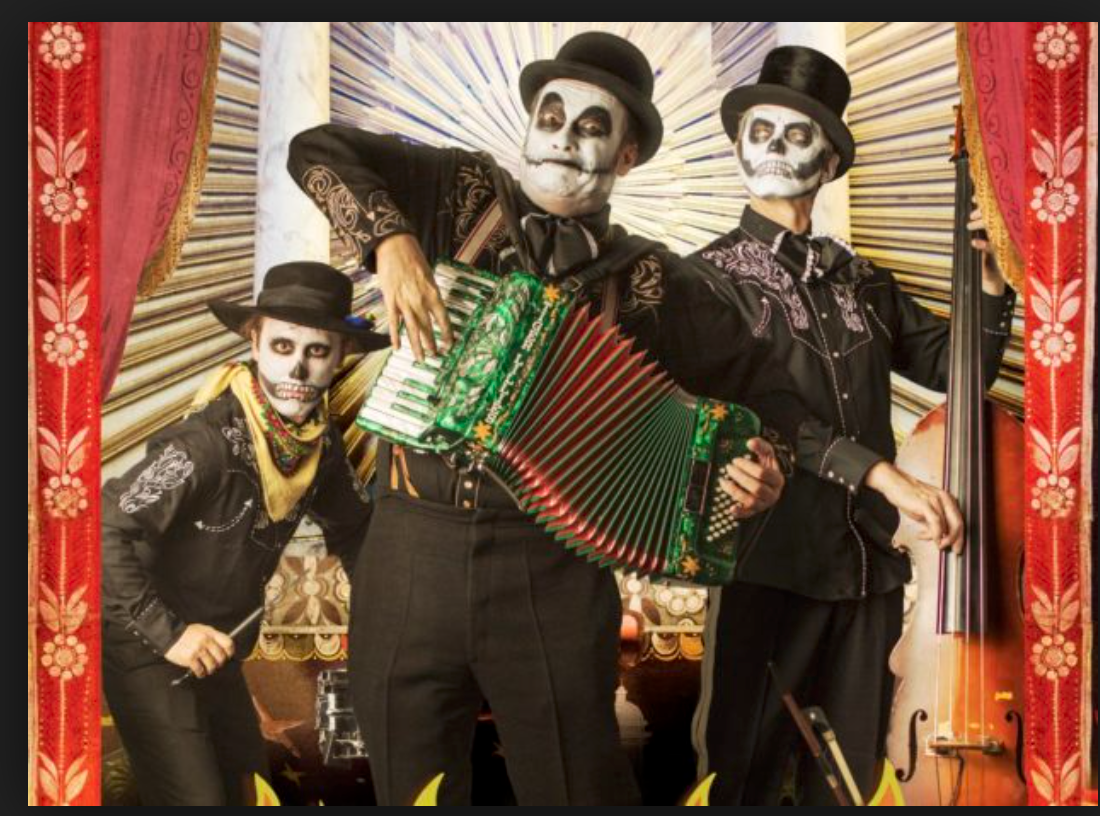 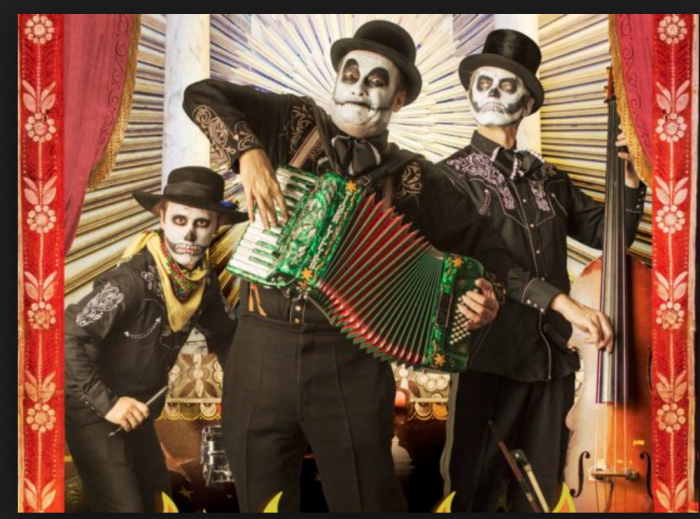 Nominated for a Grammy and winners of a prestigious Olivier Award, The Tiger Lillies have found worldwide recognition for their unique sound and style that merges the macabre magic of pre-war Berlin with the savage edge of punk.

A Corrido singer and his band return from the realm of the dead to haunt their killer. This dark story of intrigue, vengeance, murder, and the mayhem of a romance gone bad, is set in a small dusty town in the lands between Mexico and the US.

The singer relays the tale of his rise and fall and the songs of life at the border, where mythical creatures from Aztec times still haunt the night. This is a realm where folklore and real-life merge, where audiences meet a knight, an evil king, a damsel in distress and the Saint of the Sinners.

A CD of music from the show will available from Friday 20 April at the HOME bookshop, iTunes, and from the band’s website www.tigerlillies.com

For a taste of the show, click here to see The Tiger Lillies performing ‘The Day of the Dead’, from Corrido de la Sangre, and here to see the HOME trailer.

For the full details for ¡Viva! 2018, visit www.homemcr.org/event/viva-spanish-latin-american-festival-2018/