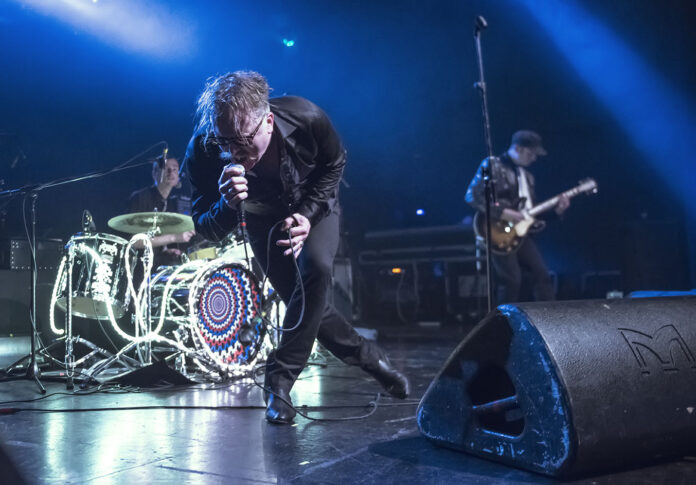 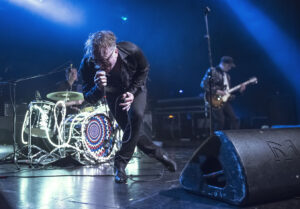 Bridenhell Social Club in their hometown of Leeds for a two day event and April 11/12 where they will play the whole of each album.

The special 2 day cheap tickets go on sale at 10am tomorrow at Leeds indies.
to wet your appetite here is my ancient review of Leggy Mambo, it makes excellent reading.
https://www.williampotter.com/cudband/press_clip13b.htm
They band will also doing the Gigantic festival  in May in MCR with Ned’s, Weddoes, Chameleons, Franks and Sultans- a real early nineties event…

Alternatively loved or loathed like a yeast extract, CUD are indie rock for the unpretentious pleasure seeker, boasting as they do the rich deep-lunged voice of Carl Puttnam, edgy guitars of Mike Dunphy and tight, funky rhythm section of William Potter, bass and Gogs Byrn, drums.

CUD were initially lauded for their quirky Peel session cover of ‘You Sexy Thing’ in 1987. They soon built up a huge live following and buffed up their repertoire with a string of unstraight pop beauties, best exemplified by the 1990 album ‘Leggy Mambo’. This led to a major-label deal with A&M in 1991, front-page NME coverage, massive sellout gigs and proper Top 30 hits, ‘Rich and Strange’ and ‘Purple Love Balloon’.

Misunderstood by record companies and press, CUD packed away their guitars and sticks in 1995 but, bolstered by a greatest hits anthology (‘Rich and Strange’) in 2006, they agreed to tread the boards again and found an army of ‘Space CUDets’ still eager to sing along, dance like fruitcakes and invade their stage.

In 2012, CUD reunited with their original guitarist and key songwriter, Mike Dunphy, and the result is their first new material in 18 years, the perky 7” and download single ‘Louise’ b/w ‘Mexico’.

To top this, CUD are playing two of their most popular albums in their entirety over two spring nights in Leeds.

When in Rome, Kill Me

Celebrating 25 years since the release of CUD’s debut LP, the first (and only?) indie-rock opera.

Features single Only (A Prawn in Whitby), and live highlight I’ve Had It With Blondes.

The 1990 album that lured an army of Space CUDets and delivered the band a major record deal.

General sale will commence on Monday 13th January at the price of £13 a show.

LOUISE b/w MEXICO is available as a limited edition 7” vinyl single at CUD shows and as a single and download from cud.greedbag.com