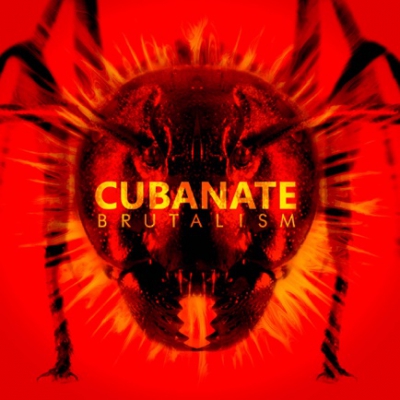 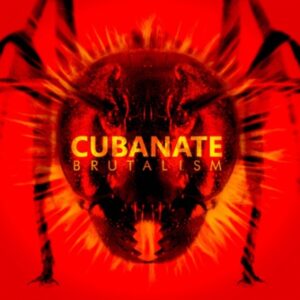 ‘Brutalism’ marks the welcome return of Cubanate; the UK techno/industrial band who burst out of the London underground in 1992 with a demo version of ‘Body Burn’ which was picked up by Kiss FM, and were instantly signed to the German based Dynamica Records; this compilation album gathers together all their material from 1992-1996 subsequently released by Dynamica.

Opener ‘Autonomy’ from the 1993 ‘Antimatter’ album drops you into a swirling vortex of rivet head beats, chanted vocal refrains, all underpinned with a cavernous thumping bass…’Junky’ has a monster bass, treated mechanised vocals, and a nagging guitar riff that sounds like it was recorded yesterday, whilst ‘Kill Or Cure’ would easily drop into the soundtrack of any self-respecting DJ at countless festival dance tents this summer.

Hearing ‘Body Burn’ again after so long it’s easy to understand just what all the excitement was about, its harsh electronic led beats, combined with slashing guitars enabled Cubanate to cross the normal genres; In May 1994 Melody made the ‘Metal’ EP Single of The Week, later that year they toured alongside Carcass – this turned about to be a particularly violent tour ending in death threats to frontman Marc Heal and an on-air confrontation on the Radio One Rock Show with Iron Maiden’s Bruce Dickinson. They later had more successful tours with Fear Factory, The Sisters of Mercy, and Rammstein.

‘Industry’ lifted from the 1995 ‘Cyberia’ album demonstrates how Cubanate were progressing, despite the energy there is a dark edge to the material steering the band away from techno towards industrial metal; the theme continued with the 1996 album ‘Barbarossa’ included here alongside single ‘Joy’ which sits comfortably alongside more familiar names like Front 242, Ministry, and Nitzer Ebb.

‘Brutalism’ perfectly showcase’s a band genuinely ahead of their time, much of what Cubanate were doing is now mainstream but back then it caused consternation particularly in the precious hard rock genre; the mashing up of styles, the punk ‘do anything’ attitude resulted in a potent mix that is very welcome all these years later.
Cubanate split-up in 2000 but reformed in 2016 for a performance at a festival in Chicago.