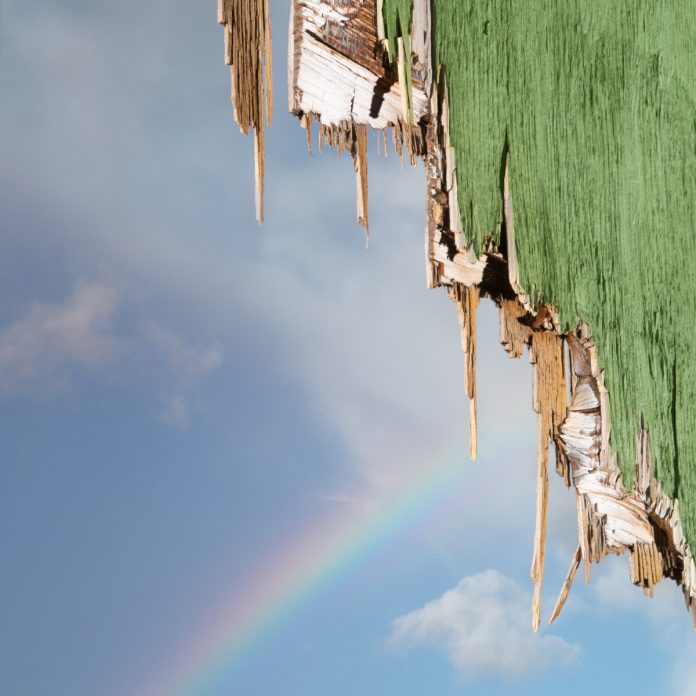 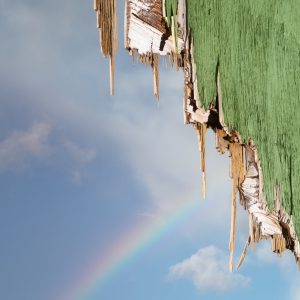 Crystal Eyes, have just released The Sweetness Restored, the second full-length album from Canadian indie band and follow up to 2017’s The Female Imagination via Madrid-based label Bobo Integral

The Calgary based quintet are made up of Erin Jenkins (vocals and guitar); Jordan Tettensor (guitar); Scott ‘Monty’ Munroe (bass, synth); Joleen Toner (synth, theravox, organ) and Kenny Murdoch (drums). Much of recording took place in around 10 days in Montreal, shortly before the world would shut down in the spring of 2020. Erin commenting, “that was such a creatively fulfilling time and one of the most truly exceptional artistic experiences I have had. There was a lot of laughter, some moments of sheer exhaustion, and so much artistic generosity and spirit poured into every ounce of the recording. When you listen, imagine us giggling and dancing in the studio as we gleefully recall our musical heroes. This album represents everything I have learnt (so far) about the meaning of life and music”.

Inspired in equal parts by the streets of Montreal (The Sweetness Restored being a lyrical reference from Leonard Cohen’s final album ‘You Want it Darker’) to the mountains, forests and lakes of nature at its most free, there is both a kind of quiet sadness and a frenzied rock ‘n’ roll urge that ebbs and flows throughout.

She’s right, the opening track, and previous single, Wishes, begins with the line, “Tonight, I’ll be a saint. I wish I could be someone like them,”  suggesting a wistful self-awareness right from the off, with a hint of the poppier side of The Cure. It gets the album off to a great start. The Sweetness Restored is a collection of 10 tracks that flirt with musical influences ranging from new wave, psych-rock and shoegaze/dream pop, with songs driven by melody and steeped in texture. This is followed by another previous singe, Like a Movie, a gorgeous three minutes of indie rock bliss which reminds me of Mazzy Star, underpinned by a classic Hammond organ, a string quartet and a wonderful guitar solo. Don’t Turn Around comes next, again with a poppy/post-punk feel to it, (complete with Stephen Morris inspired drums).

After a strong start we then have I Still Believe In Love and I Still Believe in Love Part 2 which segue seamlessly into a 6 minute dream sequence featuring the ghostly Theravox, a touch-controlled theremin produced in Ontario. In fact this track most of all showcases the bands influences mixing instruments of different eras and styles. 2000 Years has a late 60’s post John Cale Velvet’s feel to it before we’re treat to a 34 second spoken poem, For Carol. Pretty Dumb is next, which straddles New Wave and Indie before The Cure-ish penultimate, A Dream I Had. The album closes with the epic, initially slightly haunting, No Heaven. The   Hammond organ for the first half of the song, Erin reminds me of a celestial Lana Del Ray before the clouds are blown away and it shimmers to a climax with tribal drums and angelic vocals.

The band say, ultimately, “The Sweetness Restored is a spiritual act of the creative process, the delicate but renewing relationship between the dream and reality”. It gently reminds us, there will be loss, but we always have the promise of a new day. Today is that new day.