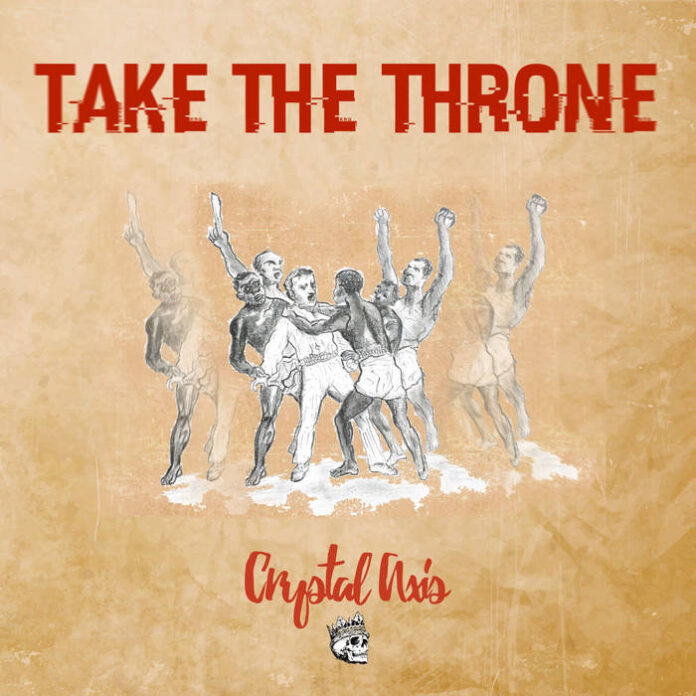 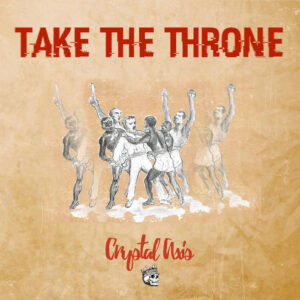 The commanding anticolonial punk rockers out of Nairobi are generating messages of revolution and remaking with their new single Take the Throne. Growling vocals pay homage to death metal influences, underpinned by stinging, uncompromising guitar riffs.

The new single builds on the band’s previous political work in songs like Leopold and Nyayo House. For Crystal Axis, punk is an ethic and an ethos that summons forth, into the twenty-first century, the thinking of activist Steve Biko. Biko co-founded the South African Students’ Organisation (SASO), and he sowed the seeds of Black Consciousness in apartheid-era South Africa and across the globe before apartheid police murdered him in 1977.

In calling for freedom and equality before the law, Biko emphasised that racist systems can’t simply be reformed to integrate those they’ve oppressed. Instead, those systems need to be destroyed and rebuilt from the ground up by egalitarian, radical thinkers: “One has to overhaul the whole system . . . .  The myth of integration as propounded under the banner of the liberal ideology must be cracked and killed because it makes people believe that something is being done when in reality the artificially integrated circles are a soporific to the blacks while salving the consciences of the guilt-stricken white.” That message became a rallying cry through anti-apartheid protests in South Africa, and in 1987, novelist Nadine Gordimer distinguished between ineffective liberals and necessary radicals, ensuring that Biko’s message reverberated as she spoke on PBS Newshour: “The radical position doesn’t accept that you can reform apartheid . . . You cannot reform apartheid – you’ve got to get rid of the whole thing.”

In the chorus to “Take the Throne,” Crystal Axis echo Biko’s directives for creating a more just world:

Rip it down! We’ll build again from scratch

Every roaring fire starts with just a single match

You eat, we watch; a revolution’s born

We’ll tear down the walls and then we’ll take the throne.

In resurrecting Biko’s powerful philosophy, Take the Throne also dialogues with revolutionary music from the last 50 years. A Tribe Called Quest’s anthem Steve Biko (Stir it Up) immediately comes to mind. And while Take the Throne effectively speaks to the past, the new single also cements itself in the present moment. The sleeve typography is pulled from the recent video game Watch Dogs, in which players engage in a quest for vengeance against those guilty of unjust violence. Similarly, with Take the Throne, Crystal Axis invite listeners to become part of a music movement and call-to-action for change.

The new single was tracked and recorded in Nairobi, Kenya. Crystal Axis guitarist and founding member Djae Aroni produced, mixed, and mastered Take the Throne, and Kenyan artists Naila Aroni and Blacky Warhol designed the sleeve. Take the Throne is the first song off the band’s upcoming 7” Lunatic Express, scheduled for release in November.

Listen to Take The Throne by Crystal Axis below.