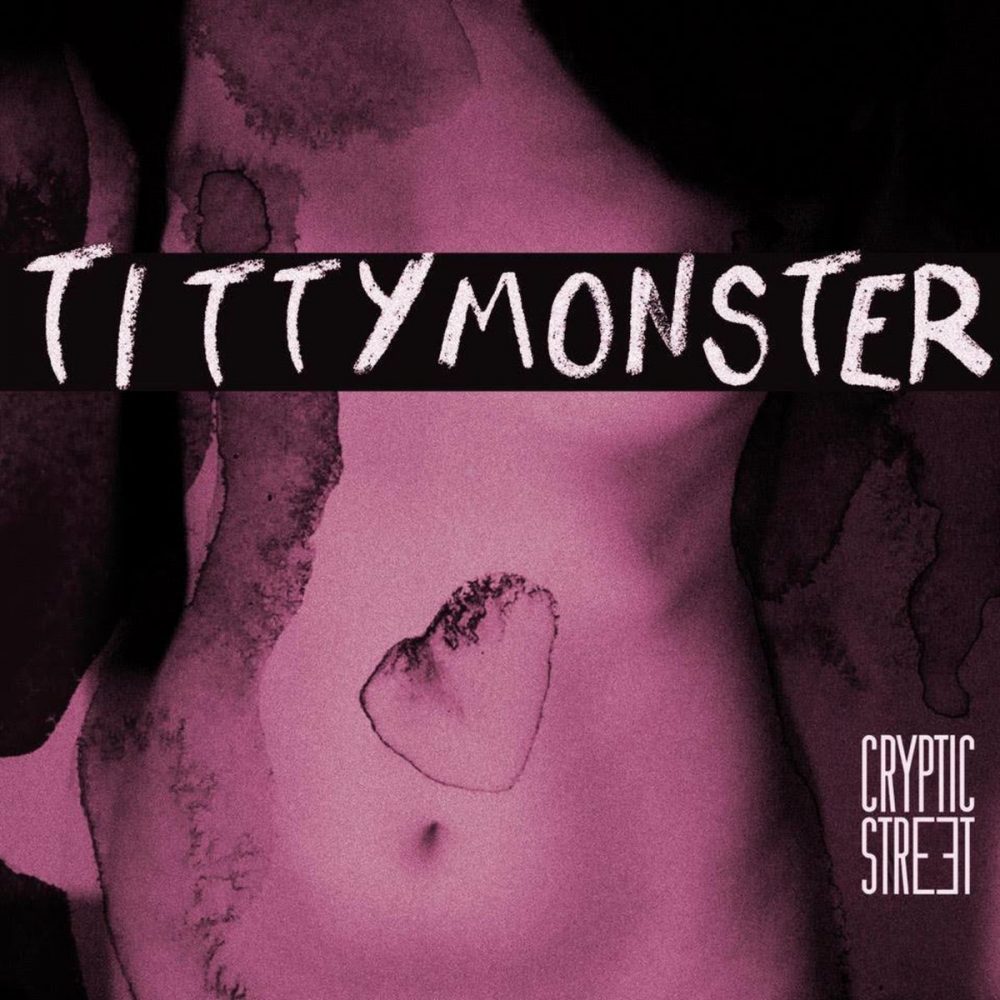 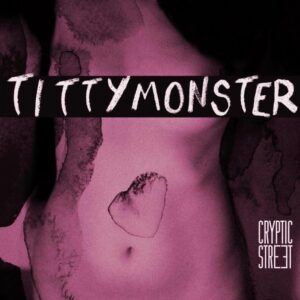 Last year I had the pleasure of interviewing Maltese all-female post-punk D.I.Y outfit Cryptic Street here on Louderthanwar as they were touring the UK. Since then the ladies have crowdfunded and worked hard on their currently released album titled ‘Titty Monster’ which was recorded at Temple Studios, Malta and produced, recorded and mastered by David Vella who has previously worked with the likes of Siouxsie and the Banshees and Rammstein. I took great enjoyment out of throwing myself into their attitude driven, energetic uncompromising sound. Here is what I thought of their explosive 10 track sonic tapestry…

The opening track, ‘Japanese Erotica’ enters the headspace with an inviting rhythmical fuzzy guitar and a vocal that holds plenty of pop sensibility, lead protagonist Leona Farrugia laces her distinctively expressive, layered vocals superbly around phat burly basslines and jangly dynamic guitar tones. The interesting element is that as this track progresses the grooves begin to dig much deeper into a methodical stomping structure, diversified by a jazzy/blues tip breakdown. Second track on the album, ‘Come Again’ presents itself as a perfect excuse to get your rocks off too, this sexy surrendering ditty packs so much undone I can feel all the buttons on my fabrics loosening. Rife with dynamically curvaceous hooky guitar licks and riffs which holds that special 60’s esque Jimi Hendrix rocky/ blues tone, accompanied by a deliciously phat bassline that provides more pep than a percolator! Leona’s soulful, tantalising vocals hold’s an instantaneously captivating quality that projects a force like fire enveloping over ice. Overall there exists an all-consuming psychedelic feel to this seductive track.

The third track, ‘Sober’ unfurls a gritty, sarcastic narrative about entering a sleazy porn shop, an attitude ridden dig at objectivation, stereotyping and prostitution, a heavy topic to cover in a 3 minute 18-second song, however, it has been supremely executed by accumulating intensity in instrumentation. Track four ‘Island Blues’ offers the headspace plenty of room to attach your very own mental artwork as a captivatingly hypnotic, dynamically textured instrumental sway leads you by the hand into a rhymical, melodic rock estuary that conjures a detailed introspection towards the listener, and who wouldn’t want that after absorbing the last track. Track five, ‘Like you’ highlights, yet again the vocal dynamic of leading lady Leona as she brings both in equal measure the rough and smooth edginess projected by her sassy, powerful vocal dexterity. In this track she lyrically expresses the feeling of being uncomfortable in her skin and overall situation, providing a kind of obsessive compulsion towards becoming a carbon copy of someone else, the instrumentation sways around her vocals in a punchy, snappy melodic rock style with plenty of tension and anticipation building factors to tantalise and excite. (Honestly, this is not sex, but it’s close!)

Track Six, ‘Be A Man’ Introduces a seductively alluring atmosphere with beautiful clarified vocals from Leona, whose rasped tone I absolutely love. A hooky funky bassline draws me in as the hypnotic quality to this track conjures momentum and rocks in a steady motion to eventually decrease pace at a gentle ease, smoothly releasing my headspace from the intensive spellbinding atmosphere of this track. I can’t help but think of, Savages and leading lady, Jenny-Beth as a possible influence at this point. Track seven, ‘Feeling Like Shit’ draws the listener in an intimate way as the vocal and instrumental tones are lowered into a kind of alluring whisper, building into a heady swirl of hypnotic raw sounding guitar, bass and cymbals combined with rising and falling vocals. Leona’s expressive vocal intonations carry a bewitching quality as she sings about the entirely relatable early morning groggy, uneasiness, as the spirit hankers for what a new day will bring. The whole atmosphere of this riveting song is entrancing and owns a strong air of anticipation as to where it leads, a technique these ladies seem to have perfected.

Track eight, ‘Let’s Go Suki’ owns one of my favourite basslines and most certainly stands as the anthem of the album as the whole arrangement, vocally and instrumentally holds as much catchiness as a fisherman’s deep-sea net trawler. I could have sworn I’ve heard this track being smashed out on BBC Radio 6 Music. It’s hardly surprising as it’s got that infectious radio edit feel! Track nine, ‘Don’t Need No Men’ throws down another sassy, in yer face romper-stomper that kicks out a strong feminist vibration which makes the bold statement of not needing any men.  This sharp track is punkified, fast-paced and straight for the jugular in attitude. The sharp ditty is wholesomely bass-driven accompanied by an infectious raw sounding dynamic guitar to kick the speakers in with. There are so many hooky fresh elements to this track, it’s impossible to get out of the head once you have absorbed it.

And why not go out with a proper BANG! with the final track on the album titled ‘Damaged’ which comes kicking and screaming into the head-zone with a colossal punch right to the gut. As a lyrical, instrumental assault is ferociously executed with revving burly fast-paced basslines, thunderous screaming guitar and tipping-point vocals which borders on full-bore shrieking, however, is supremely held together by the impressive vocal elasticity of lead vocalist Leona. These girls most certainly mean business with their attitude ridden, energetic drive and uncompromising approach.  Riot Grrrl’s give us what you got!! ….& they most certainly have…..

Cryptic Street’s ‘Titty Monster’ is OUT NOW! On the following website outlet.