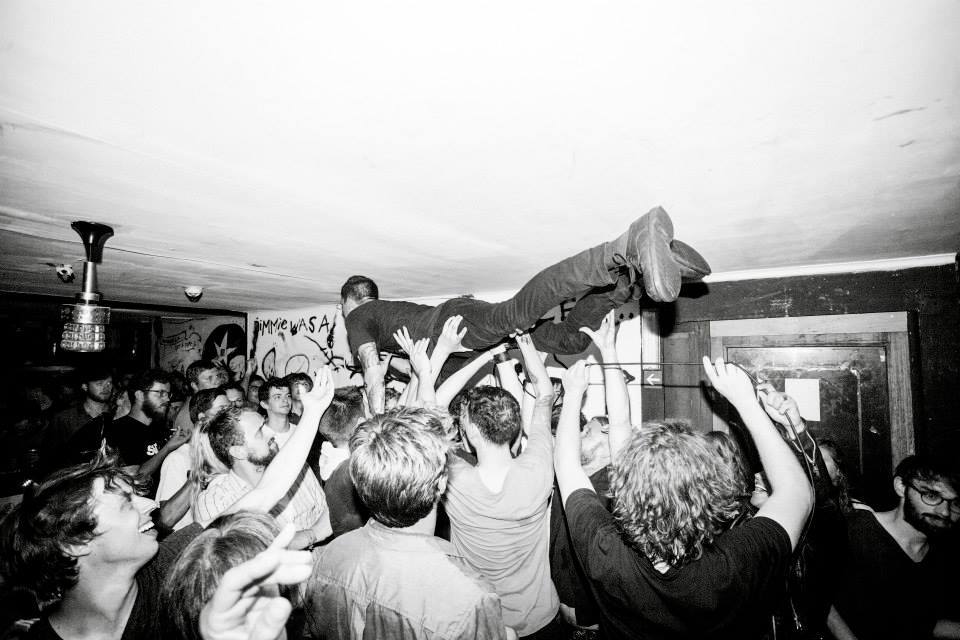 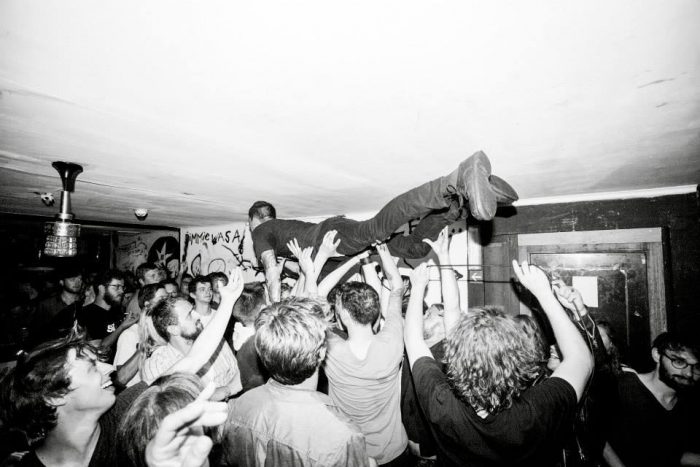 The murderous flight of Crows

A menacing dark flock of (indeed murderous) post-punk garage rock is currently swooping across the UK and landing with a crash into cities such as Brighton, Bedford,  Leeds, Newcastle, Manchester, Birmingham and finally London’s 100 Club for an aptly-dated finale – 31st October.

Even now, despite a growing buzz of excitement about Crows’ relentlessly driven and manic live performances; there remains a mysterious quality to them, in all accounts probably aided by the lack of social media coverage and produced material. However this reviewer feels confident this one is set to rise and rise…

Tensions and temperatures rose even further, however the moment James stepped upon the small stage and stared wild and vacant-eyed across the crowd and launched; easily manoeuvring between regular and 50s-chrome (not to mention tremendous reverb-making) microphones; into a whirling maelstrom of furious dark energy. With the swagger and deep-socketed stare of a young Peter Murphy and a fierce intensity of Nick Cave, whirling this way and that, mike wires spinning, you could not draw your eyes away from him as, several times during the set; James deftly weaved his way through the crowd. At times you wondered when if it was cleverly deliberate at moments during tracks such as ‘Itch’ he howled ‘you’re pushing me away, away, away…’ as he pulled himself backwards from the audience, towards the back of the room, cables spinning and stretching as far they could go.

Tracks such as ‘Goodnight Evelyn’ ‘Whisper’ and new song ‘Ghost Tape #10’ were played out with raw passion and ferociousness, yet with finesse, building to a tremendous climax with ‘Crawling’. A broken guitar string and swift string change at the start of one did not mar the performance; if anything it added to the atmosphere of the long, dark, drawn-out intros which steadily rose to crescendos of exquisite white noise amidst fantastic distortion and spat-out vocals which rang in my ears for many hours to come after the gig, leaving me feeling simultaneously wildly exhilarated and emotionally spent.

At the time of writing, it’s almost the end of this whistle-stop 10-day tour – but there’s no question Crows are flying high, having already supported the likes of Slaves and Wolf Alice. I will be waiting with great anticipation for the album – and more mind-blowing gigs to come…

This is Rachel Velouria Rose first piece for Louder Than War