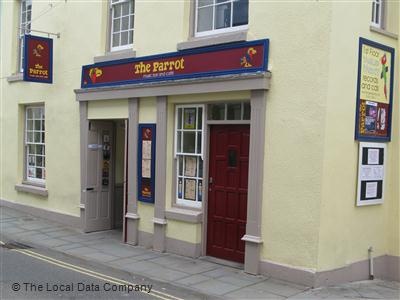 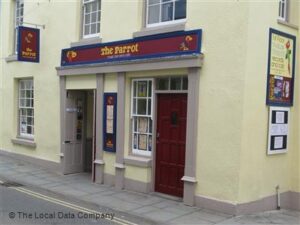 A crowdfunding campaign has started to reopen iconic west Wales venue The Parrot. Full details below.

This August West Wales music venue The Parrot closed after three and a half years. During its brief but bright lifetime it played host to gigs by esteemed artists such as: Cate Le Bon, Meic Stevens, Gulp, Robin Williamson, Alisdair Roberts, and the first public performance since the late ‘90s by David R Edwards (revered front-man of seminal band Datblygu). Based in Carmarthen, the closure of the venue left a gaping hole in the live music circuit and also left many upcoming, local bands without a venue where they could hone their craft.

Now a group of bar managers, gig promoters, musicians, and artists have formed a collective (going under the banner of the West Wales Music Collective) to reopen, improve, and develop the venue. Running as a non-profit organisation the collective’s aim is to make the Parrot a central component to the local community. They plan on raising money through a crowdfunding project which will give everyone who donates various perks.

You can see more about the project at igg.me/at/TheParrot. Full press release:

A campaign has been launched to re-open an iconic Carmarthen music bar.

The Parrot, on King Street, had closed last August – to the disappointment of the town’s music fans.

But now, a new group has been established to take the venue on and run it for the community.

West Wales Music Collective will be forming a community interest group hoping to raise £10,000 to re-open and make improvements to the venue.

The group, which includes the organisers of Carmarthen’s Old Town Festival, also hope to use their experience to run other annual events and music workshops across West Wales.

“It was a shame for everyone in the music scene when The Parrot closed down. Now there’s a risk that the building could be sold off and West Wales losing a great music venue.

“But at the moment we have a great chance to not only open it again, but to make it even better than it was before.

“We’re raising the money to allow us to buy the essentials for the bar, but also to install an air conditioning system, a better sound system and to make some improvements to the building itself.

“Our group is made up of musicians, artists, bar managers and gig promoters who have all been involved in some way over the last three and a half years.

“We have put together a great selection of rewards for the people who donate – all exclusive to the crowdfunding.”

“The group will be running The Parrot for the community, not for profit, so we would appreciate any help people can give us to get started, be that money through the crowdfunding or just helping us to spread the word.”

The crowdfunding campaign launches on Wednesday 22 October and will run for a month.

Steffan (Welsh speaker), Matt and other group members are available for interview.