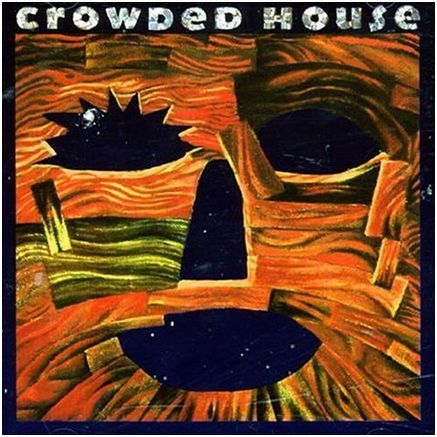 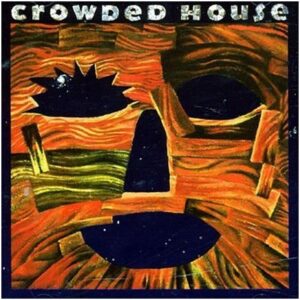 Once you buy an album, especially in the traditional sense of holding it in your hand, or seeing it every day in your (hopefully alphabetised) collection, you start to live with it. Thereafter, the more you play it, the more you live with it. In the thirty years since Crowded House released Woodface, there’s every likelihood that we’ve not just lived with the band’s third album, but we’ve also gradually lived it.

Little did callow youths like me realise at the time, but Woodface serves as a handy primer for adult life. It’s got inter-personal relationships in 360-degree complexity, deeply human emotional insight and snippets of potted wisdom. Such solid life lessons to serve us well for our grown-up futures… potentially.

I’ll admit now that I didn’t catch onto any of this usefulness in my teens. It’s take a while. I even declined a ticket to see Crowded House at The Royal Court Theatre in Liverpool on the Woodface tour, because they weren’t ‘indie’ enough (and I was too much of a knob). I wish I’d realised that Crowded House were never remotely bothered about fitting into any ‘soundalike’ genre box. For that reason alone, Woodface still sounds fresh in 2021, not tethered to any era or sound.

Even the supposed mis-step of releasing Chocolate Cake as their first single now seems utterly fine and dandy. At the time, the band dug in and held out for that to be single number one (as well as the album’s slightly unrepresentative opener). The first impression of Chocolate Cake, focused as it was on gaudy, gluttonous, greedy American materialism, or chuckling at Andrew Lloyd-Webber’s trouserless misfortune, was that it was confrontational.

When you hear its reference to ubiquitous café culture and endless cheap fakery, it now seems a premonition of just how much the insidious coffee chains would over-run our high streets and how the Internet would enable us to be ripped off in a myriad of disconcerting ways. They say that first impressions last. As it happens, what provoked Chocolate Cake’s unfavorable first impression just proved ever more observationally astute over time.

The eloquent colloquialism of Crowded House has always been more likely to tickle you into submission than to bludgeon. Apart from that first track, the lyrics on Woodface mostly provide subtle food for thought or make you appreciate the flawed beauty of being alive, otherwise known as, “Finding out that wherever there is comfort there is pain.” Anyone feeling youthful and complacently bulletproof – beware.

Much has been said over the years of key songs like Weather With You, It’s Only Natural, Four Seasons In One Day and Fall At Your Feet, but there’s so much on offer elsewhere, especially in the melancholy, downtempo run of the final five tracks. She Goes On, Woodface’s penultimate track, must be one of the most moving musical elegies out there, guaranteed to stimulate your tear ducts.

A tribute to Neil and Tim Finn’s mother Mary, it encapsulates the relationship between grief and love perfectly – how they both live side-by-side. Despite the underlying factor being death, the clear message is that love is stronger and that is what goes on. The late Paul Hester goes on through this track too. The affirmation, “In her soft wind, I will whisper;/ In her warm sun, I will glisten,” is the sort of feeling that that so many of us have come to live with in the years since 1991 – the Finns’ words helping us through.

As we age, Woodface remains youthful – as vibrant, compassionate, witty and wise as ever.

You can find Crowded House online here. They are also on Facebook and Instagram. Their latest album, Dreamers Are Waiting, is out now