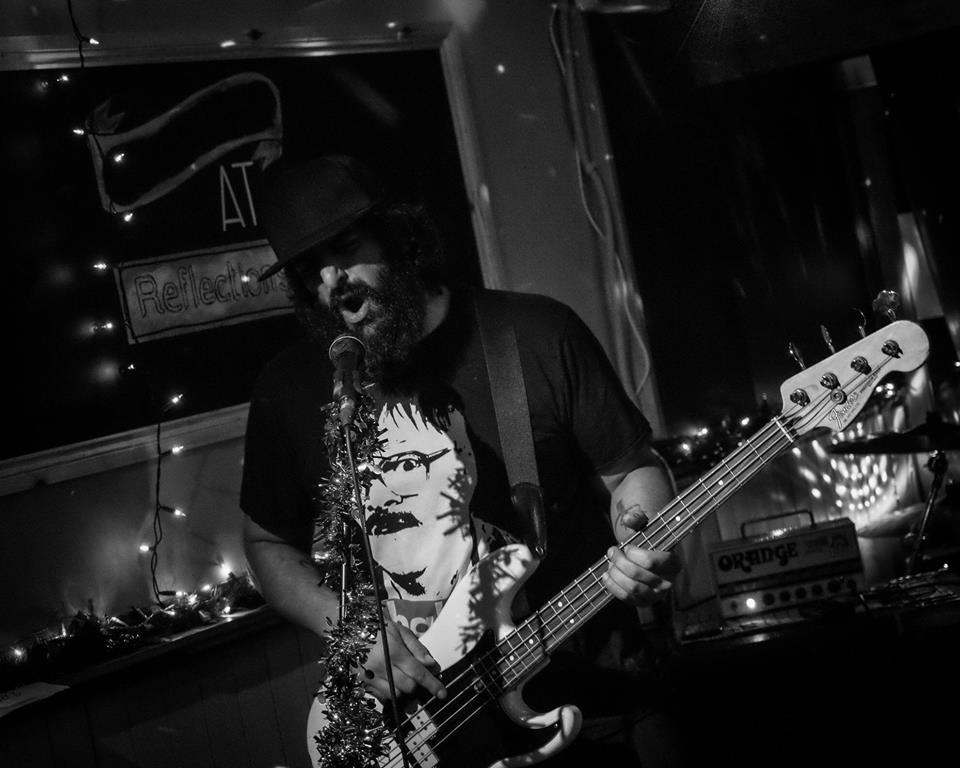 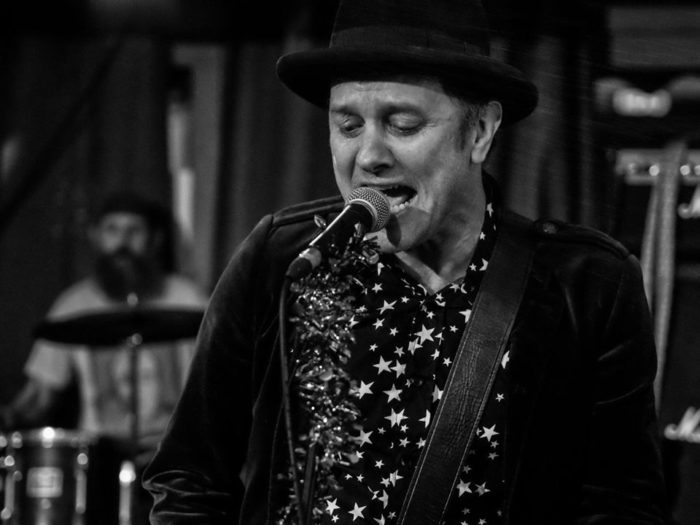 Sue Blackwood was glad she battled the freezing rain and gale force gusts, headed way across town, to the strange-lands of Shirley. Here’s Why…

“Blues with shoes, Punk with Funk, Where machines do the talking and the vibe does the walking!”

My first reaction to tonight’s gig was “It just keeps getting better and better”.

It’s been a year since Perry Flatt (vocals, guitar) and Pete Hutton (drums) of The Flying Alexanders went into the studio to try out something different. An instrumentals band with no vocals.

A few hours later, they definitely felt ‘onto something’. The idea had already grown substantial legs.

In January of this year, happenstance brought Onion (bass, vocals) of Stone Them Crows into the mix. Two became three and a new band, The Crow Flies, was formed.

See what they did there with the name? It’s as a semi-amalgamation of the members’ previous band names. I did have to have this pointed out to me, I confess.

The idea? Why, to blow the room away, of course.

They’ve been doing just that since their debut gig in February at The Talking Heads.

Vocals became part of the set and they’ve come a long way in a few short months. Every gig has something new brought to the show, which has made their performances different and exciting every time. 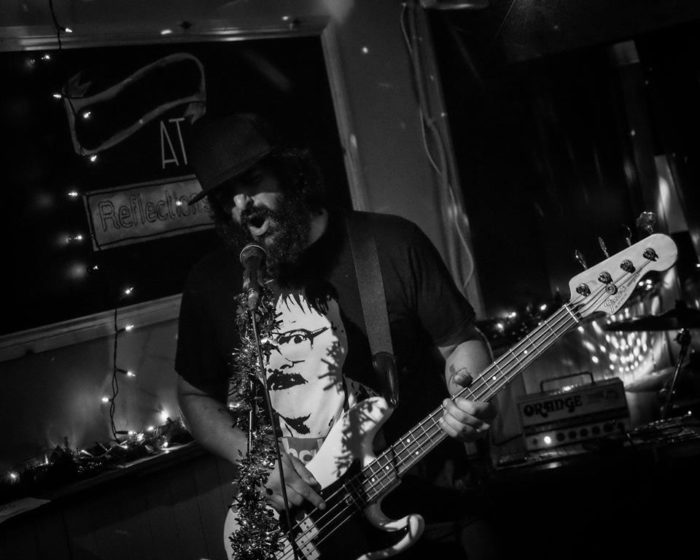 The Crow Flies represents a powerhouse of talent, notched up experience and nouse. Their performances are mesmerising, from the moment they walk on, it’s full throttle and they own the room. The energy flying about and interaction between the three of them is quite a buzz in itself.

Their sound is, what to say? A fantastic concoction of all those long cherished influences, absorbed over the years. There is a lot in there and it’s all REALLY LOUD. I love how they pack as much in as possible. Many different styles, vying and dancing in and out. The play between Perry and Onion is, at times, quite awesome. Their interaction with Pete and then, there is just Pete, all on his own, from Planet Pete. Watching Pete enter another universe during his performances on these sets has been a splendid thing to see. He completely owns it, from wherever it is he goes to at such moments.

That man whips up a mighty, stompin’ storm and summons up the Devil, all in the space of an afternoon’s playing. He has to be seen to get the full effect. As, indeed, do all three of them.

Some great pedal effects, reverbs, echoes and kicking guitar playing. I know it’s uncool to list every previous band who you can’ hear’ in the mix, but I’m not cool, so here’s my take on it. Obviously there’s a punk influence, with quite a lot of knowing wit in the delivery, which is a good touch. Hendrix, The Doors, Led Zep, Thin Lizzy, The Cramps (‘Mad Daddy’), Motorhead, late ’60s psychedelia in general, a lot of choppy, funky riffs, a Mancunian (Gallagher) moment. Then there are little twisty turns, like the surfer sound, with a guitar hook reminiscent of 1960s spy film scores, surf music and Neal Hefti’s original score for the 1966 Batman TV series.

I’ve seen them three times this year and it’s been great to see how they’re growing and taking off. The addition of a sampler in October has added a further dimension to the band’s sound. This final gig of the year at Cafe Reflections blew the roof off the place, from the walk on opener (a snide polemic on Theresa May’s Brexit speech, impressively ad-libbed throughout by Perry) to the crashing, spectacular finale. Well done, fellas.

Anyone who can offer the band any small festival or support slots please contact them on their Facebook Page.