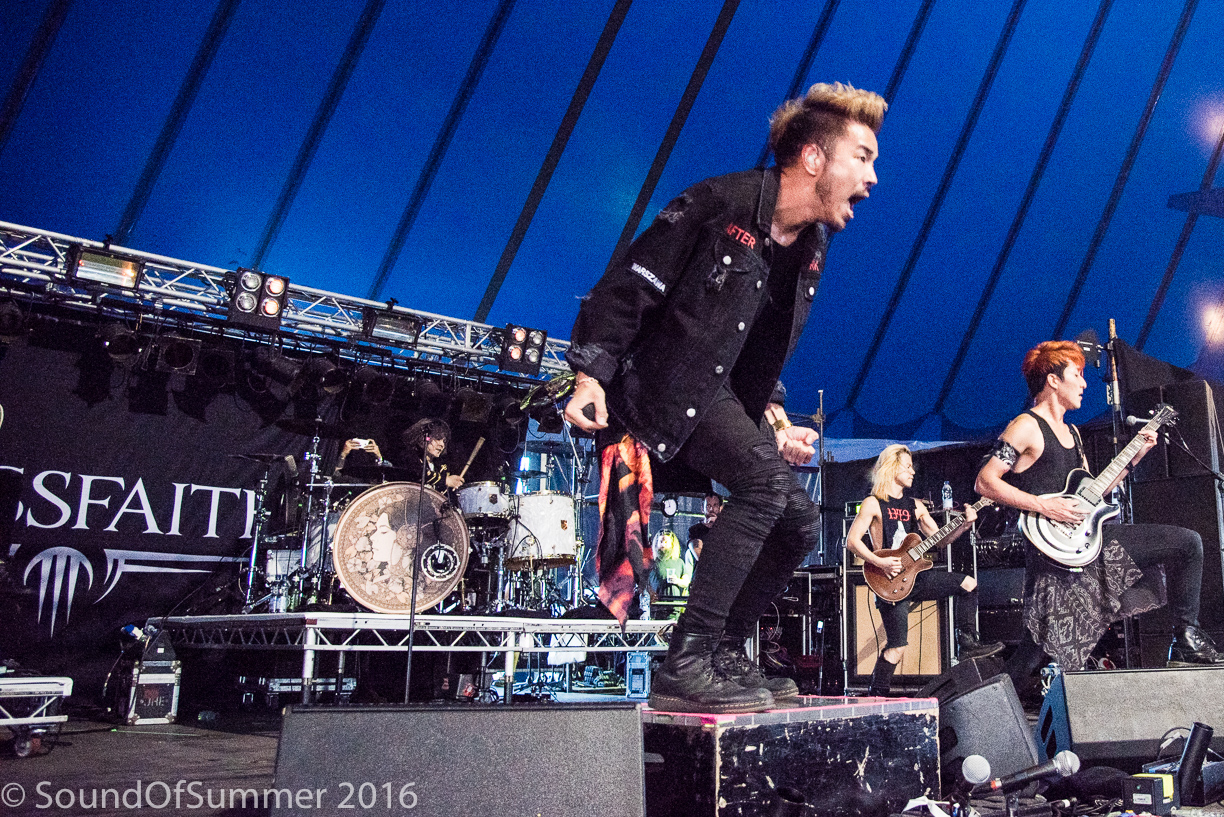 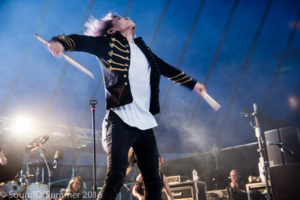 Japanese electronicore outfit Crossfaith have been back in the UK to play some major festivals including Reading And Leeds.  Alan Ewart catches up with them and checks out their set.

It could be argued that you don’t “get” Crossfaith until you have seen them live.  I have had that pleasure on a number of occasions recently and believe me a Crossfaith gig is something that will stay long in the memory.  If you were to sum up Crossfaith in one word that word would have to be exciting.  Their live performances pump the crowd up to a level of excitement rarely seen elsewhere.  The crowd and the band feed off each other to achieve a thumping, pulsing cacophony of ear splitting quality and a seething mass of sweating bodies jumping and swaying to a thumping rhythm section.

The combination of bass and drums is the heart of any good band but in Hiroki Ikegawa on bass guitar and drummer Tatsuya Amano Crossfaith have a combination without peer.  Amano’s drumming is a revelation.  He is simply a genius with the sticks as he twirls and tosses them around seemingly without so much as a glance and without missing a single beat.  It seems that he has a magical connection with the sticks and with Ikegama, replete so with his black makeup, who leaps around the stage like a whirling dervish his pumping bass driving the songs along at breakneck speed. 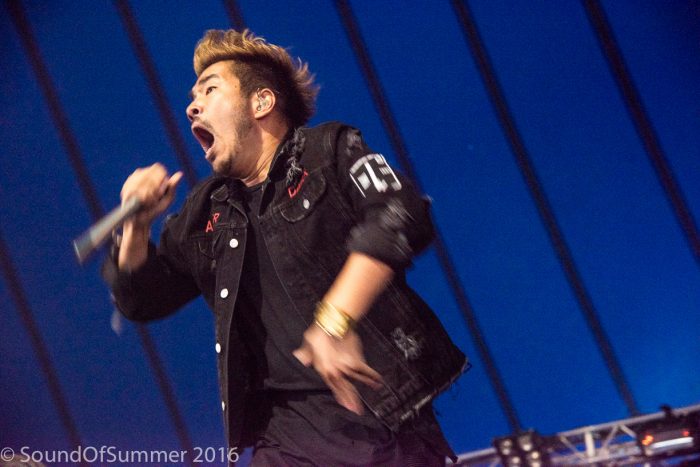 Crossfaith’s sound is something of a departure from the norm in the metalcore and hardcore scene.  The addition of keyboards and a willingness to combine electronic and dance music into the genre sets them apart with perhaps Enter Shikari being the nearest British comparison.  Speaking before their set at Reading Crossfaith told me that their sound was influenced by the likes of Slipknot and the Prodigy and they certainly bring the same sort of energy and excitement to their seats do those monsters of the genre.

As a band they enjoy listening to music as diverse as reggae and hip-hop and you can feel all of those influences in music that successfully blends them all together.  This blend of styles was exemplified when Benji Webbe from Skindred joined Crossfaith onstage at Reading. 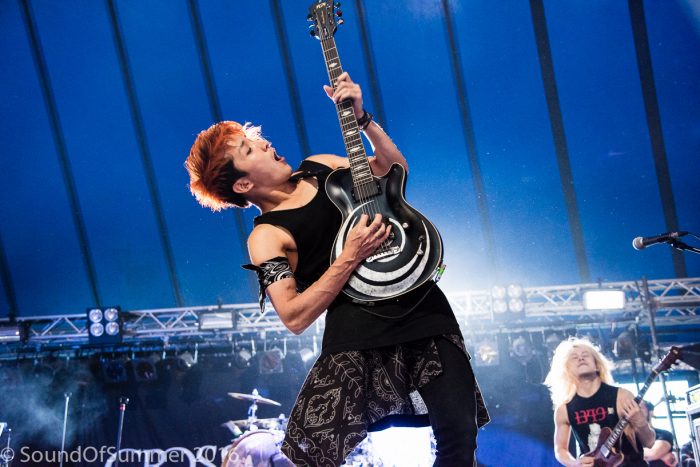 One thing is clear, Crossfaith are gaining a lot of momentum with rock fans in the UK, something they are hugely grateful for as they told me that it was always their dream to take their sound beyond Japan.

“It is always amazing playing in the UK, especially at festivals like Reading and Download.  We see a lot of American culture on TV at home but the British culture is very different.  British music fans are so passionate and really throw themselves into enjoying their gigs.  This really helps us on stage because we are enjoying it as much as the fans are.”

“When we toured recently with the One Hundred and Qemists it was incredible becasue the Qemists are huge in Japan.  We have a brilliant tour coming up back home with Enter Shikari and Beartooth it will be incredible.”

It is over a year since Crossfaith’s last album, the well received Xeno, and the boys told me they have been working hard laying down material for their fifth studio album, we can expect release in the not too distant future so watch this space. 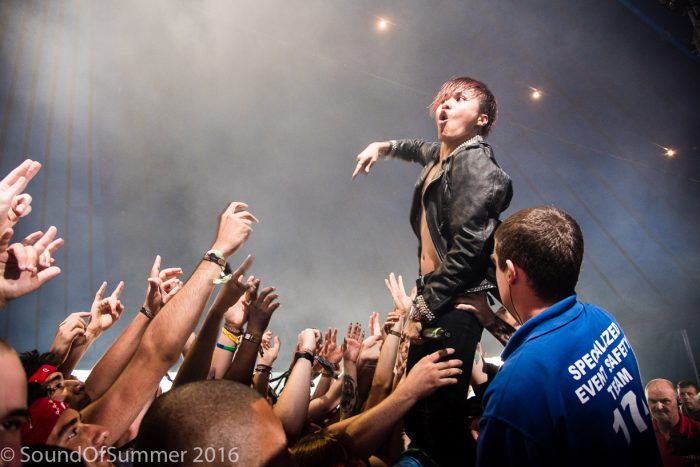 As many Crossfaith fans will be well aware that the band have previously toured with Architects and the loss of 28-year-old Tom Searle to cancer recently has affected them deeply.

“We still can’t believe Tom is gone.  He was such a greater friend and the nicest guy you could ever meet.  He was always happy and passionate about his music, he told virtually no one that he was so ill so his passing was a massive shock.  We can only think about Tom’s family at this time.  When we first met him he was so caring and took so much time to learn about Japanese culture.  It is a real tragedy and everyone will miss him so much.”

We finished by asking Crossfaith if they had a message for their UK fans and they had a simple one.

“Thank you for all your support, you are always amazing.  Please check out our new video and keep an eye out for new material in the months to come.  We can’t wait to come back for another tour and we look forward to seeing you all then.”

I know I will be watching Crossfaith closely as they are one of the most exciting bands in rock music today.