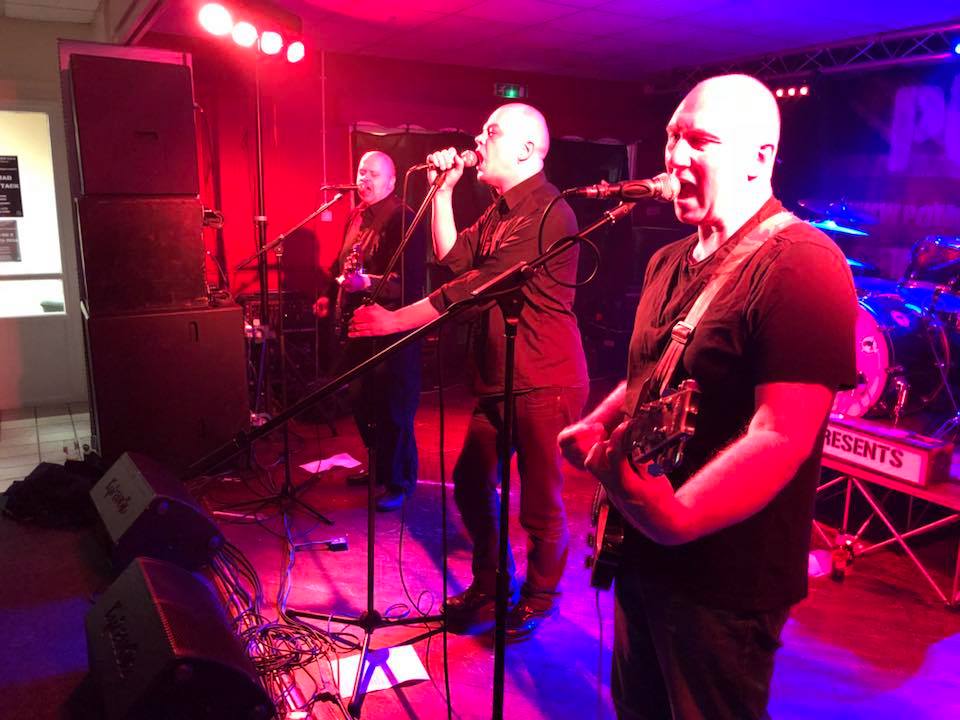 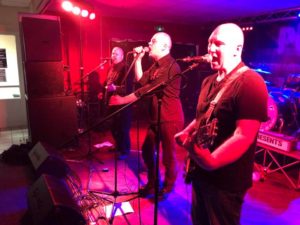 Reformed politico-punks travel down to Pompey and play a strange but wonderful gig at a caravan park. Ged Babey goes round in circles trying to find it and ends up in a timewarp where punk was a serious business.

This gig, promoted by the irrepressible and enthusiastic Colin, should have been at the Rifle Club – one of Portsmouths many small venues which sporadically turn into punk rock nightspots before going back to cover bands, bingo and meat raffles the next day.  Some kind of double-booking meant it ended up at Nelsons Bar – a function room at a seafront caravan park.  A weird venue for the most serious, political and po-faced of reformed punk bands; Crisis.

There they are, all-in-black, unsmiling, intense, pumping out songs about concentration camps and when you nip outside for a fag you stand next to Tinky-Wimky, Dipsy, La-La and Po whilst caravan enthusiasts eat their scampi & chips behind the big glass windows. 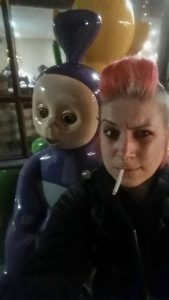 Support acts for the night were Portsmouths retro-punk heroes (fronted by Mike Malignant) Archive 45 played their usual knockabout set of sex-obsessed and drug-fuelled rock’n’roll vignettes – with an ear-splitting guitar sound which sounded like a machine shredding glass! ( Which probably wasn’t intentional – but they carried on regardless!)

Watch You Drown – who normally never get a ‘full’ enough sound actually benefited from the fucked-up amp or overloaded PA and sounded immense -the guitar for once not being thin and semi-submerged by the tune-carrying basslines and all-round-the-kit drumming.  The songs from the Two Minute Hate  mini-LP really came into their own.  Like a lot of bands, juggling day-jobs, music and life  WYD possibly don’t practice as much as they’d like; enough to reach their peak potential … but tonight they certainly did.

And so, to Crisis….  the place was packed and there was an air of expectation…. this is a band who are actually, proper ‘legendary’. Record Collectors and full-on punk obsessives were in attendance. The pissed-up, Friday-night party atmosphere was at-odds to Crisis furrowed-brow material – something which I had seemed to have forgotten about….    Fuckin’ hell we must have been miserable, serious-minded teenagers, devouring Crass, Crisis and the Pack.  War, death, horror … repression, oppression, fascism… we must’ve been a barrel of laughs during the best years of our lives!  The truth was I suppose that these were basslines and guitar tunes which even the most untutored guitarist could master.  This was politics and history which wasn’t as dry and tedious as taught in the classroom….

Fast Forwarding back to 2017; Crisis,  shaven-headed (or bald) in matching black-shirts and trousers, are a very serious band. Showmanship is replaced by dour intensity.  White Youth and Holocaust sound like doom-laden echoes from the past.  ‘We are black, we are white, together, we are dynamite’ intended as a positive affirmation of racial harmony, does not quite sound as convincing as it could.  The fact Crisis just play the songs and don’t engage or communicate with the audience makes it a tableau or simple recital of the songs – when some sort of context or explanation is needed maybe (for the benefit of younger people in the audience).  But then again it’s a mostly 50-plus crowd who know the songs and there was plenty of cheers and dancing.  They went down, surprisingly well.  The crowd, a pretty much full house seemed to love them. Musically they are spot-on; disciplined and exact … but lacking in any visuals, dynamism and…fun… I’ll be honest, my concentration got lost…

It was a strange gig.  Crisis were an important and inspirational band (on a par with Joy Division at the time, way back) and one of the first bands to actually forge the post-punk sound of ‘sharp and angular’ anti-rock’n’roll.  In these sour times after a weeks wage-slavery I’m afraid I was probably in need of more smooth, dumb rock’n’roll…   ( I don’t like “slagging bands off” -the problem was me, not the band).

But an interesting night, with Watch You Drown coming away with the band of the night crown – and the most surprising person in attendance at the gig – Mr Donny Tourette! – Complete with his new hairstyle and a local lady on his arm.   I dunno –  you go and see a nice dour old punk band and end up rubbing shoulders with a Celebrity Big Brother contestant – only in 2017, only in Southsea.

Photos by Andy Matthews and India Calver. (nicked from Facebook without their permission xx)