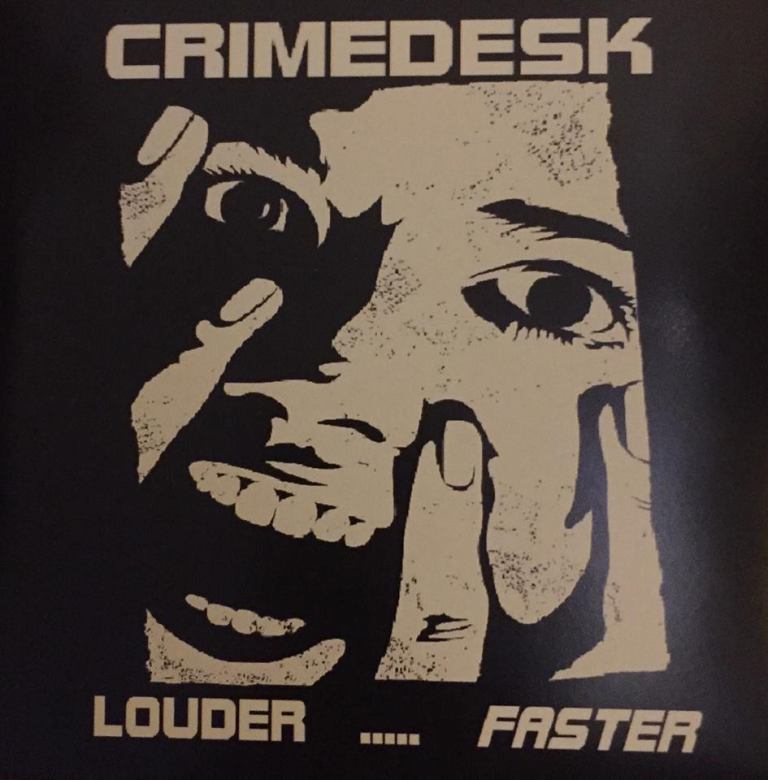 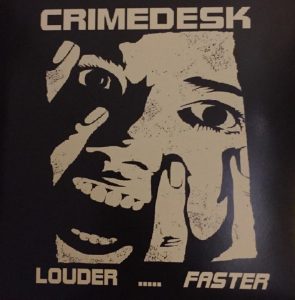 Crimedesk have been around for ever, it seems; originally formed in Glenrothes, Fife back in 1979, they returned to the fray a few years back after the typical jobs/kids/mortgage saga that we’ve all experienced. They play regularly around the Scottish punk scene and are the most unassuming of bands. Frontman Alan Cormie understands that they’ll never be global superstars but the band love the noise, the sweat and the damn good times that comes from doing what you love. They are invariably on the bill of every all-dayer and charity gig that happens and despite the big noise they make on stage, they’d never be accused of being anything other than regular guys who love what they do.

A couple of previous EP releases didn’t exactly set the heather on fire as the band found their feet and confidence. This new album redresses the balance and then some. Firstly, the production is excellent- big, brash, sparkly and full of life. I’m not sure where they recorded this but Cormie tells me that the band spent a fair bit of time getting this one right and he’s spot-on; they have got it right in bucket-loads.

The next thing that grabs the listener is the playing; they’re a three-piece but the sound is expansive and exciting, none of the typical three chord thrash here, there’s a poppy element to some of the changes and choruses and in bassist Alan, they have a guy who adds a slice of musicality and muscularity to the songs. Cormie’s guitar slices and fizzes and drummer John has an energetic style that breathes fiery life into these tunes. 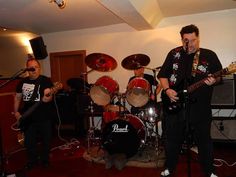 Finally, the songwriting is a real step-up in quality for the band; they’ve been playing some of these songs live for a while but the versions herein have upped their game considerably. Opener “The Louder You Scream, The Faster You Go” is a sizzling slice of pop-punk that recalls Stiff Little Fingers or Generation X and sets a high standard for the rest of the record. Fear not; the following nine tracks stand the test and are as good as the opener. “WTF You Looking At” has a choppy feel and a chorus that eats into the grey matter. “Future Engraved” is that punk album staple, a song about the futility of war but is salvaged in fine style with Cormie’s minor chord changes and the looping bass line.

“Freaky Street” is about that Saturday night feeling of walking home through the carnage of the pubs turning out and manages to name-check Crimedesk faves the Stranglers (“listening to TheMeninBlack”) and is a whole lot of good-time fun. That’s the key to Crimedesk;it’s all about the not-taking-oneself-too-seriously that engages. They’re enjoying themselves thoroughly on this album and that vibe shines like a beacon from the songs and to the listener. “Never Give Up, Never Give In” is a manifesto of sorts for a band that have ploughed a lonely furrow for many a year.

The sentiment says it all; stand for what you believe in and don’t let them grind you down. Crimedesk have certainly done that and this new album is a record that will prove to many doubters just what they’re capable of when they put their mind to it.

This is one they should be rightly proud of.

All words by Joe Whyte  whose author profile is here.