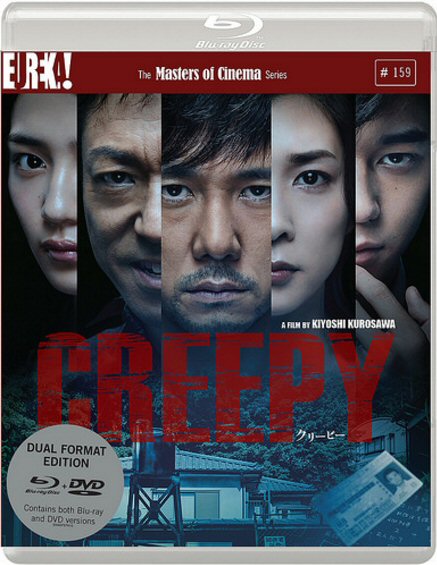 Based on the award winning crime novel of the same name by Yutaka Maekawa, Creepy begins with police detective Koichi Takakura (Hidetoshi Nishijima) interviewing a psychopath who has murdered eight people. The man escapes and holds a woman hostage, threatening to stab her neck with a fork. Which he does but only after almost killing Koichi with same fork.

Within the space of a year, Koichi and his wife have relocated to a suburb of Tokyo, seeking the quiet life and he’s found new employment as a university professor, lecturing on criminal psychology – interestingly, Kurosawa himself doubles up as an academic in a parallel career, lecturing on filmmaking theory and practice.

When former colleague Nogami (Masahiro Higashide) requests that he take a look at an unsolved case where a family vanished, leaving behind a daughter who is considered to be an unreliable witness, Koichi feels duty bound to investigate the disappearance on an unofficial basis.

Meanwhile his wife Yasuko (Yuko Takeuchi), encounters a neighbour called Mr. Nishino (Teruyuki Kagawa), an eccentric man who suffers from regular and colossal mood swings and whose wife, according to him anyway, suffers from depression.

Yasuko takes an instant dislike to him, finding him, well, creepy. Koichi likes him even less although as he explains to Yasuko: ‘Most dangerous criminals are super nice to their neighbours.’

These two narrative strands slowly start to converge when Nishino’s ‘daughter’ Mio (Ryoko Fujino) seeks out Koichi to make a revelation about family life next door and Koichi asks Nogami to run a check on Nishino. 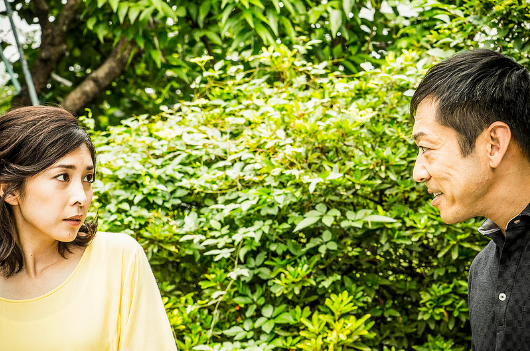 Utilising a couple of his regulars in key roles, Hidetoshi Nishijima and Teruyuki Kagawa, together with some other fine Japanese talents, Creepy features uniformly strong performances with Kagawa in particularly fine form.

It’s gorgeously shot with moments of virtuoso cinematography and, unusually for such a dark tale, it features some bright and vivid colours – I hadn’t realised that Japan could be such a green and pleasant land – well, the landscape anyway in this case – even when not downright hostile and unnerving like Nishino, the new neighbours appear an insular and not too pleasant bunch.

The bulk of Creepy could be described as a psychological/crime thriller and I enjoyed the languid pace and slow-burning yet intense intrigue. The nauseating finale – where Kurosawa’s key influence seems to switch from Alfred Hitchcock to Tobe Hooper – is certainly gripping too although once the film moves into overt horror there are some twists and coincidences that I couldn’t completely believe.

Which is a shame as there is so much to admire about the movie.

Extras include an enlightening new interview with director Kiyoshi Kurosawa and a booklet featuring an essay on the film.