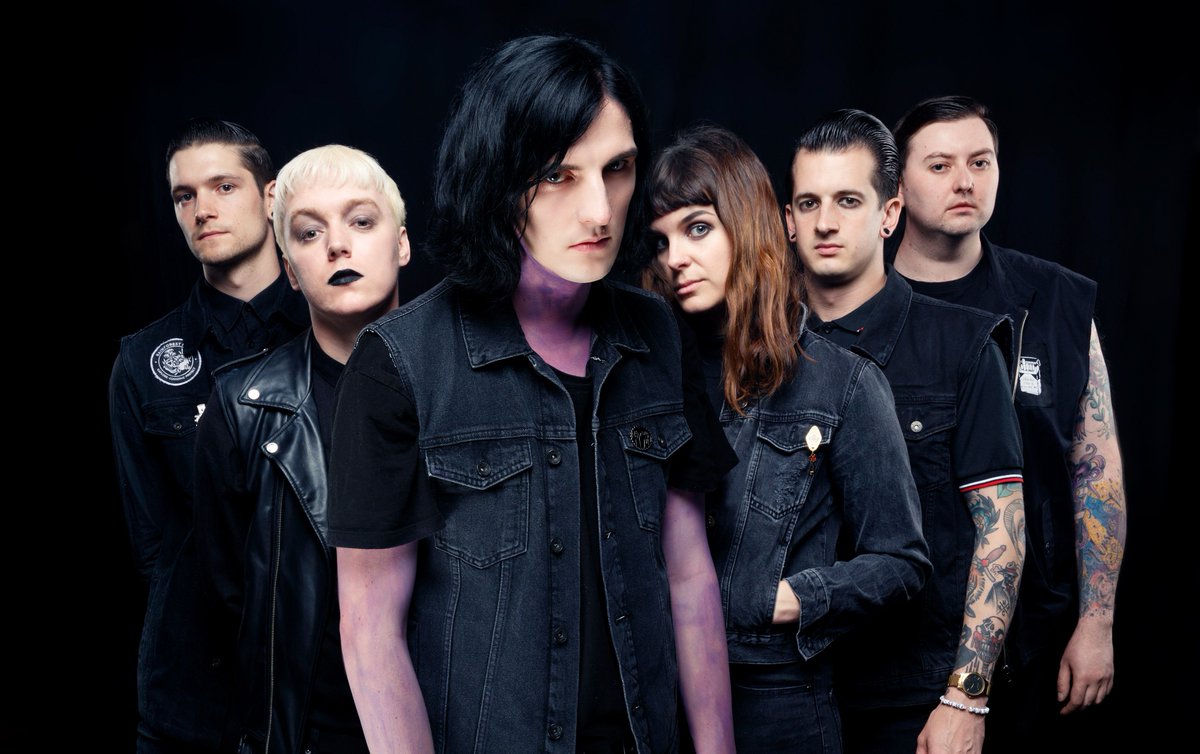 Creeper are being spooky again: UK Headline Tour is Announced 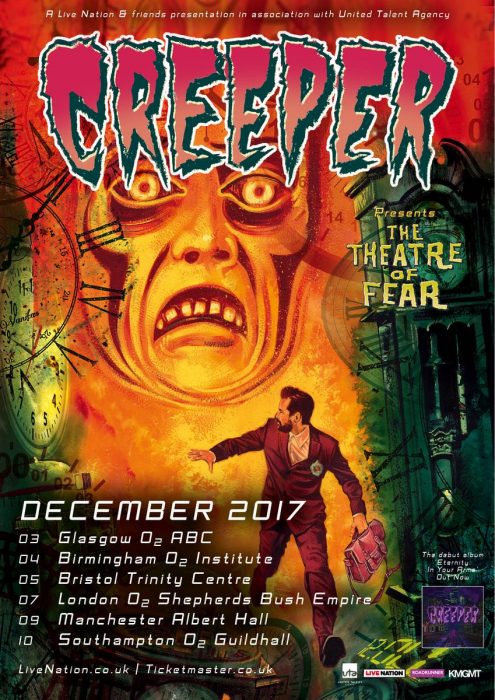 Taking on the mighty main stage at Download Festival send a clear message, Creeper’s creative and sincere narrative of darkness, vulnerability and escapism is just as potent and engaging in a large arena in the middle of the day as it was in the small bars and clubs of the past three years.

Notably newer tracks Poison Pens, Hiding with Boys and Down Below sounded dynamic and amplified making to fill the open space. Will Gould introduces the final song by explaining “It seems to me we have some important choices to make at the moment. The choice of love, the choice to not be terrified, the choice to live” I Choice to Live beautiful in its simple sincerity has found an immediate and emotional place in heart of fans and they sing along with exposed emotions.

Creeper had teased that something would be happened, aside from their set at Download. News broke towards the end of the week, when an eager fan spotted a tour notice detailed in the Download programme, preempting the band’s usual unique style of circulating news. However, this is Creeper and this wasn’t going to stop things getting a little spooky.

Friday saw activity on sites relating Creeper’s debut album story arch with a link to a page about a strange incident that took place at the Southampton’s Worlds Fair. The band’s own social media took a more direct approach inviting all to the Creeper Theatre Of Fear Tour and explaining this tour will be a one of a kind production brought to six theatres across the UK this December.

Most certainly a leap in venue size, Creeper themselves state that these will be “Our biggest ever headline shows, they will also be the most significant in the scale of ideas surrounding them. After a year travelling the world, we are excited to bring home our most ambitious project to date” Our Southampton favourites can however not help themselves. Of course, this is Creeper and they finishing their statement with the promise that two years after James Scythe’s disappearance this December we’ll be shaking hands with the stranger of tomorrow and again throwing fans into their amazing yet strange world.

Creeper: Theatre of Fear UK Tour is as follows:

The wonderful world of Creeper is waiting for you to join them and you can do so their official Facebook page,  their official website and follow Creeper on Twitter where the band tweets as @creepercultuk.