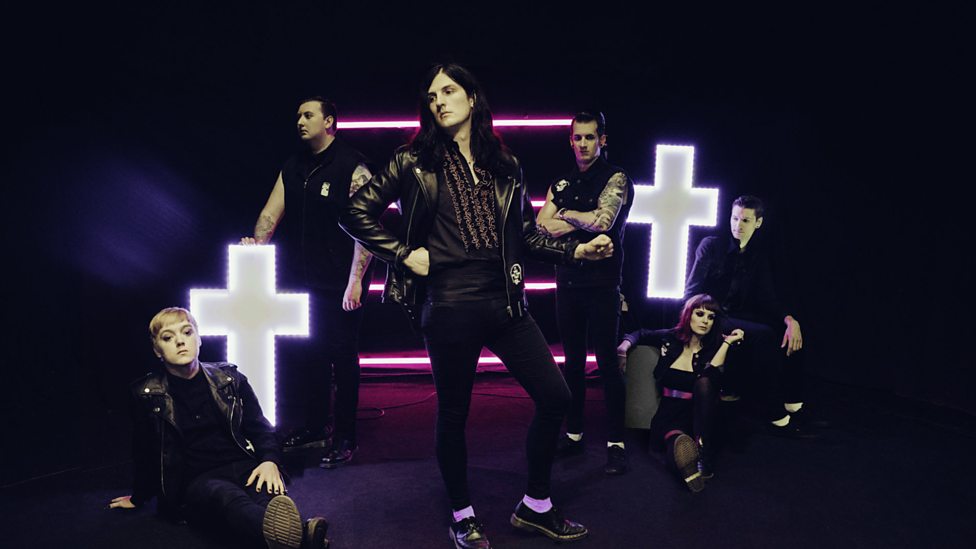 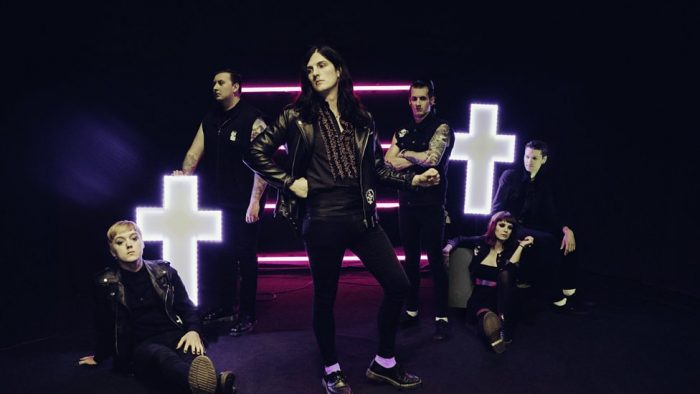 At the end of August Southampton’s, Creeper vanished after their performance at Leeds Festival and via links on their social media directed fans first to The Spectral Sceptic website posing the question; where is James Scythe? And then spent September dropping clues and teasers on what had happened to the punk rock band; culminating in a big announcement on October 2nd.

At 7:15pm on October 2nd on Radio One’s Rock Show, hosted by Daniel P Carter, Creeper ‘reappeared’ in the form of the exclusive first play of their new single Suzanne the first track from their debut album Eternity, In Your Arms which was announced at the same time.

“’Suzanne’, although familiar, is a new landscape to explore, and a perfect introduction to the world of our album,” says vocalist Will Gould. “We’ve worked to refine our sound, toying with elements of rock ‘n’ roll and blending this together with the 90s punk we grew up on. We hope that this first single will act as a striking message of our intent and ambition.” It certainly does, Suzanne, is a punk rock n roll explosion of unreserved rebel yells, breathy sighs, and melodramatic angst. Instantly and enthusiastically received by fans on Twitter, Facebook and due to a high volume of requests Radio One repeated the track less than an hour later.
After more than a month since disappearing the Creeper announcements continued at a pace. On Monday October 3rd, a new video to accompany Suzanne was released and pre-order links for the album, that included some sizable bundles with signed coloured vinyl, exclusive T-shirts and enamel badges, there is also a very special bonus for those that pre-order the album from the Roadrunner UK store an automatic entry into a draw to attend an intimate and exclusive invite-only event in London during January 2017 to see Creeper play live.

Of Creeper’s debut album Gould explains “’Eternity, In Your Arms Is a record, this time not only about being young and heartbroken, but about transition, about age and loss. Not only the loss of life, but the loss of ourselves. The pieces of the people we were.” Released on March 24th 2017 Eternity, In Your Arms will be preceded with the release of Suzanne on November 11th 2016.
Creeper signed to Roadrunner Records mid-2015 and a combination of high energy theatrical live performances, two near flawless EPs ‘The Callous Heart’ and ‘The Stranger’ as well as the amiable and inclusive personalities of the band themselves has assembled, Creeper an ever increasing fan base. This year has seen Creeper twice tour the US, appeared at Slam Dunk, Bestival, Camden Rocks and 2000 Trees as well as share stages on tour with Andy Black, Neck Deep, Frank Carter & The Rattlesnakes and Moose Blood. The band were also named Best British Newcomer at the Kerrang! Awards and Best New Band at the Metal Hammer Golden Gods Awards. Creeper finish a rollercoaster 2016 with nine shows alongside Pierce The Veil and Letlive.

Eternity, In Your Arms (Roadrunner Records UK) is available to pre order on LP, CD now all pre-orders include an instant download of Suzanne.
The debut album runs to eleven tracks as follows:

Suzanne will be release on Roadrunner Records UK November 11th and will be available via iTunes.

On Tour with Pierce The Veil and Letlive, for ticket information contact the venues directly or visit the bands tour pages for ticket links: