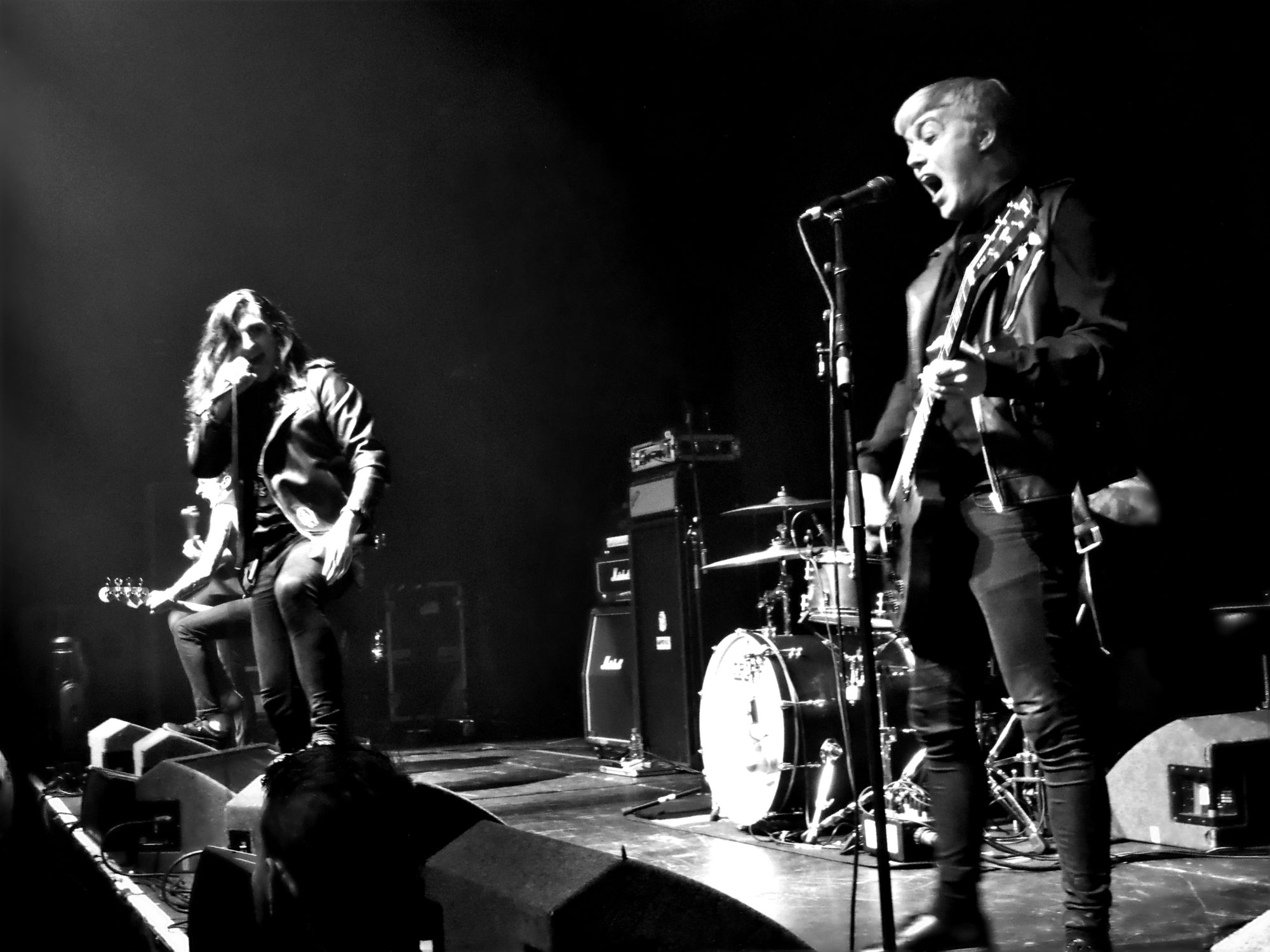 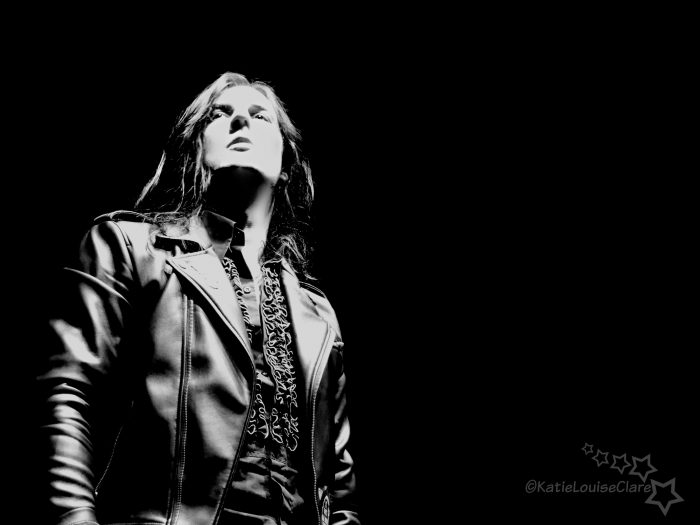 Having vanished earlier this year after their Reading Festival slot, leaving a supernatural puzzler for fans to unravel, Creeper reappeared with a new song as well as announcing details of their debut album Eternity in Your Arms due late March. Creeper are closing out the year on the cusp of a wave, currently paying their supporting dues for Pierce the Veil on their European tour. Louder Than War, never willingly missing a chance to catch the great Southampton export, sent Katie Clare along to a packed-out Manchester’s Academy to join the mosh pit.

Manchester Academy has played host to an early evening meet and greet with tonight’s headline band, Pierce The Veil, which delays the doors opening so when finally the long queue for the sold out show, are allowed in from the rain there is plenty of animated running and squealing only to find the front row populated by those already inside. Soon there are as many Creeper shirts as PTV shirts; the Callous Heart may not be the backdrop tonight, however it is mobile on jackets and t shirts throughout the venue.

Creeper enter the stage almost one by one, allowing the arch of the cheer to soar and then slowly fade as the band 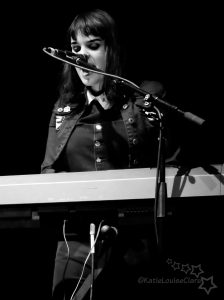 turn away stand still allowing near silence to fall, before exploding into VCR.  Darkly melodic and wonderfully fluid VCR manages to exhibit some solid hardcore undertones – hallmarks of Ian Miles and Will Gould’s previous band Our Time Down still evident in these earlier tracks. With not a pause they break into Black Mass, then The Honeymoon Suite; each note, each beat and each word are all vital and crucially incorporate a full range of emotional shades from the most dazzling to the very darkest of shadows. Combining this with energy and spirit Creeper genuinely and consistently create music and deliver live performances that are seriously thrilling – tonight is certainly no different.

This tour brings us for the first time live Suzanne, released just two months ago as an instant gratification track on the day they re-appeared to announce the drop date of their debut album, Eternity In Your Arms. Creeper’s punk rock aesthetic works beautifully along with their very decisive musical nod to all things glam and emo. An inclusive appeal , with a propensity of exuding affection and understanding immediately marks them out as significantly more interesting than most of their contemporaries. Distinctly evident on Suzanne with its crowd tantalising rally cry, breathy expectation and the pure gothic angst ridden romanticism of the lyrics takes you to another place through headphones – live it nearly floors you.

Next Valentine and Astral Projection; the audience is already truly immersed in the show, and as always, there is 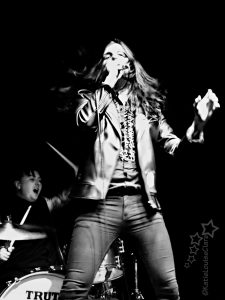 more going on than is possible to absorb. Guitarist Oliver Burdett and bassist Sean Scott are owning stage left; how they manage to avoid colliding as they race around each other is yet another Creeper mystery. Drummer Dan Bratton’s vigorous, sometimes metronomic rhythm resonates with depth and warmth; unusual in punk rock and that uniqueness can also be found thanks to Hannah Greenwood’s keyboard work and vocals which adds a further dimension of richness. It’s hard not to be engaged in Will Gould’s performance, which consistently resonates with an unfathomable dynamism, he radiates as much passion for these songs as the audience now do. in unison, singing his words back at him.

Gould thanks Pierce the Veil for their invite to join them on this tour and the audience while Ian Miles changes to an outstanding looking purple guitar, which he’ll manages to make each note from float like mist around the lyrics of what everyone knows will be the closing number of their painfully short set. Misery slides in gentle and charming twisting into an achingly perfect streetlight serenade: Lost love? Unrequited love? A love that never was? Regardless it’s the lament of a suffering heart a misery that as as well as being universal, indeed “never goes out of style”.

Creeper arrived, as such, this past 16 months at this point they are a strong unit with an envisaged concept. This isn’t shade, contrived Creeper certainly are not, they have clearly carved out their own narrative and are a band with a genuine love for music, its history and who have a striking awareness of what music is capable of accomplishing. The excellence of Creeper what they create and perform collectively and tonight in Manchester their combined accomplishment was to get an audience of nearly 3,000, made up of ‘fans of the other bands’ as well as Callous Heart wearing Creeper Cult members; captivated, animated and exhilarated and that they did magnificently.

Eternity, In Your Arms (Roadrunner Records UK) will be released March 24th 2017 and is available to pre order on LP, CD now all pre-orders include a free instant download of Suzanne.

Suzanne was release on Roadrunner Records UK November 11th and is available via iTunes.

Creeper are currently on Tour with Pierce The Veil and Letlive, the final shows on December 5th & 6th Dublin, Academy – for ticket information contact the venues directly or visit the bands tour pages for ticket links:

All words and photos by Katie Clare. More writing by Katie on Louder Than War can be found at her author’s archive. She can also be found on Twitter where she uses @tokyo_katie.