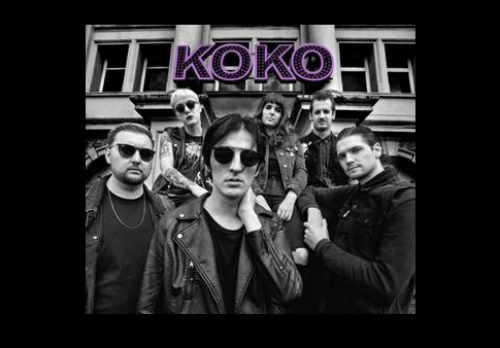 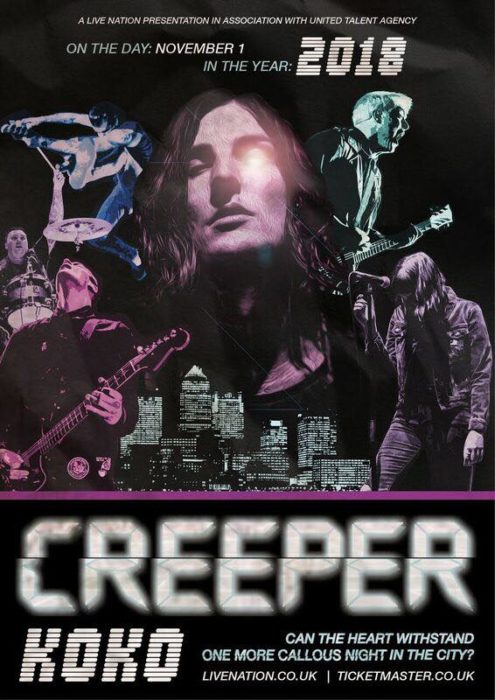 Our favourite Southampton punks, Creeper, have announced a special one-off show at KOKO on Thursday 01 November. What can we expect now from a band that likes to keep us chasing clues down blind alleys and quite frankly a heck load of other spooky stuff?

Well, the font on the poster is all very Back to the Future and you could argue that the artwork looks inspired by films such as Bladerunner, Logan’s Run and Westworld among others. Does that mean they’re visiting the past, ending the present or throwing us all into the future somehow?

The tagline stirs things up even more.

CAN THE HEART WITHSTAND ONE MORE CALLOUS NIGHT IN THE CITY?

The Callous Heart is the emblem worn on the back of jackets and t-shirts by devotees and the name of the gang in the bands long-running narrative. Which well, would take an awfully long time to explain and even then its without a concrete conclusion … currently. But are the Callous Heart on the brink in some way? Is there a way they can survive? Will the Stranger be there? Will James Scythe?

Only Creeper knows what happens next and they won’t be making it easy. Exhibit A: Creeper’s tweets into the mix and the puzzle becomes a riddle and a muddle of both.

Well, one thing we can say with confidence: It may be the day after Halloween, however, Creeper will certainly have some tricks and treats up their sleeve for all at this special one-off show.

O2 Priority tickets on sale now, Live Nation priority on sale Thursday 6 September 10 am and General sale go on sale at 10 am on Friday 7 September.