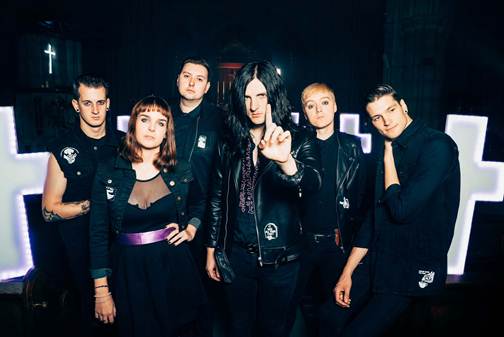 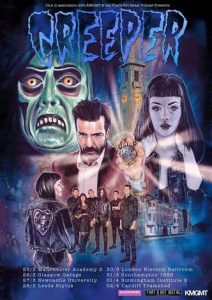 As Creeper’s supporting role on tour with Pierce The Veil and letlive comes to an end they announce a 20 date European tour and they promise that this will be more elaborate than ever before. The dates come immediately after the release of the bands highly anticipated debut album Eternity In Your Arms on March 24th 2017.

Vocalist Will Gould explains that “These shows are a significant moment in the history of Creeper; not only are they the first time you’ll hear the new songs from ‘Eternity, In Your Arms’ live, but they are the biggest headline shows we’ve ever played. They will also be the first to have a full, ambitious production to equal the ambitious character of our debut record. After two years of touring mainly as a support band, we understand the importance and significance of our support acts on this tour too. We are lucky enough to have the most amazing package to compliment this adventure. I’m still pinching myself at the full line-up we have for this tour. It is very representative of the shifting climate in music right now, and we’re very excited to be representing that new wave. We couldn’t be more excited about this tour. So please, see this as an invitation to come and step into the world of our records, and an invitation to be a big part of the history of this band at our biggest shows to date.”

Maintaining the bands art creating anticipation for any announcement , will provide details of the tours full line-up for these shows via a podcast starting on December 16th, exclusively through their tour media partner That’s Not Metal.

The full tour dates are as follows:

Tickets go on general sale from Friday December 9th on this link:  www.ticketweb.co.uk/creeper.

Eternity, In Your Arms (Roadrunner Records UK) is available to pre order on LP, CD and all pre-orders include an instant download of Suzanne from here.