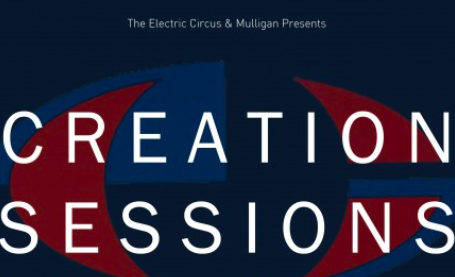 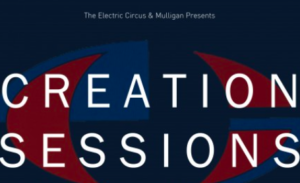 The Creation Sessions Scotland, now firmly established on both East & West coasts of Scotland, really nailed showcasing the enormous musical talent that resides in Capitol of this proud nation on the 2nd of July.

Willow Robinson opened this second Edinburgh Session, following on from a March Launch with Texas Bob Jaurez, from the Television Personalities and a spectacular Declan Welsh who has just had his debut LP Launch in Glasgow.

Willow was brought into the fold after Creation founder Alan McGee clocked him in his adopted home in Wales, and placing his fledgling butt on the roster at Creation Management.

Caravan Club have bags of Class, reminiscent of early Bryan Ferry/Roxy Music, with an electric fiddle replacing the trumpet on the night and minus the female vocal. With a sound and aesthetic bordering on Lo-fi, this is a band I long to hear properly produced and recorded! To be honest, none of these Artists deserved to be anywhere but on the top of the bill!

The Holy Ghosts proved that people can still have loads of FUN on a stage, while looking and sounding polished and sending the man from SONY subsidiaries Columbia Records away with something to smile about. They performed a new tune, Petty Crime, proving that they are not an ‘Act’ as such, but are a really relevant band with a socially and politically aware conscience!

The Miracle Glass Company. with a Levon Helm-like singing drummer and three-part harmonies that would give Crosby Stills & Nash a run for their money, demonstrated that we really do have a new world class band here in the Scottish Capitol. It was by default that the took the headline spot, fittingly, but again, on the night, for me personally, they belonged there.

Its easy to see that they have been put through their paces by Owen Morris (Oasis & The Verve), as the Holy Ghosts were before them, and like The Holy Ghosts are destined for Bigger things!

I can self-assuredly declare without any hesitation, and despite disparaging voices to the contrary, that the Musical Renaissance here in Scotland is well and truly underway!

It was good to see people coming out in support of the local music scene here in Edinburgh. Watch this space for the next Edinburgh lineup TBA for next month and don’t miss the Glasgow Session on 24th of July at the Record Factory!

~
More info on the Creation Sessions Scotland can be found on their Facebook page.