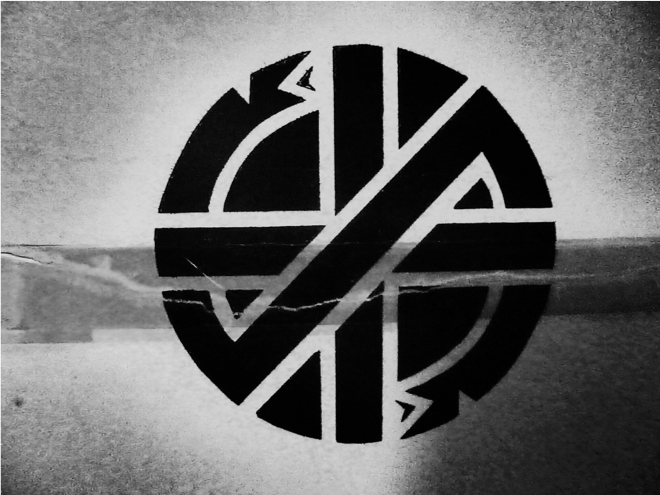 CRASS give away free download of ‘Best Before 1984’ for 24 hours only:

Crass, have today announced and shared a free download of their compilation album ‘Best Before 1984’ for 24 hours only, via this link: CRASS

The infamous collection, which has been remastered for release today, includes seminal tracks such as ‘Do They Owe Us a Living?’. ‘Best Before 1984’ was originally named in reference to the notion that 1984 was the year that Crass had often publicly stated that they would split up. Indeed, the band ceased touring and recording in that year.

But the band have recently been causing a stir amongst long-time followers, once again sending out their infamous Crass spray-paint stencils in partnership with One Little Indian Records, who have filled hoards of stamped envelopes sent in by fans with the stencil. Rough Trade have also handed hundreds of stencils out to fans in the lead up to April 1st. In their active years, Crass and their wider collective and fanbase were known for the anti-fascism symbol which was sprayed all over London and the Underground.

During the late ’70s and early ’80s, the band were at the forefront of the punk scene in London, promoting anarchism as a political ideology and popularising the anarcho-punk movement. The band believed in direct action, performing organised squats, spreading anti-fascism messages and encouraging resistance of political authority through DIY leaflets, sound collages, art, poetry and film.

In the years since their disbandment in 1984, the individual members have continued to work on music, art and poetry projects expressing their political ideologies, including Eve Libertine’s recorded recital of Jack Kerouac’s ‘Sea’, and Penny Rimbaud’s lauded spoken word album in tribute to Wilfred Owen’s war poetry, ‘What Passing Bells’, whilst Steve Ignorant has more recently toured with his Slice Of Life project as well as releasing the live album ‘1977220174U’ a live recording of Crass songs performed by Steve backed by Paranoid Visions; the album being a semi-bootleg of the 2017 Rebellion Festival appearance.

Rimbaud, co-founder of Crass and the famous anarchist/pacifist open house Dial House in Essex (alongside bandmate Gee Vaucher), had this to say about the album giveaway: “Crass was then and this now, but the lyrics remain tragically relevant, indeed, Crass were often so prophetic that it’s only now that their warnings might make sense to those who in the day preferred to keep their heads firmly buried in the sand. ‘Global warning? Nah, let’s go down the lido.’ Where the Pistols and The Clash now sit comfortable in the backlit annuls (or is that anus?) of rock’n’roll history, Crass continue to contribute to the ever-growing voice of global dissent.“