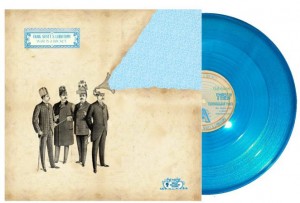 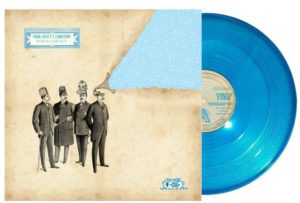 Strap yourself in, says Louder Than War’s Paul Margree, these emanations from Craig Scott’s crazed brain are quite a ride.

What if you took all the good bits from all the good music, put them in a box and threw them downstairs? What if you then took all those broken bits, gave them to someone who had never heard music and said: ‘Make beautiful music’? And what if that person, although they had never heard music, had spent the last three days working their way through a box full of old copies of the NME? And what if that person only had sellotape, not glue?

The result, my friend, would be something resembling the gorgeous cacophony that is War is a Racket, a rackety, discordant, jittery yet strangely groovy labour of love from Leeds musical polymath Craig Scott.

For this release, he’s assembled some of his old chums , including Shatner’s Bassoon alumni Ollie Dover (saxophones/bass clarinet), Johnny Richards (piano/synth) and Mick Bardon (double bass), as well as a whole load of other bodies. The crew laid down their own individual improvisations, which Scott then mangled in post-production, pulling them apart and building them back into the spidery contraptions you hear on this record.

It’s an unhinged way of going about things, but the results are unique, a bone-shakingly hectic set of compositions that sound like Captain Beefheart and the Magic Band playing at the most unhinged Bahmitzvah in town.

For all this craziness, however, War is a Racket is a surprisingly entertaining listen. It would have been easy for Scott to make it into a completely atonal din, given the mauling he apparently dealt out to his source material. Instead, he’s taken the harder path of constructing pieces that, despite their multi-layered, ever-changing complexity, manage to tease beguiling strands of melody from the sonic shards in his studio, stitching them into the fabric of his songs like glittering threads.

Technicolor Yawn, for example, (stream here) despite its nauseous title, is really rather wonderful, with a backwards-forwards guitar motif whose gentle picking recalls Ali Farka Touré  at his most lyrical, made all the more beguiling by the fact that Scott gradually covers his spidery riff with a warm blanket of junk. This buried treasure reappears towards the end of the tune though, as the glitch fades and the melodies slowly nose out of the goo.

The horns in Gibbles, the albums opening track, do something similar, trilling and swirling like dust clouds as the drums clomp along in an unnaturally rhythmic manner. It’s all so precise – but Scott has tried his damnedest to make it look half-assed, as if he and his crew have lurched into the studio after a night on the sauce and recorded any old gubbins. It takes a lot of care to make things look so slapdash on the surface yet so carefully assembled underneath.

There is the occasional longueur, of course. The musique concrete mosaic of Proud to be a Merkin is a bit of a distraction early on in the album and its companion Tempest In A Teacup presses a little too hard on the Zappa button for my tastes. Later on, however, Scott proves he can do abstract just as well as the rest of ‘em – the album’s title track is a beautifully moody soundscape, with haunted piano fragments glistening ominously over a bed of rusting sonic trash, as if someone is trying to recreate a field recording of Erik Satie recital in a car factory.

By the time the final scuttles and whistles of Ormchestron have faded from my ears I’ve been fully absorbed  by Scott’s giant musical organism. I feel like part of my brain has been dismantled then reconstituted in subtly different ways and I start to wonder why none of the other music on my phone’s playlist has dizzying jump cuts, serpentine horn squiggles and layers of what sounds like fragile pieces of crockery being stomped underfoot.

I have been well and truly lobotomized.

You can pre-order War is a Racket from Craig Scott’s Bandcamp site and you can find him on Facebook here.