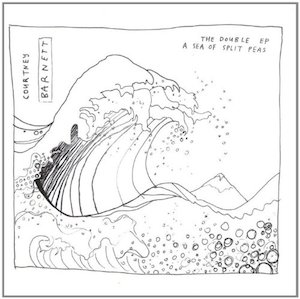 Two mini-albums stuck together to form an impressive debut from the Aussie songstress with the lazy hazy approach.

Courtney Barnett was recently nominated for Song Of The Year in her native Australia, alongside Tame Impala, and her debut album easily explains why.

Opener, Out Of The Woodwork, is a gorgeously hazy alt-country number with plenty of space and depth. And just as you get swept along by the melancholy of the song, along comes the lead single, Avant Gardener, which shows her fun side, with playful lyrics: “The paramedic thinks I’m clever ‘cos I play guitar, I think she’s clever ’cos she stops people dying.” She sounds like she’s in no hurry and the songs drift along nicely, occasionally picking up speed, like on the glam-rock David, or the Velvetsy Scotty Says, which prove that she’s not stuck in the same gear.

The 60s pop leanings of Don’t Apply Compression Gently and Lance Jr would appeal to Cate Le Bon or Kurt Vile fans (as it turns out, she’s played a gig with him) and the mid-album slowie, Anonymous Club, is another highlight. It goes down nicely, in a gentle and atmospheric way, with washes of sound over a mainly acoustic structure and Courtney’s trademark lazy vocal style.

The “Double EP” is exactly what it suggests and although the album pulls together the songs from the previously available I’ve Got A Friend Called Emily Ferris (released in 2012) and How To Carve A Carrot Into A Rose (2013) EPs, the 12 songs here have a cohesive quality plus enough variation in style to make them gel as an album.

All words by Arash Torabi – Louder Than War archive here.