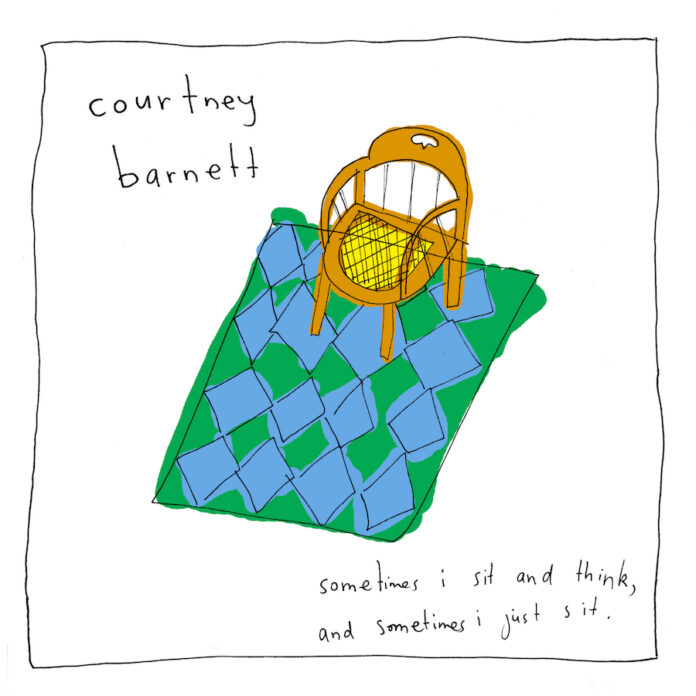 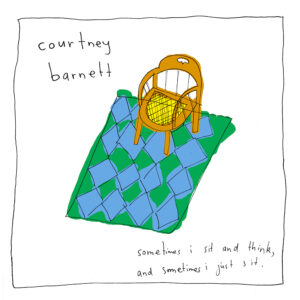 It is a truth universally acknowledged that every great album starts with a great track.

Bob Dylan’s “Highway 61 Revisited” kicks off with “Like a Rolling Stone,” Michael Jackson’s “Thriller” begins with “Wanna Be Startin’ Somethin’”, The Pixies “Surfer Rosa” belts it out with “Bone Machine”.

The list goes on. I’m sure you have your own examples.

But if you listen to a lot of music- and I’m sure that you do- then you’ll get my drift. You know instinctively from the very first 10  seconds or so what is a great opening track. There’s some sort of gut instinct when you realise that it’s not simply a great start that‘ll tail off, but a sign of things to come. You know that the rest of the record will be equally as good, if not better, and you can’t wait to hear all the other tracks.

It must be said that this doesn’t happen that often; maybe only once or twice a year if you’re lucky, but when it does, then you know you’ve discovered a gem, a record that bears repeated listening for years and years thereafter. One you’ll never get bored with and one which you want to not only tell all your friends about, but one which you want to give to them all as presents, whether it’s Christmas, their birthday or just because they deserve to hear it.

It’ll come as no surprise therefore that Courtney Barnett’s first proper album starts in exactly this way. Did you really expect anything less?

“Elevator Operator”, the opening track, has that quality, that unquantifiable something where you just know. It’s got all the trademark stuff that you know you’re going to get from Courtney Barnett; wry, funny humour, sharpness, brilliant wordplay (which is so good not only on this track, but throughout the rest of the album that it takes my breath away), a killer tune (boppy as fuck), a narrative to die for, humanity, brilliant delivery and all of this in bucketloads.

Yet it’s got something more. It’s got that track one, side one thing about it.

“Pedestrian at Best”, the second track, was released as a single before the album was released. Hearing it in the context of the album, it makes even more sense. It takes things up from “Elevator Operator” and it’s at this point you recognise that this is a classic album already. It’s shouty and riffy and sets up the third track, “An Illustration of Loneliness (Sleepless in New York)” perfectly. It is a lot heavier than anything from the “A Sea of Split Peas” double EP, both in a musical sense and lyrically. God, she sounds mightily pissed off!

I personally always enjoy artists who sound angry and in this song she doesn’t disappoint at all. And for all those (like me!) who have been praising her to the skies for ages, her admonition of, “Put me on a pedestal and I’ll only disappoint you/Tell me I’m exceptional and I promise to exploit you” is a fair warning, yet in an double-edged way, it only makes me appreciate her skills even more.

Sorry, Courtney, but anyone who can come up with “Give me all your money and I’ll make some origami honey” is hitting the mark in a big way! The way she pronounces “Scorpio” makes me want to punch the air and even though I wholly disbelieve all that astrological mumbo-jumbo, I have a faint regret that I fall into the Sagittarian fold.

Truly this is up there with Bob Dylan’s electric phase; a sneering, spitting and swirling maelstrom of reinvention.

This is the new thin wild mercury music.

I presume that Courtney Barnett worked out the running order of the album; I have the distinct feeling that she wouldn’t let anyone dictate how it should go. If she did, then she got it spot on. The breathtaking pace set by the first two tracks slows down a bit, but this track is so focussed that it doesn’t matter. What I like about it (what I love about it!) is the deadpan delivery that’s akin to someone reading a very short entry from their personal diary or a snippet from a letter and all set to a chugging beat. Every so often she breaks off from the half-spoken, half-sung narration and opens up her voice and sings the sweetest melody for a couple of notes. And at this point, I understand that she can sing so well.

We’re barely 10 minutes in; each of the first three tracks last between three and four minutes and you wonder if this is going to last. Surely she can’t keep it up?

Well, she certainly does with “Small Poppies”, a woozy, dreamy, torch singer-y, guitar twangy, half-jazzy seven minutes (exactly seven minutes!) of aching heart vocals that breaks into a wild guitar trash two-thirds the way through before collapsing back into a tired, world weary, gentle ending. It could well be the highlight of the whole album.

But there’s more to come…

“Depreston” is a tale of house hunting in an apparently depressing suburb of Melbourne. (I’ve never been to Melbourne, but speaking as someone who goes to Preston, Lancashire quite frequently, there appears to be some unnerving similarities between the two places.) As a song it seems to be quite close in style to her earlier work as collated on the “A Sea of Split Peas” EP, which is no bad thing indeed.

Someone once said that the perfect pop song should last no longer than 2 min 15 seconds. Well, if that’s the case (and it makes sense to me) then “Aqua Profunda!”, which follows on the heels of “Depreston”, is perfection in itself. Two minutes – exactly two minutes! – is all that is needed to tell the tale of falling for someone whilst swimming, with “goggles on/they were getting foggy” and rhyming dizzy with frizzy, but losing out because “you and your towel were gone” in the end. It’s the swaggeriest, happiest, most carefree song that involves missing a chance that I’ve heard for ages. I’m typing this while listening to it and can’t stop smiling and tapping my toes at the same time.

If you have a title like “Dead Fox” then you’d think that it’d be sort of Sisters of Mercy thing, but in Courtney Barnett’s hands it’s a poem about realising that organic vegetables are the way to go. Another great tune, but to follow it up with “Nobody Really Cares If You Go To the Party”, (which I think I previously knew as “Blah”), a thrashy ode that covers the staying in/ going out dilemma that seems to hit you when you’re in your mid to late twenties (and probably at no other time in your life), is a masterstroke.

(As I listen to this album yet again, I’m thinking that every track is the best one, but they’re all so damn good I can’t decide between any of them!)

Didn’t I just say that “Aqua Profunda!” is the perfect pop song?

“Debbie Downer”, track nine, runs it pretty close even though it runs for 3 minutes 17 seconds. It’s got a sort of 60’s Nuggets punk riff to it, complete with a faintly swirling psychedelic Stranglers organ backing to it. “Hey Debbie Downer/ Turn that frown upside down and be happy!” That’s the way to go Courtney! This is the sort of song that you whistle to while cleaning your windows or driving down the road on a summer’s day with all your windows down and singing along, out of tune at the top of your voice. It’s got a “Walking on Sunshine” vibe going on; everybody would love this song.

Bitter, dark, bleak angry, sad ; those aren’t the sort of words and emotions that I’ve led you to believe that Courtney Barnett is about, are they?

I was staggered to hear the penultimate track, “Kim’s Caravan”.

This is such a bolt out of the blue, which starts slowly with scratchy, edgy, skittery guitars and builds up to a visceral climax with Courtney Barnett screaming “Take what you want from me”. This is a truly amazing song and, for me, I hope it’s a direction she’ll pursue further. It shows a depth and a maturity to her work that is startlingly good. The closest thing that I can describe is try to imagine if Neil Young was 27 years old, female, Australian and funny yet still backed by Crazy Horse in their prime. It only lasts for six and a half minutes, but like Neil Young’s greatest songs, you wish it could go on hours. (Actually Neil Young’s songs sometimes do.)

After that, you just need something to calm down with and the last track, “Boxing Day Blues” does it so well. A simple, slow, short and gentle tune with just Courtney Barnett, an acoustic guitar and pared down instrumental backing her up, her voice slowly fades out at the end leaving you amazed at the quality of this debut.

I simply cannot wait to hear what she comes up with next.

Courtney Barnett can be found online here courtneybarnett.com.au. She is also on Facebook and tweets as @courtneymelba.

All words Rick Leach. More writing by Rick can be found at his Louder Than War author’s archive. You can also find Rick on Twitter as @rickjleach.