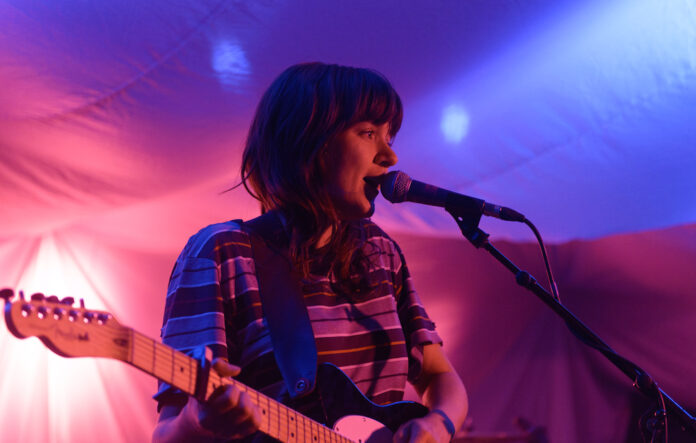 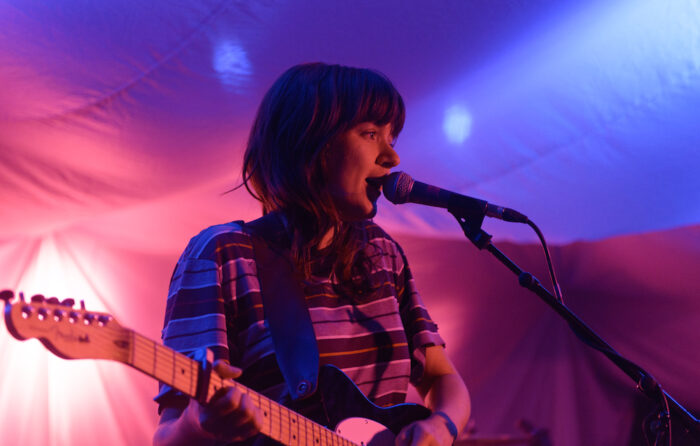 Courtney Barnett returns to our shores having finally released her awesome debut album, tonight sees her slay a sold out crowd of overexcited fans. As she proves that she’s one of the most exciting acts of recent times.

Tonight sees the very welcome return of the wonderful Courtney Barnett, now with the added bonus of her debut album. Last time Courtney did the rounds she played the much smaller Cluny 2 to yet another packed out audience, so understandably expectations are high. Unsurprisingly the tour is a sell out; unfortunately we miss the wonderful Fraser A Gorman.

However, we make up for that with second support Spring King, they’re an interesting prospect with their drummer taking lead on most tracks. They’re a pretty formidable outfit, they pack a hefty punch yet you can’t help but think you’ve heard this all before. That said its perfectly listenable, its just not very original, yet again though in a few months time I could well be wanting to take these words back.

As Spring King leave the stage, we’re left with a rather long wait for this evenings headliner, the crowd seem to get itchy feet in the break. Yet that energy is soon refocused as Courtney, Bones and Dave take to the stage whipping the crowd straight into frenzy with the brilliant Elevator Operator. It’s immediate that tonight’s set is going to be incredible, bounding around the stage shredding her way through every track. 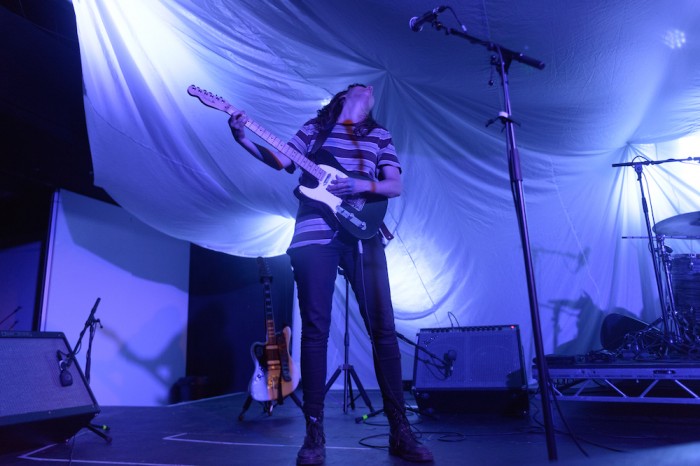 Courtney is on phenomenal form every track sounds brilliant and by the time she reaches Are You Looking After Yourself? the crowd are unable to contain their excitement, despite it being a slower track it still invokes a huge sing along. It really helps too that this is a track that I’m sure most people in tonight’s crowd can relate to at some point me especially!

The crowd reciprocate the words again throughout Depreston, it’s a perfect atmosphere I cannot enthuse enough about as this show as it moves through the gears. New track Debbie Downer gets a huge crowd reaction, it turns out to be one of the highlights of the evening. 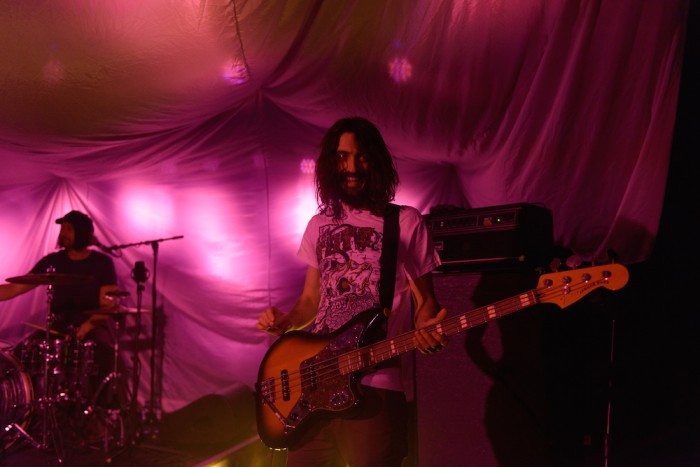 I think it’s the honesty and quirkiness of Courtney’s lyrics that drew me in to begin with, the fact they’re given prominence in every track too. So many bands hide their lyrics behind walls of noise, at times that’s great yet its much better when you’re able to understand the sentiment behind the track. By the time she reaches Avant Gardener, this set has surpassed any that I’ve seen of hers previously.

The fact that somebody has questioned whether this track works live, they must be mad as the room lights up with excitement as the opening chords ring out. Yet another incredible sing along helps the song along, for me this was always going to be my favourite moment of tonight and it doesn’t disappoint. As she closes out the main set with new single Pedestrian At Best it caps off for me what was an astonishingly wonderful evening.

Leaving the venue I cannot do anything but remain like an over excited teenager, these are the nights you remember a packed crowd a phenomenal band and the perfect atmosphere. Tonight really couldn’t have been much better!

Courtney Barnett can be found online here courtneybarnett.com.au. She is also on Facebook and tweets as @courtneymelba.