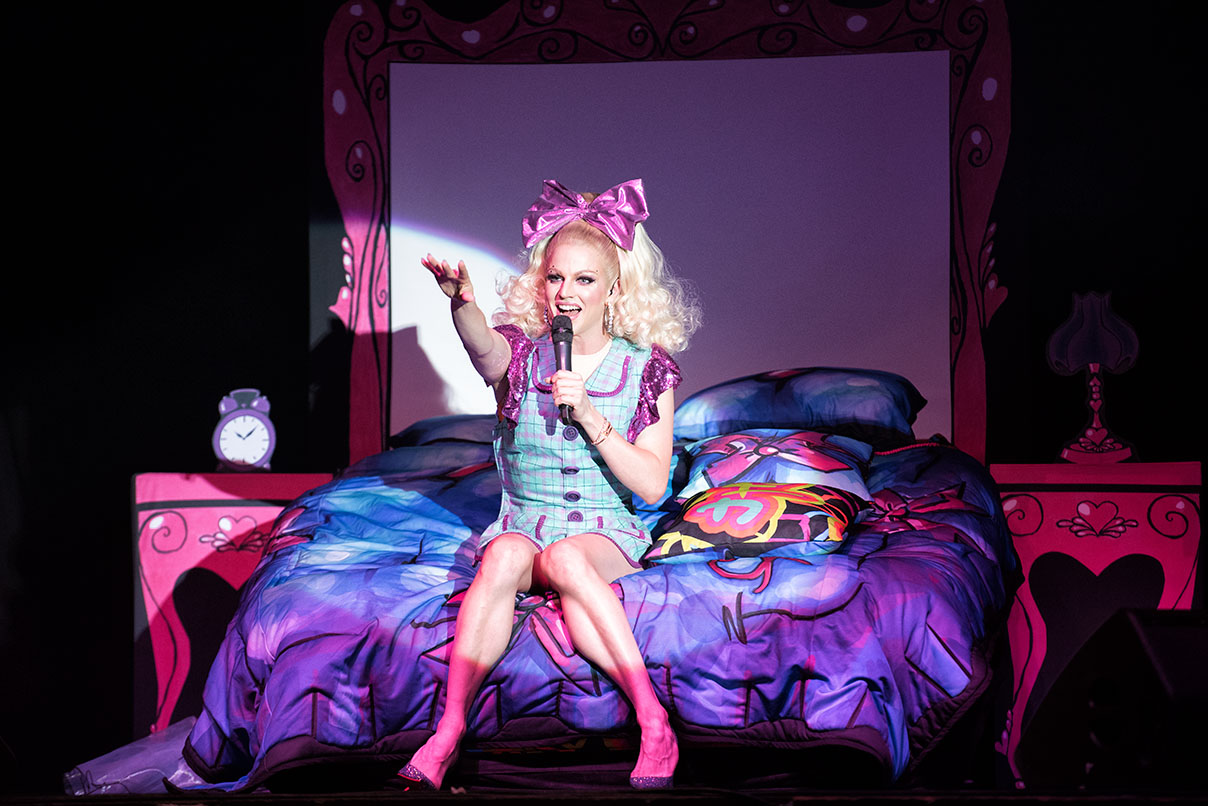 Louder Than War photographer Melanie Smith captures Celebrity Big Brother 2018 winner, the drag superstar Courtney Act as she stops off in Manchester on her  ‘Under The Covers’ UK tour.

Courtney Act is the stage name of Shane Jenek. She is an Australian Drag Queen, reality TV show contestant and singer, who is renown for her flamboyant and inventive shows, totally camp, seductive, and loved by many. Courtney identifies as a gender fluid performer, sometimes as a boy or girl, she was once voted FHM’s World’s Top 100 Sexiest Women (although isn’t actually a woman), and Fader Magazine dubbed her as “Ten People To Watch”. She has performed with Miley Cyrus and played at Lady Gaga’s birthday party. Courtney was also a contestant on Season 1 of Australian Idol in 2003 and Season 6 of RuPaul’s Drag Race in 2014, and topped this off by winning the 21st season of Celebrity Big Brother.

Tonight was a seated affair, the air was full of excitement and anticipation for Courtney’s brand new live show, mixed with a combination of songs and chats, audience interaction and lots of tongue in cheek humour. A flurry of drama occurred when two females appeared looking for their seats and it transpired they were two celebrity Big Brother contestants, (ex Rochdale detective – Maggie Oliver and Love Islands Jess impiazzi) photos were taken and hugs were given. Soon it was time for the show to begin and the most beautiful, glamorous person emerged in the spotlight, from under the covers on the bed and kicked off the show to a roar of approval. ‘Under The Covers’ is a light hearted colourful show, with quirky costumes and songs performed in her own style. If your lucky you might be able to bag a ticket before the tour ends, if not you can catch her at the Edinburgh Fringe Festival in August. 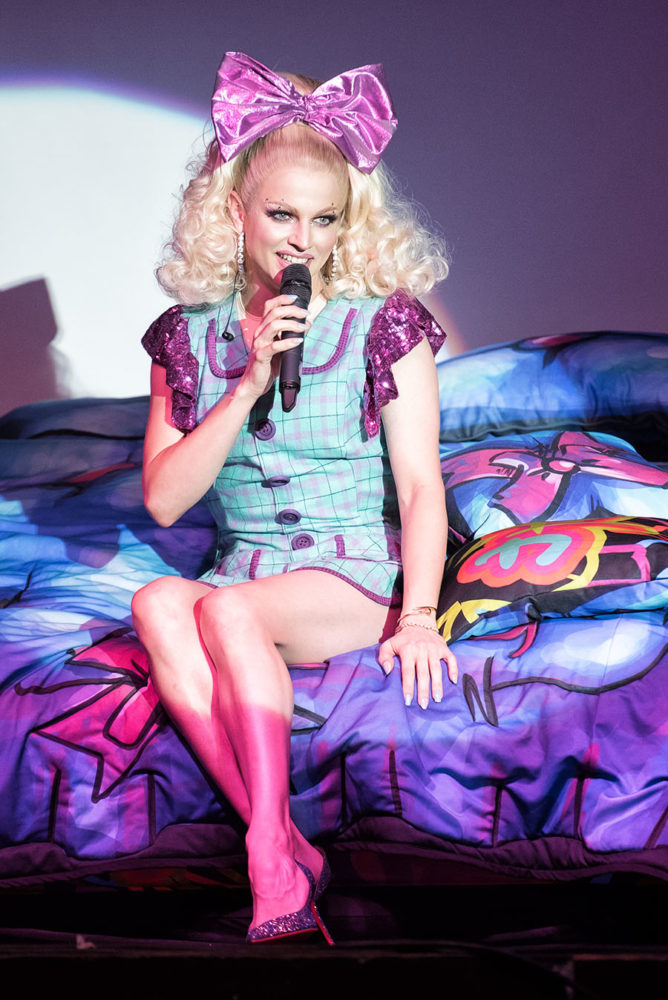 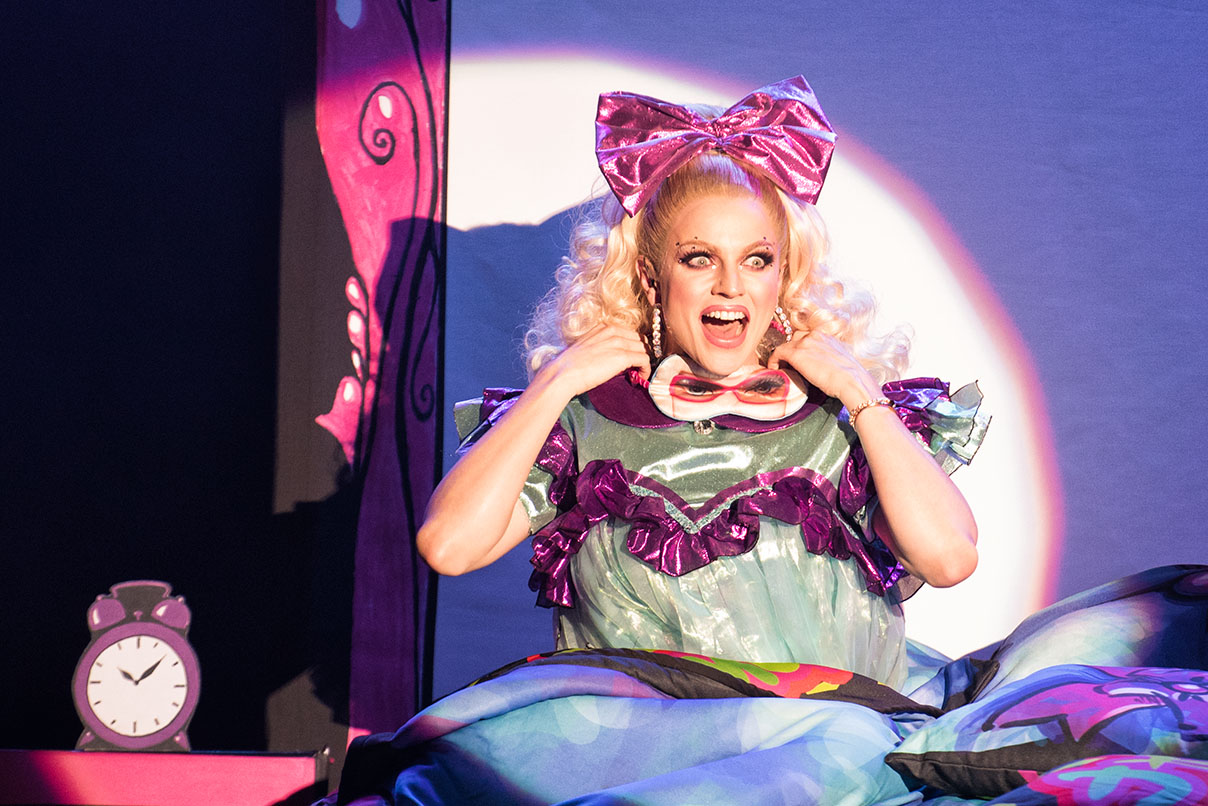 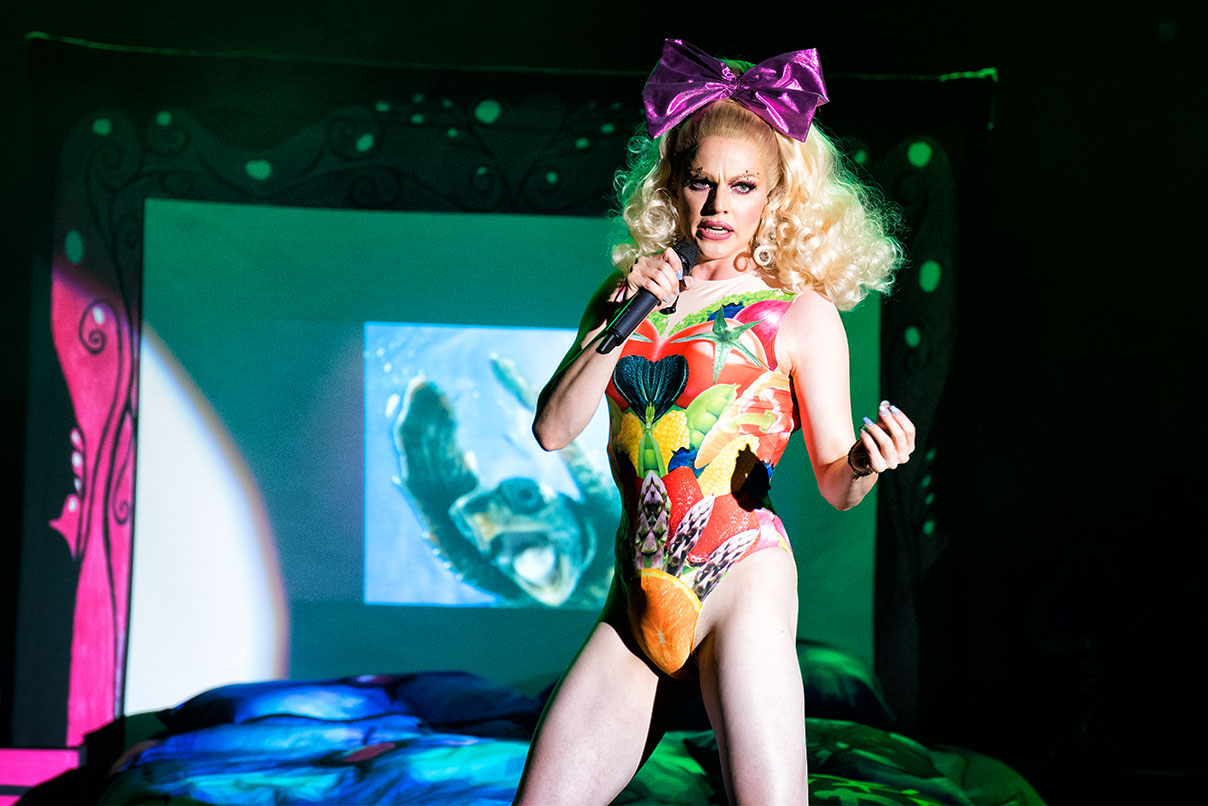 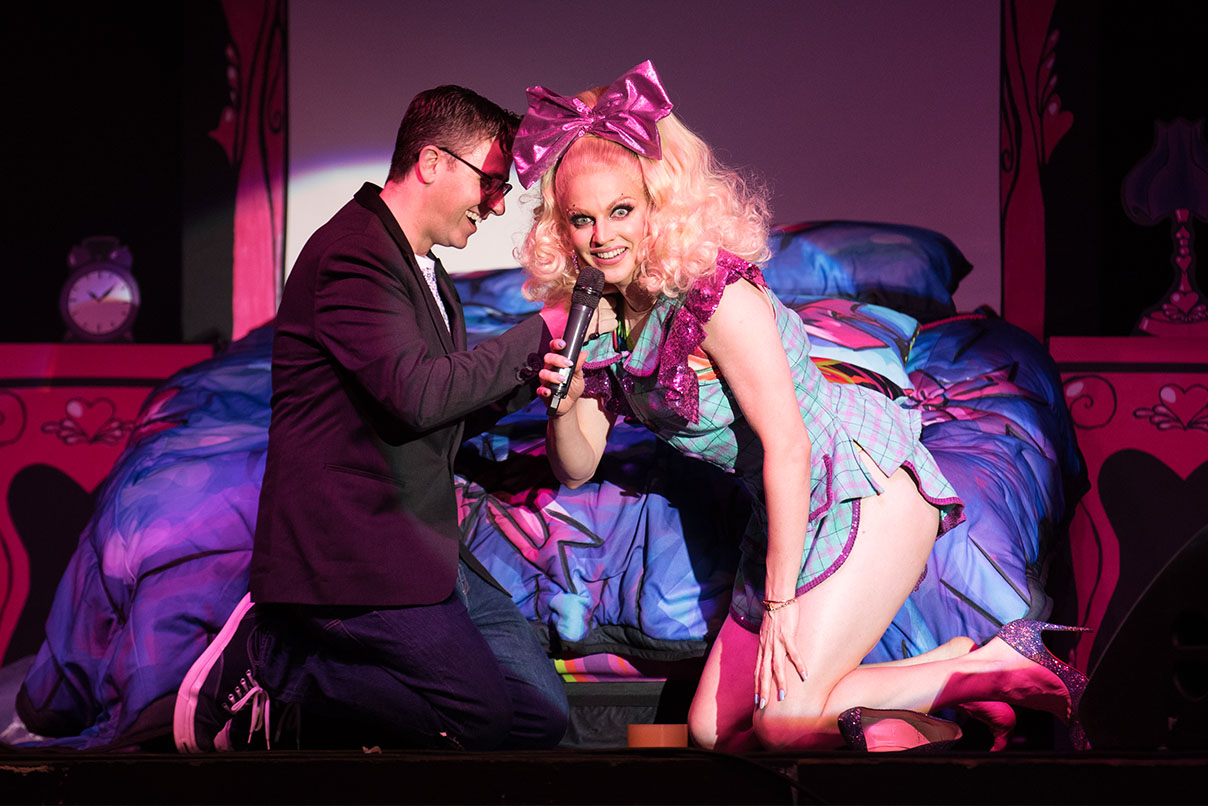 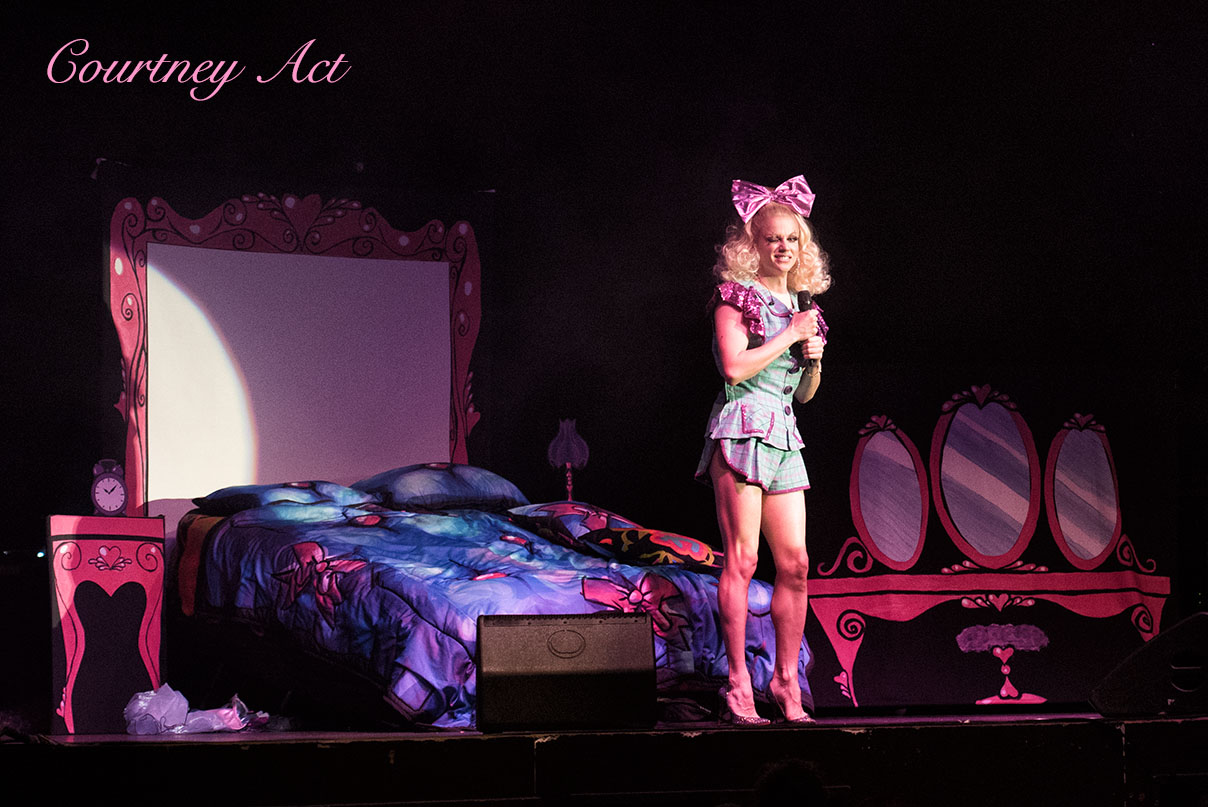 Courtney Act continues her UK tour and will also be appearing at Blackpool Pride on June 9th on the main stage. She can be found at her website here, also on Facebook and Twitter.