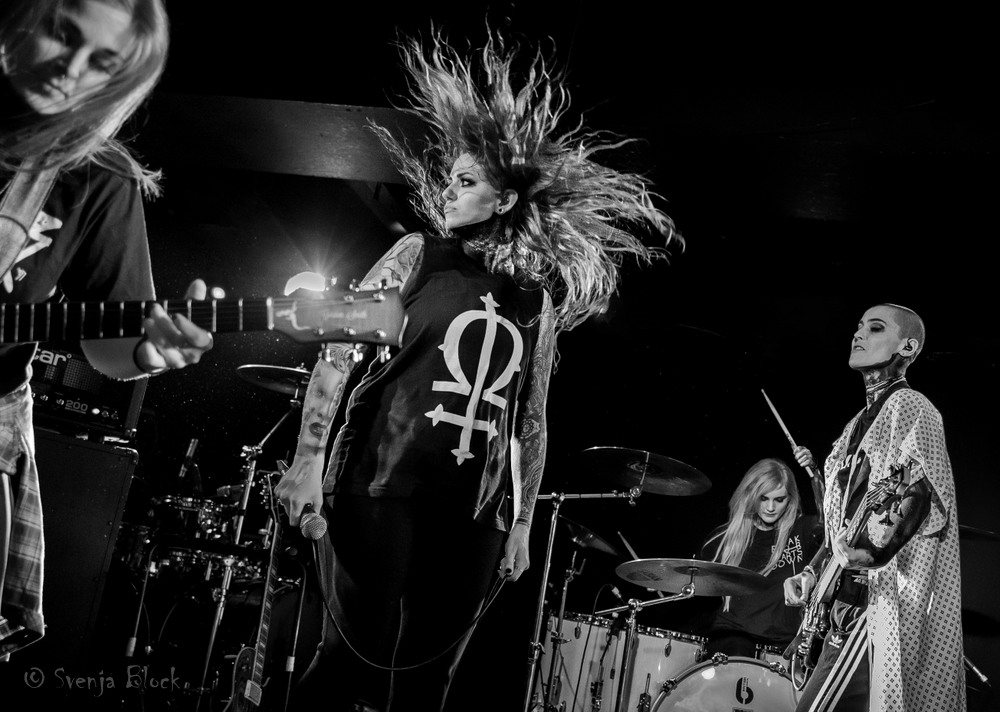 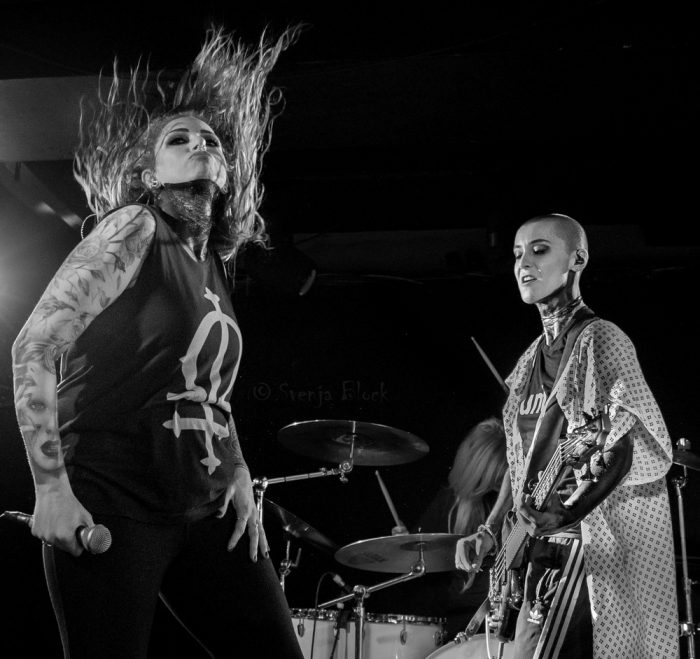 In Camden’s historic hard rock venue ‘The Underworld’, nestled under American metal’s powerhouse King 810, we get the setting for Courtesans’ support set in their hometown of London. Within no time at all of them being on stage, the four-piece give off their signature vibe that feels as though they know how good they are. Don’t worry, it doesn’t come across as cocky as it sounds.

From the pre-set sound bites, reminiscent of any act that might headline The O2, to their closing song, the all-female lineup keep up a mesmerising energy throughout their half hour set. In addition to that, the girls don’t seem to embody a shred of nerves in front of the 300-strong crowd. Instead, Courtesans comes off as surprisingly composed, which accompanies the clear talent exuded on stage. It’s clear they believe in what they’re putting out, and they should, because it’s good.

Though their EP “Better Safe Than Sober” is less than a year old at this point, they perform the material with all the confidence of a band that have been playing these songs for ten years, but without any of the lethargy. The speed of their lyrics at points borders on rap, and yet throughout the set, honesty emotion is utilized without feeling cheesy. It’s all tied together by a fluidity between the band members that is almost immediately inviting. 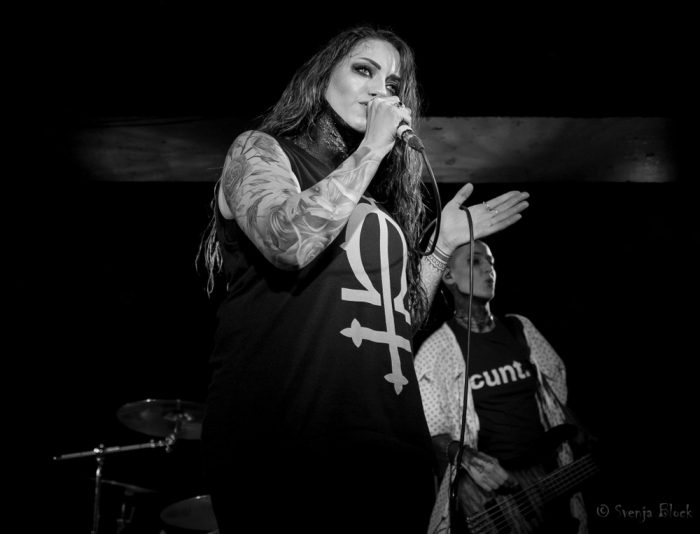 Songs like ‘Walking on Waves’ and ‘Mesmerize’ highlight the wonderfully rough voice of not only lead vocalist Sinead La Bella, but of all the band members as they belt out their respective notes and surprisingly melodic harmonies. This isn’t easy to do, but here it gives a cool kind of clout to their dynamic. And even as they cry out with chords and choruses of “Why don’t you feel the same?”, their pop rock, Joy-Division-esque influences come through.

The set comes across as eerie, but appealingly so. Not to mention the girls manage to captivate a metalcore crowd, which is no easy feat. By the end of it, half the audience are throwing up hands to the melodic rock sounds and nodding along profusely. They couple the loud, headbanging performance with the hardcore quirkiness of  bassist Agnes Jones wearing a medical gown, all while being impressively unfazed. If this is them during a support set, I can only wonder the stops they pull out for their own headline show.As the band leaves the stage, the crowd is left to absorb The Courtesans’ fusion of punk and rock and underground sensibilities that has not been seen so seamlessly assembled for a while. There’s no denying the girls illustrated stage presence to easily put them on par with any of their male counterparts. The band tick all the boxes of things an alternative music fan might love, and as iconic a venue as The Underworld is, they played a set worthy of a much bigger crowd. 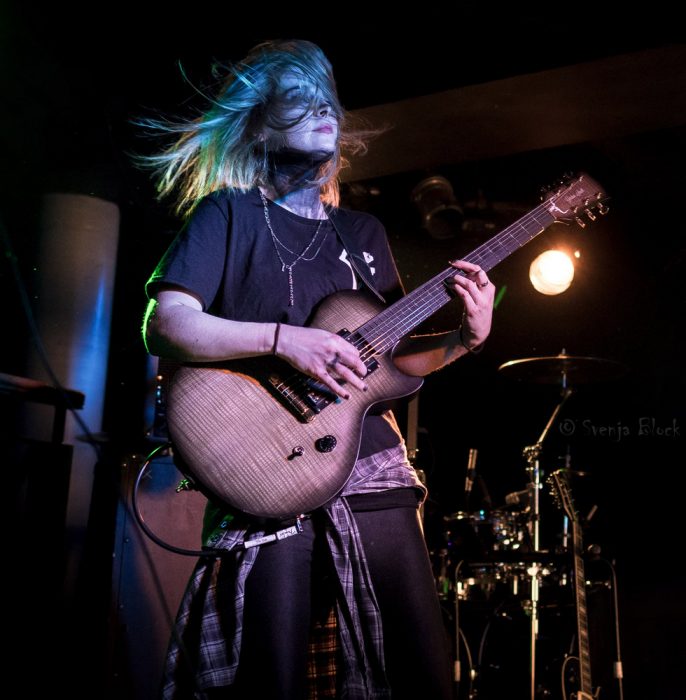 More info on Courtesans can be found on their official website: https://www.thecourtesans.org/

You can also find Courtesans on https://www.facebook.com/thecourtesans/ , https://twitter.com/the_courtesans
and Instagram: @courtesans.

Words by Sarah Shodipe. This is her first contribution to Louder Than War.