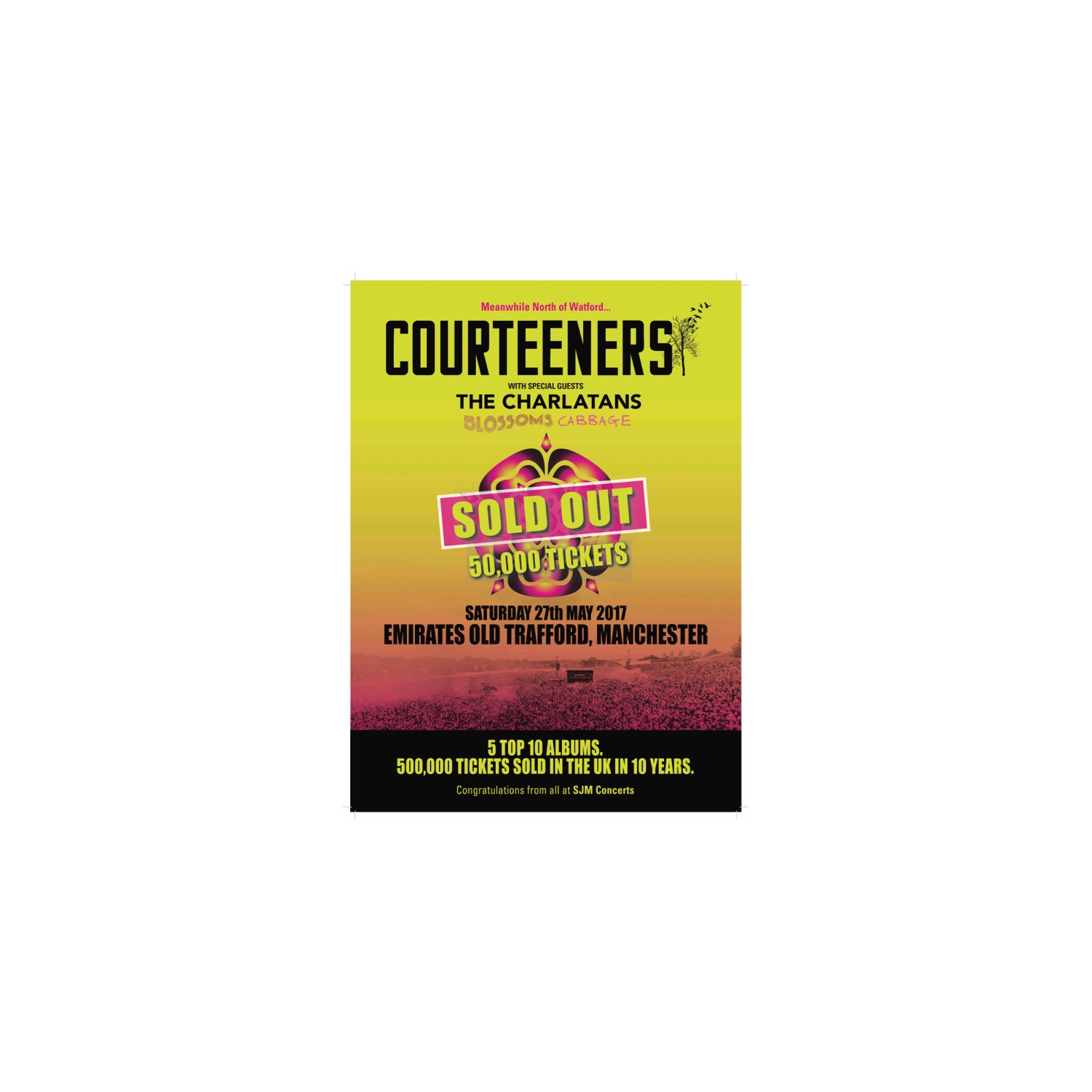 The Courtneers have sold out their upcoming 50 000 capacity show in Manchester this summer. That’s quite a lot of people. Actually a lot of fucking people made more remarkable by the band’s indie outsider status – a band shunned by the press and radio having regular top 10 albums and now this huge gig selling out because of some old fashioned notion of people liking their songs – weird concept that!