The Courteeners won over a new fan yesterday – Louder Than War photographer Elspeth Moore who amazingly never even knew of their existence till she was invited to shoot them a few days before the gig. Here she explains her journey from being oblivious to their existence to being their newest superfan.

How to become a Courteeners fan in one evening. (To be read in a Yorkshire accent).

So it was a week ago I was asked to photograph The Courteeners at Heaton Park. 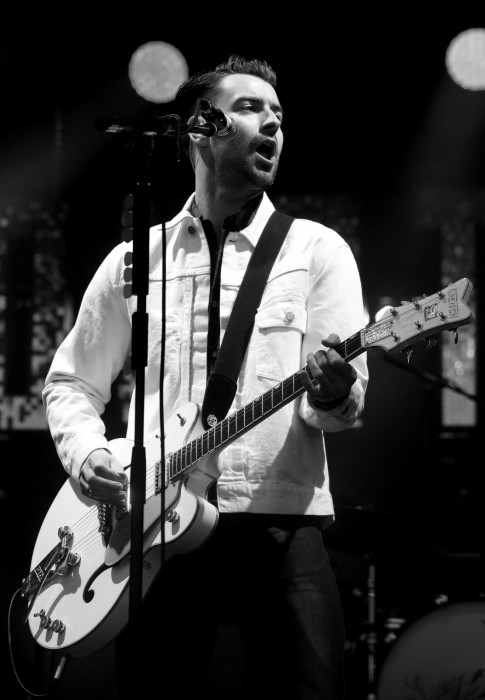 I had no idea this band existed – yes yes I know, I’ve had my head stuck in the sand.

With a quick check of my diary and nagging from my 15 year old daughter Daisy I agreed.

I only knew who Liam was or looked like because he was on Breakfast first thing in the morning.

Arriving at Heaton Park with the obligatory hold up at the guest list bit I set off to the “arena” … errrr wow, quite a few thousand people there – 20,000!! (no, I didn’t count them).

Peace played before the headliners – they were dead good. I hope to see them again.

So on they came – The Courteeners.

To say the crowd were beside themselves is a massive understatement.

Screaming, pressed up to the barrier, arms reaching, like an old Beatles gig. I stood there in the pit with a puzzled face. How have these lads passed me by?

There were screams of both…

“OH MY GOD YOU FUCKING MAN-GOD!” 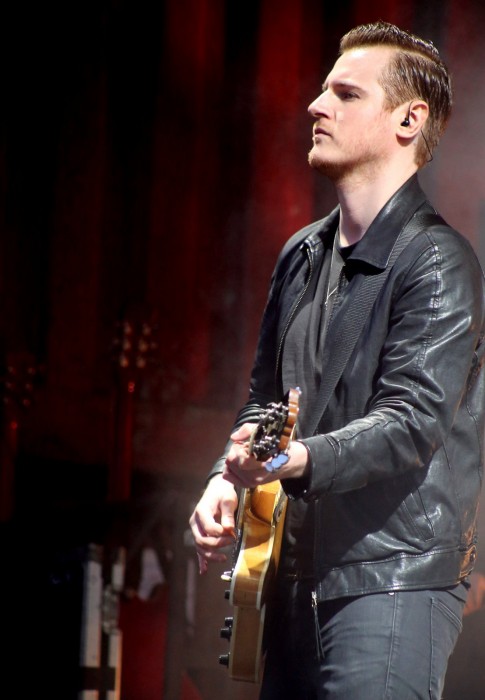 As I clicked away it was crazy, excitement overtaking the onlookers as the odd pint of (hopefully) beer was thrown. Security handing out cones of water and rescuing the occasional squashed youth from the front.

Liam winking at the crowd – his obvious happiness at where he was and what he was doing
written all over his face – he thanked everyone at least four times. Which was always
cheerfully and loudly received.

After the 3 songs, no flash (standard) time in the pit I hiked up the hill with Charlotte and Simon to take photos of the vast park and it’s guests. EVERY, and I’m not even joking, EVERY person was singing every word to every song – I felt like I was an alien come down from another planet – but my heart was beating a Courtneener rhythm.

You know when you go to a football match and there’s a brilliant atmosphere… the only thing is there are two teams so sometimes a bit of rivalry … well it was like that except everybody was supporting the same team.

A fantastic evening with new friends and a new band on my list of “Bands I right like”.