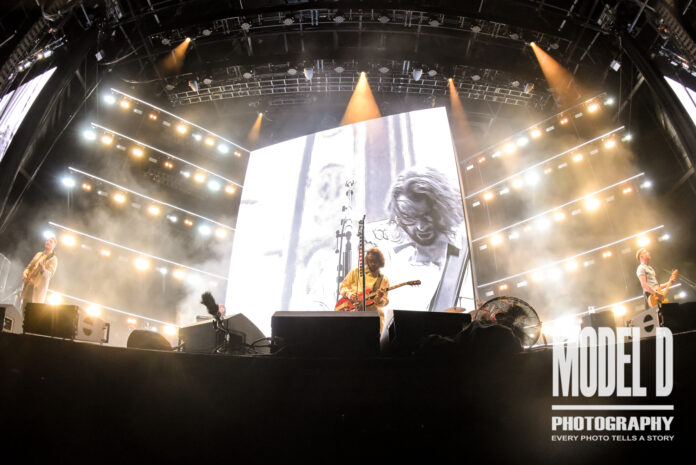 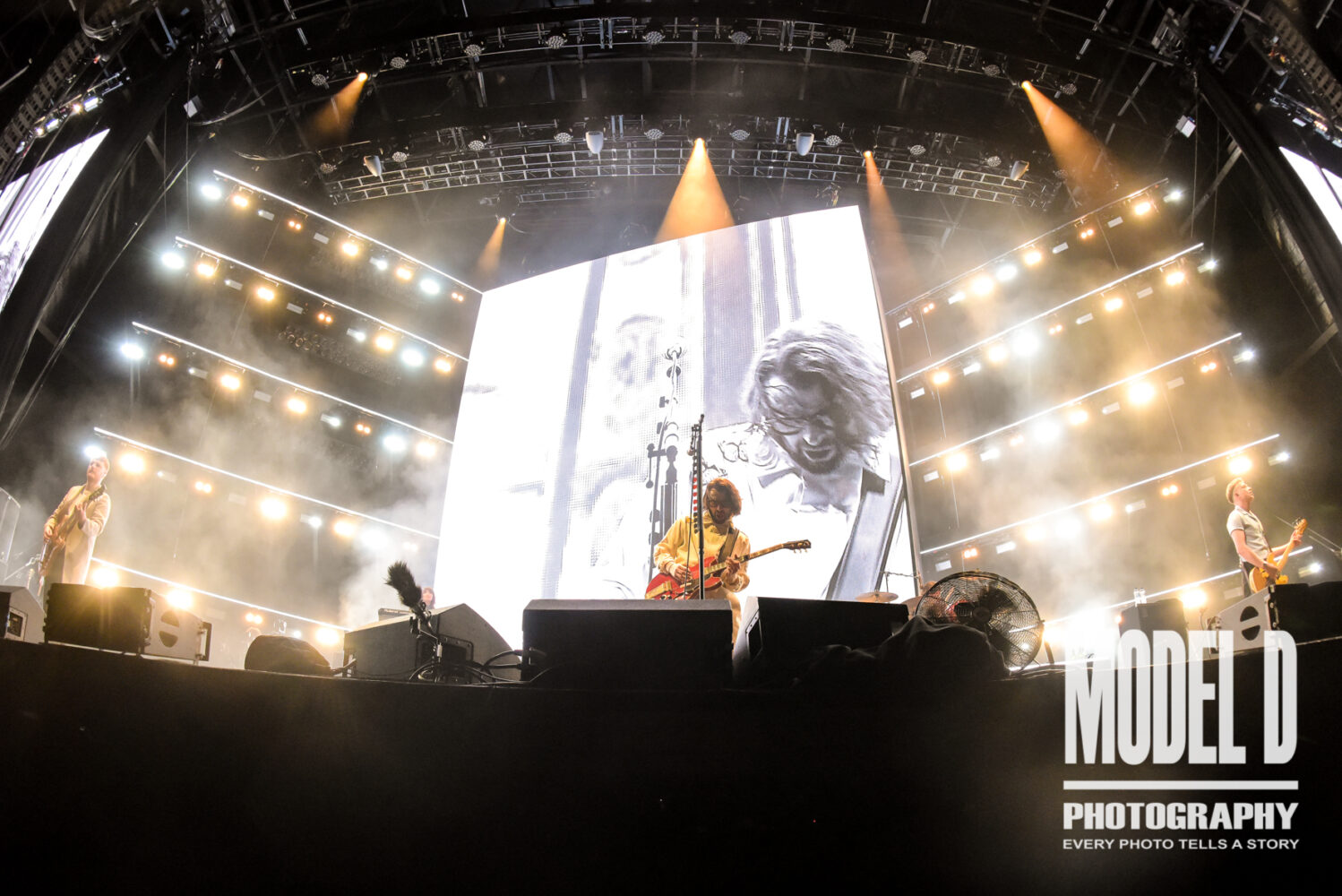 Courteeners pack out the Emirates Old Trafford with support from The Big Moon, Blossoms and Johnny Marr. Iain Key was there to experience it for Louder Than War.

It may be the first weekend of Autumn, but after an overcast day, and defeat at the other Old Trafford, the clouds part and the sun shines through as the gates open at Emirates Old Trafford (or the Cricket Ground as us locals call it). Unfortunately, slightly due to my own laziness and in part due to me underestimating the crowd wanting to get to the gig, I find myself in several queues before making it onto ‘the pitch’ just as the first support act The Big Moon are leaving the stage.

I find a good spot just to the left of the stage, close to the mixing desk, to watch Blossoms. Looking around I notice that, at this point at least, the rapidly filling venue is occupied by a slightly younger demographic than the New Order gig at Heaton Park a couple of weeks earlier. The atmosphere is friendly with mainly 20 and 30-somethings happy to take selfies and post them online until the Stockport 5 piece arrive on stage. Immediately eyes are drawn to frontman Tom Ogden in his vibrant green suit. During the set, he moves around the stage and I can’t help but think he’s been studying the likes of Paul Rodgers from Free in his stagecraft. The whole band actually have an early ’70s chic to their look in fashion and facial hair, all actually looking very cool. 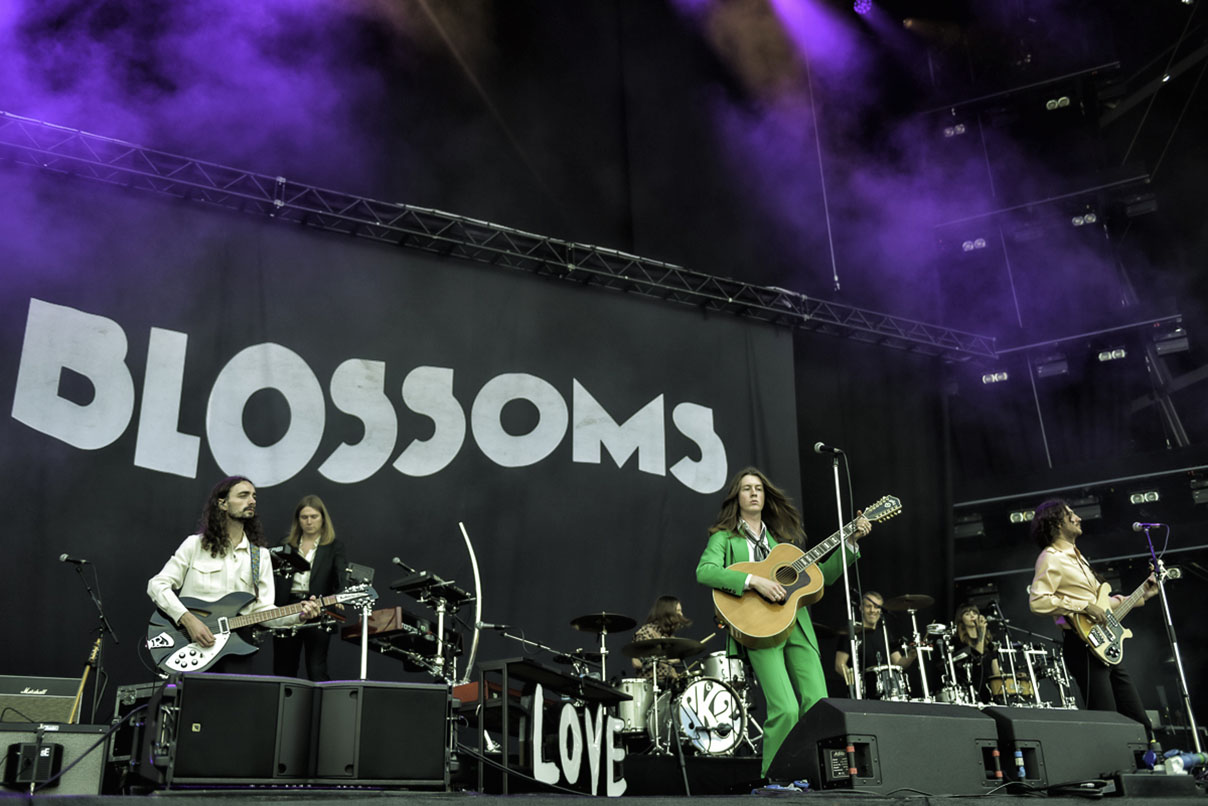 Starting with Your Girlfriend and There’s a Reason Why (I Never Returned Your Calls) the party gets started. Although I’m not the biggest fan of the Blossoms, it’s clear that the 20,000 or so most definitely are, singing along with a set mainly culled from across their three albums, including the most recent single, Care For. They close with Charlemagne which causes the crowd to erupt, and we see the first beer-throwing of the evening. I had wondered if the band may dare to throw in a Smith’s cover and have Rick Astley make a cameo. Thankfully they don’t, leaving the indie band’s legacy to someone better placed.

During the wait for Johnny Marr the atmosphere, whilst still generally positive, takes a bit of a turn. Beer and boredom aren’t a great mix and initially friendly banter between United and City fans, and those from Manchester and Yorkshire, goes a little far as scuffles break out. Nothing too serious but enough to put people on edge. The sun has now almost set and the lights from the staging sweep across the crowd as Manchester’s favourite guitar slinger takes the stage. It’s euphoric as he kicks things off with Panic with a mix of cheering singing. Looking around, the stands and pitch areas both seem to be almost full (as it should be). There’s a bit of a push from the back as a group of rotund, ageing Smiths fans try to force their way forward, clearly enjoying their moment. Unfortunately for them Johnny then plays a few solo songs which result in their leader shouting, without irony, ‘play Everyday’s Like Sunday’ before bending over and vomiting. It isn’t a pretty sight and I hope through the inevitable hangover he remembers and enjoyed some of his day/night. 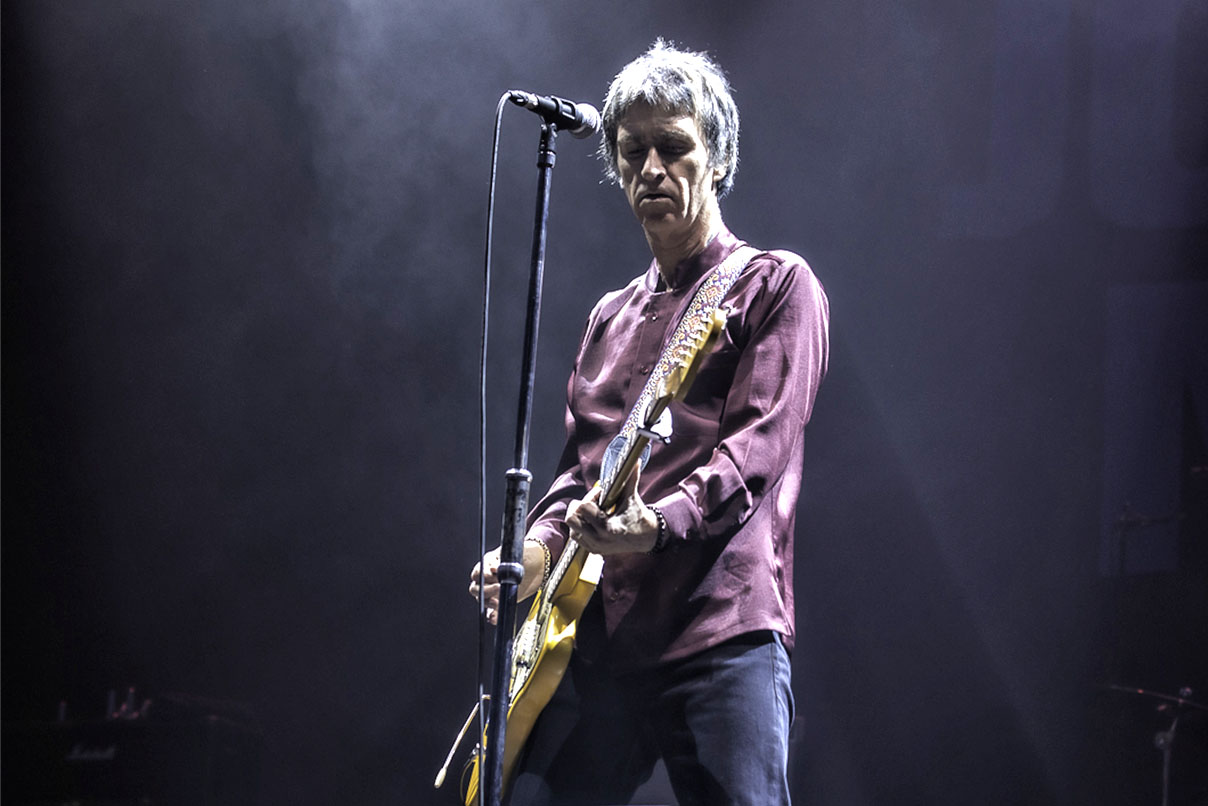 The old favourites then come thick and fast though, with Bigmouth Strikes Again, This Charming Man, How Soon Is Now, Getting Away With It and Please Please Please Let Me Get What I Want fitting alongside the likes of Easy Money and the latest release, Spirit, Power and Soul. Sadly we don’t get Headmaster Ritual or Some Girls Are Bigger Than Others, songs he’s revisited at his gigs, but everyone is happy as he closes with There Is A Light That Never Goes Out. No disrespect to Courteeners, but I’m hoping for Marr-Fest next year. It’ll be 40 years since the Smiths’ first performance and Johnny has more than enough material to keep people entertained for a couple of hours.

More beer-throwing eschews, at least I think it’s beer. I am starting to have my doubts, given the 90-minute queue for the beer tents. I love the Cricket Ground as it’s only 15 mins walk from my house, but even since the earliest of MOVE Festivals in the early 2000s they’ve never managed to solve the issue with lengthy delays in alcohol distribution. (I settle for a couple of cans of coke from the ice cream van who doesn’t have any queue).

It’s almost a 40-minute wait now for Courteeners. A mix of The Coral, The Vaccines and assorted Manchester favourites belt out over the PA to entertain us as anticipation builds. They explode onto the stage with Are You In Love With A Notion, Cavorting and Acrylic. The beer-throwing reaches its peak, it’s definitely not just beer… 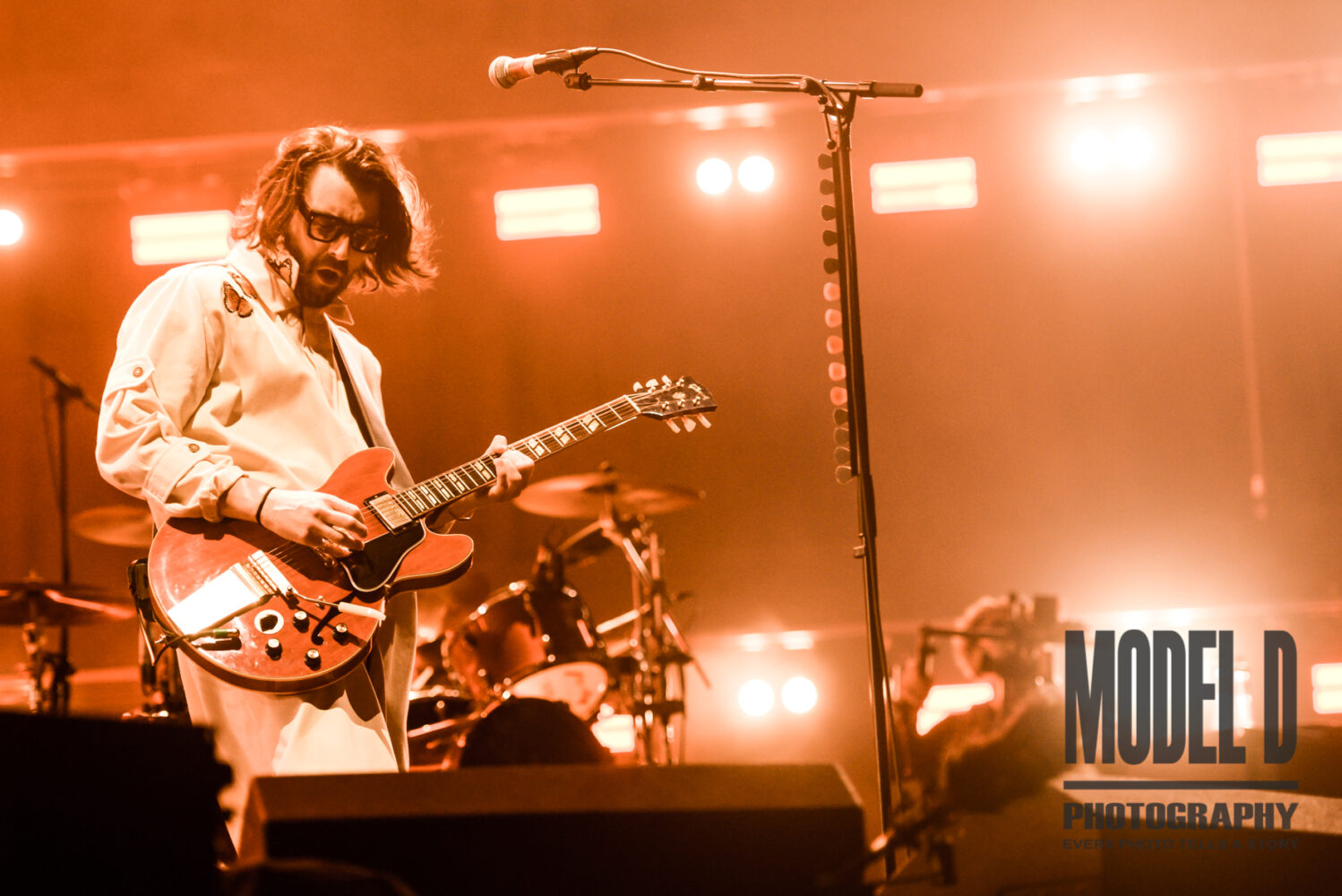 Courteeners take songs from their six albums so there’s something for everyone, with Fallowfield Hillbilly being of note with ‘can you fuck’ being screamed out by the crowd and probably being heard across the city. Mid-set, after the anthem Take Over The World, the band slow things down a little with Small Bones, which also has the attendees in fine voice. This is soon followed by the band having a break and Liam returning to his acoustic solo roots. It was a welcome flashback to seeing him perform at the Bierkeller around 2005, however, tonight is obviously nowhere near as intimate. The Rest Of The World Has Gone Home, Please Don’t and, aptly, Smiths Disco offer a welcome breather. Unfortunately any banter the frontman is having disappears into thin air, not sure if he can be heard at the front let alone standing about halfway back… but we’re here for the music, right?

As the band return, there are a few hopeful shouts for That Kiss, but that is realistically never gonna happen. Instead, the relatively recent Hanging Off Your Cloud and Heavy Jacket restart things, towards the inevitable finale of Not Nineteen Forever and their debut What Took You So Long before the obligatory fireworks light up the night sky. It’s a triumphant return to a venue last played in 2017 for the Courteeners who are on point as always. Overall though it’s been a great day for music fans, especially those of a Stopfordian or Mancunian persuasion.