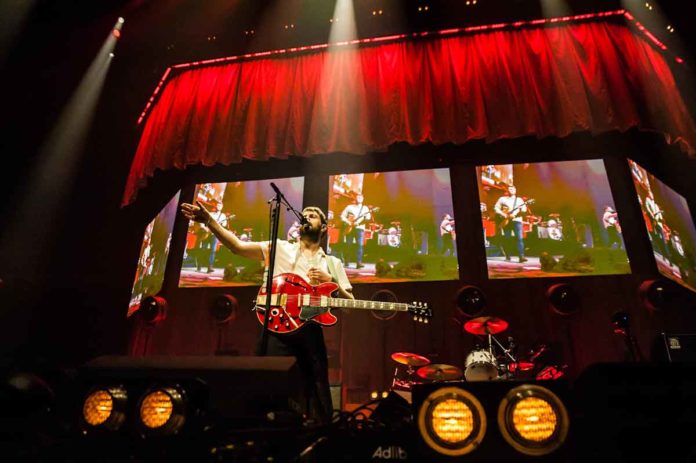 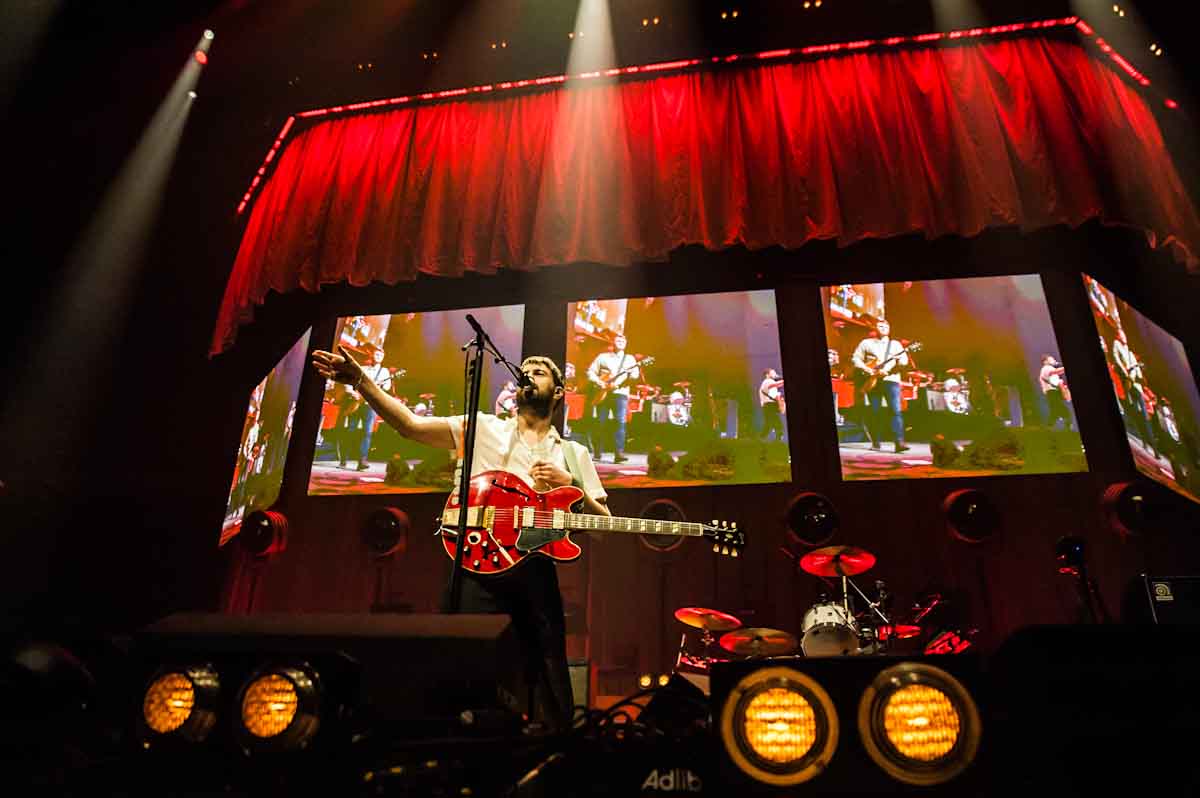 Louder Than War photographer Michael Bond, captured Courteeners at a packed Manchester Arena for another massive homecoming gig for the band. As they fastly approach the release of their 6th studio album ‘More. Again. Forever’ on the 17th January 2020, the band are growing from strength to strength and constantly pulling in loyal fans to their shows. 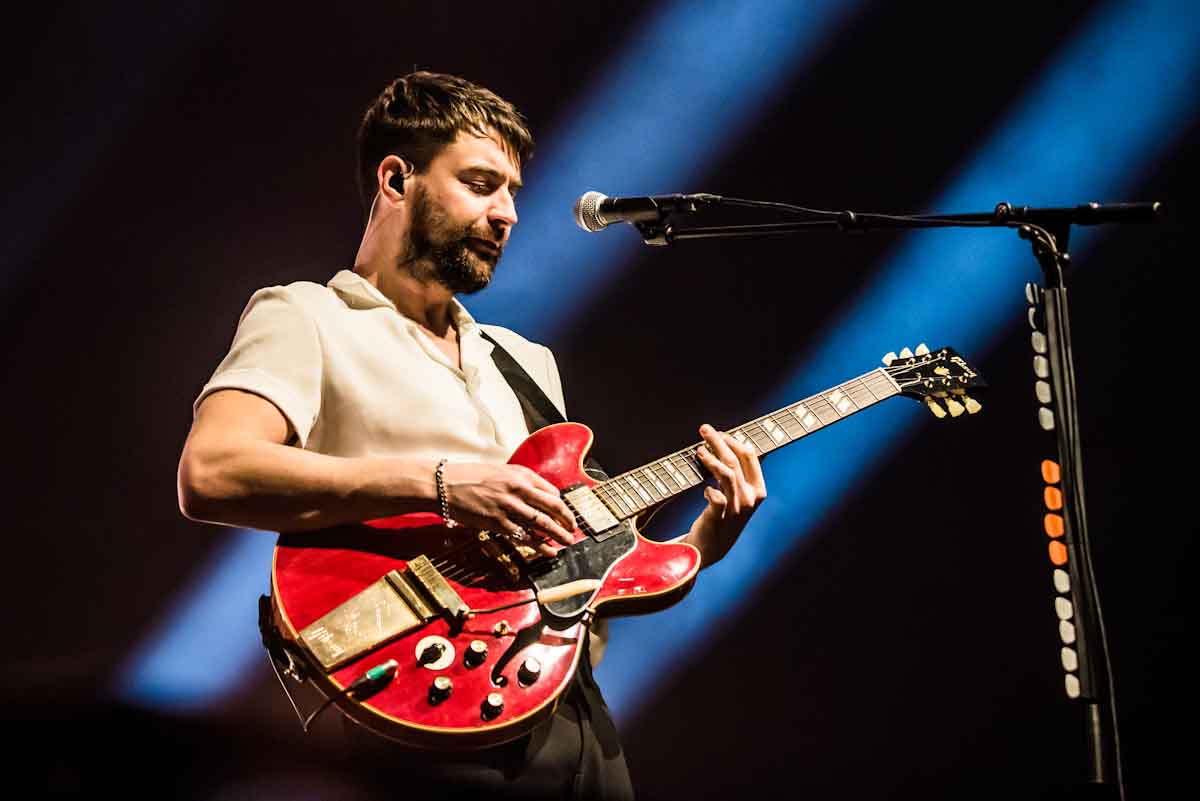 With Oasis’ Morning Glory as a prelude to the band walking out on stage you quickly get a sense of where this gig is heading. With a packed arena up on shoulders, flares aloft, singing in unison looking like extras from This is England 90. The atmosphere builds and builds to a peak as the first sight of the band walking out on stage. They then break straight into Are You in Love With a Notion?, Cavorting and No One Will Ever Replace Us. 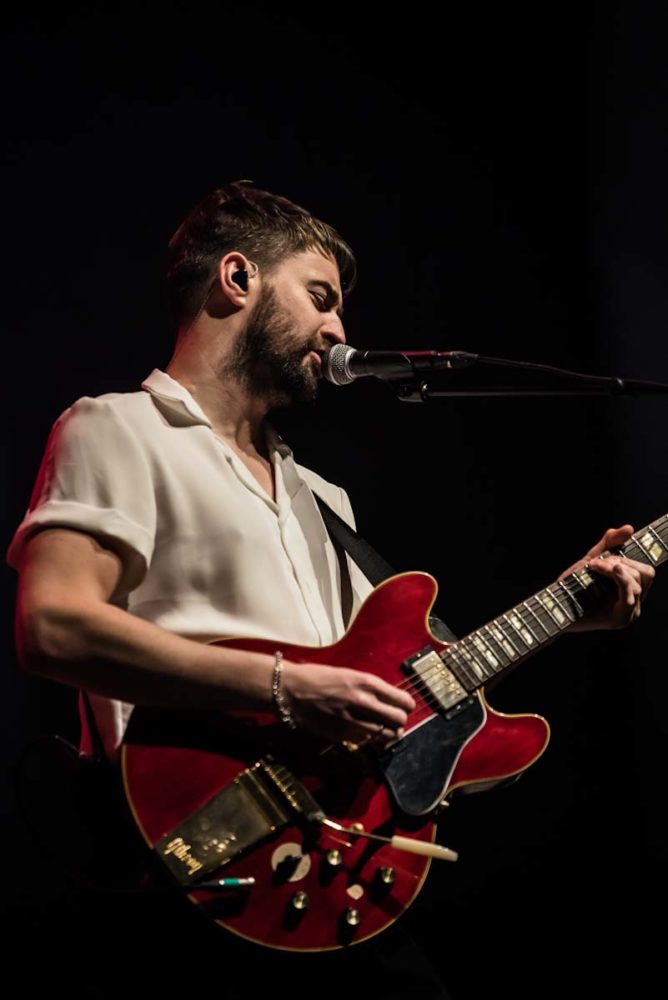 With a set broken into 3 parts and the addition of a string section for new single, Better Man, along with some old favourites. Then onto Liam’s long-standing solo acoustic section which includes a cover of Oasis’ Live Forever. the pace is then picked up again for the encore which peaks with Not Nineteen Forever and finishing off with What Took You So Long? which left 20+ thousand satisfied fans chanting their way into a cold December Manchester night.