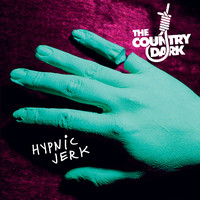 The Country Dark are from Kuopio in Finland and following a couple of well-received “murder country” albums influenced by 16 Horsepower, Elliot Brood and Jim White as well as the novels of Cormack McCarthy they’ve at times on this one, embraced their inner psychobilly and let rip.

The subject matter will be familiar to any fan of the genre; alcohol, ghouls, hot-rods and comic-book violence. On first listen I was immediately reminded of the long-forgotten Orson Family who rode a similar, not-very-PC vibe several decades ago.

These lads do not take themselves too seriously at all (like many ‘abilly bands) and if you’re of a sensitive disposition, the lyrics of something like “Useless (Like Tits On A Boar)” are probably not for you. It’s all pretty tongue in cheek and it’s all done with a huge sense of fun that oozes from the songs. Opener “Demon In Bambi Lee” sets the scene nicely with its primitive, Cramps-like riff and Mika Sonninen’s gruff, sonorous vocals. It’s all pretty much pedal-to-the metal throughout and the album is a breathless gallop oozing in bad taste.

“Mummified Head” continues the twisted journey and the skeletal backing suits the deranged lyrics perfectly. Again, it’s not for the sensitive souls in the world but fans of The Meteors or Guana Batz will love it. As well as the obvious rockabilly influences, there’s a fair dollop of the band’s beloved garage-trash aesthetic throughout. “Burnt Engine Oil” careens along like the bastard offspring of The Trashmen or The Shaggs and leaves without too much fuss. 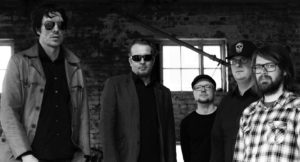 The album has two cover versions alongside the original material. “Take Me From This Garden Of Evil” (originally by Jimmy Wages) and “Farmer John” (originally by The Premieres but also given the Crazy Horse treatment on Neil Young’s ‘Ragged Glory’) and they’re the best things on the album. This is a shame as the original material is very good but these two songs stand head-high over the rest.

This is a video from the most recent previous album and will give you a notion of how The Country Dark do their thing. Enjoy.

The Country Dark can be found on Facebook  and Bandcamp.