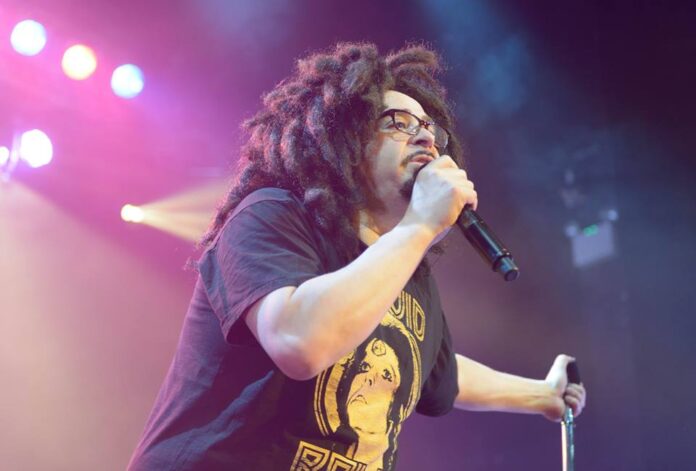 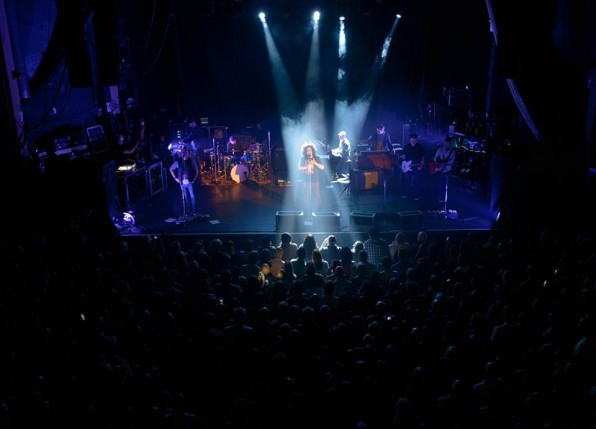 Counting Crows arrive back in Newcastle with an insanely catchy batch of new tracks and a plethora of old hits. Louder Than War’s Lee Hammond is blown away by the brilliance of these alt rock legends.

This evening sees Counting Crows return to Newcastle with a fantastic new album Somewhere Under Wonderland. To say it sounds huge is an understatement and tonight’s gig has us salivating with anticipation. First up though is the small matter of Lucy Rose, this isn’t the first time I’ve been in Lucy’s company and at first thought she wouldn’t be my idea of the best support act for these American alt rock behemoths.

Unfortunately my suspicions are confirmed as we arrive to Lucy playing to a packed house of rather noisy punters, whilst they seemed to be paying some attention Lucy’s sound was washing over everyone. She has such a quiet sweet voice that demands your full attention tonight, and that level of attention just wasn’t there this evening. 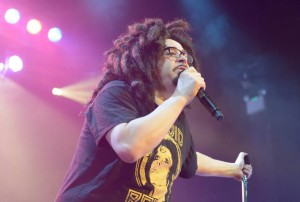 So despite this I’m left slightly disappointed, but through no fault of Lucy’s tonight – it just wasn’t her crowd. They’re here for some top quality rock music and that to me that isn’t her forte. However, there’s only a short wait until Lean on Me rings out throughout the venue and the lights are dimmed, this invokes a huge crowd sing along before the band have even taken to the stage.

It’s immediately obvious to everyone that Counting Crows are on top form tonight, despite opening with a relatively slow track in the form of Sullivan Street. They build the excitement throughout, as they continue in to the first of many from the new album. Scarecrow sounds huge, showing the bands guitar prowess, coupled with Adam’s great storytelling delivery, the end of the track lifts the tempo and the crowd are feeding off the energy.

This is tempered with tracks like Colourblind, there’s a much deeper, darker emphasis here. Adam’s delivery more deliberate a little less enthused creating this real dark atmosphere. The lighting reflecting this mood change as Adam takes the front of the stage, the rest of the band in the shadows as he delivers his powerful lyrics. It’s captivating, his whole demeanour changes as he holds the whole crowd in his hand and to me this is one of the highlights of the night.

They go on to cover Teenage Fanclub’s Start Again, which in its own right is a brilliant track, the Counting Crows version isn’t a million miles away from original but there’s still something markedly different that sets it aside from the original. There are particular nuances in tonight’s version that help it to stand out making ita welcome addition.

Dislocation is one of the more up-tempo tracks in tonight’s set again invoking a huge crowd reaction; it’s a track that has that ability to make you want to dance. There’s a huge chorus and some awesome riffs and even a brilliant guitar solo or two, it seems to be typical of the latest Counting Crows album.

Another from the latest album is the awesome Earthquake Driver, this track has been tattooed on to my brain since first hearing it. It has an awesome hook, with a huge sing along chorus and tonight’s crowd are happy to oblige at any opportunity. As everyone sings and claps along the band look to be enjoying it just as much as every single member of tonight’s audience. The only problem is this track is now permanently stuck in my head and nothing seems to relive me of it.

The band also treats us to a couple of other covers including the obvious Big Yellow Taxi, but they also include a Jackson C Frank cover of Blues Run the Game. This track is so beautiful the whole crowd are quiet as Adam serenades us, with just a delicately picked guitar his voice sits perfectly atop the rhythm as we’re all held under the band’s spell for these three minutes.

As Counting Crows return for the encore, they play one final track from Somewhere Under Wonderland, this takes the form of Palisades Park. The only difference is that they mash it together with bits of Elbow’s Lippy Kids. Once again showing their brilliance, as I exit the venue into the rain I can’t help but reflect for a second or two on the master class of alt-rock that I’d just experienced.

Counting Crows can be found online here: countingcrows.com. They’re also on Facebook and they tweet as @countingcrows.