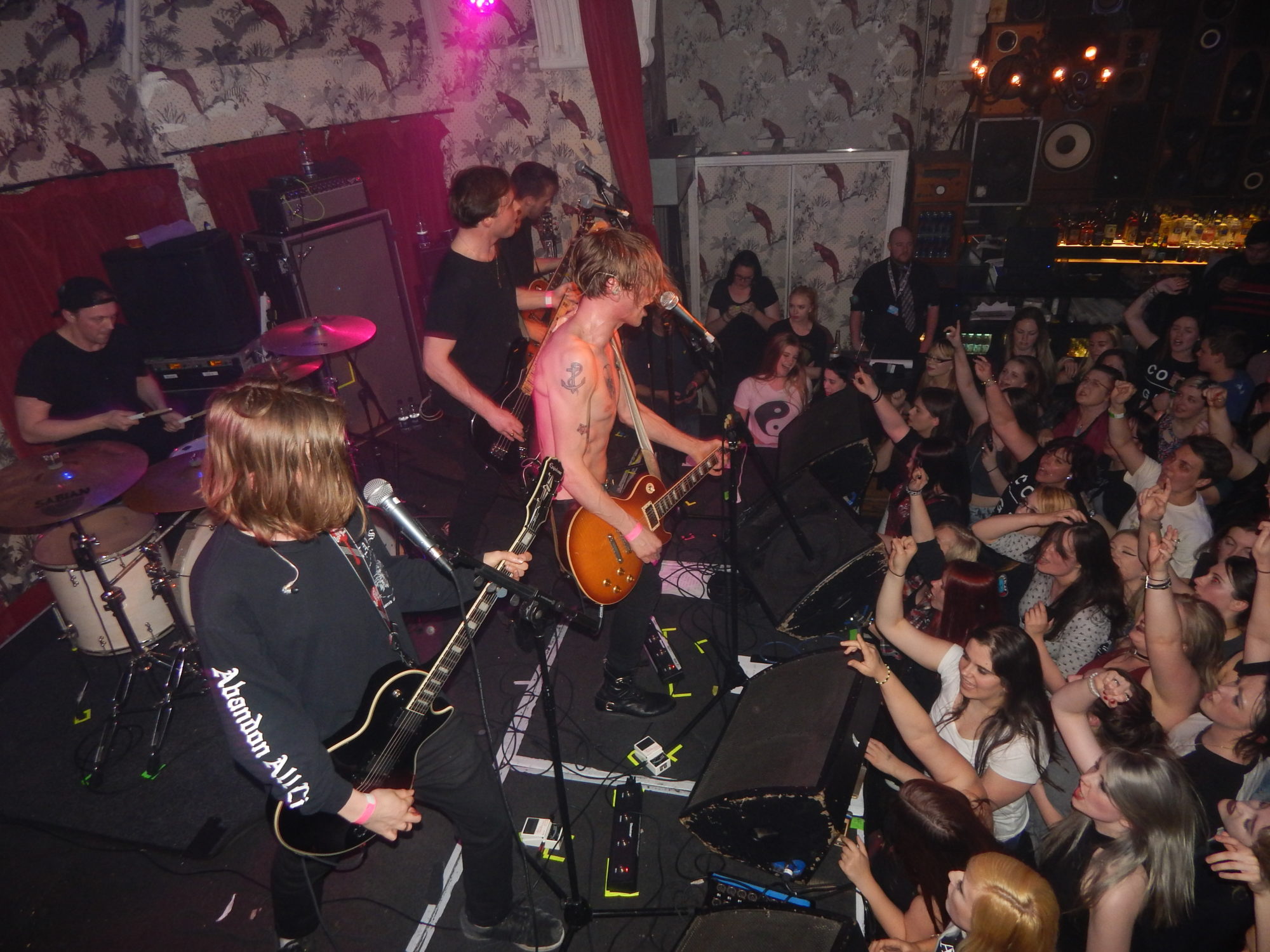 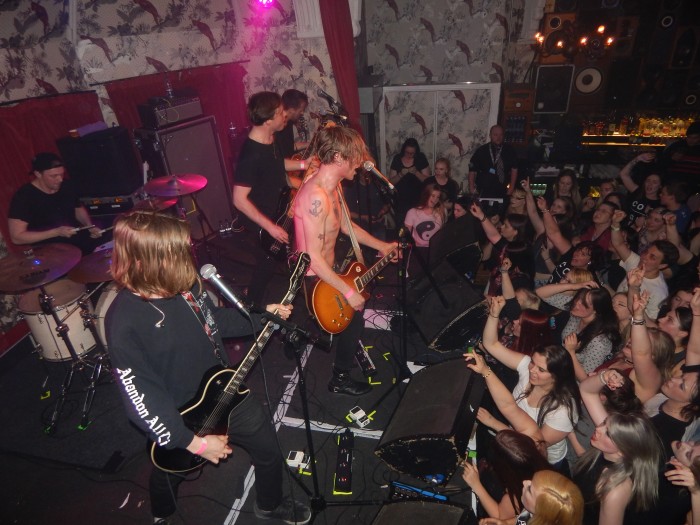 The Deaf Institute was awash with oestrogen as a sea of eager teenage girls were crammed in shoulder to shoulder awaiting Counterfeit to grace them with their presence.

The venue was the perfect location as it was small enough to create a personal vibe, but big enough to contain the band’s relentless energy and obvious passion.

Counterfeit came on all guns blazing with a pumped up version of Hold Fire. There was none of this warming up the crowd bullshit, as soon as frontman Jamie Campbell Bower entered the stage he was right back off it and was dancing on the bar like something out of Coyote Ugly – diving into the crowd like a maniac.

He was not afraid of getting up close to his fans and on two occasions even spat a great glob of salvia into the audience – and they didn’t care one bit.

He knew how to get the crowd riled up, their fists pumping, their feet stomping and their hearts pounding to songs such as Close to your Chest and Romeo. They even surprised their fans with a couple of new tracks including For the Thrill of it. Although these were new to the ears of the crowd, they still readily indulged in them. 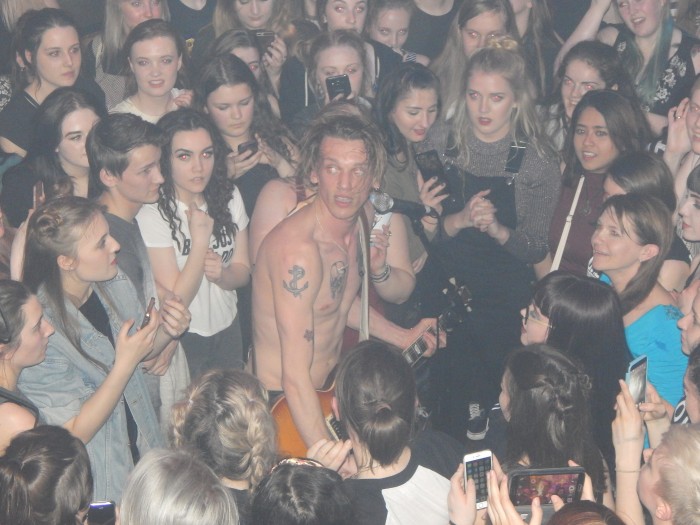 There was a huge contrast between some of the songs as Jamie broke the set in half, showing his vulnerability with Letter to the Lost – a poetic and stripped down dedication to one of his close friends that committed suicide. The crowd was silenced as they surrounded him, anticipating his next move, then chanted the lyrics back at Jamie and his guitar, united as one.

He used this as a platform to announce the band’s close work with CALM – a charity that supports young male adults who suffer with depression. However despite this sobering and sensitive interlude, Counterfeit still bounced back (literally) for the second half of the set, playing a number of fan favourites including Come Get Some.

It was nice to see some brotherly dynamics manifest on stage with Jamie and his younger sibling Sam Bower. The pair were play fighting during the instrumentals, both of them pressing their heads together like two stags locking horns. Fans also appreciated Sam’s guitar playing from his perch atop brother Jamie’s shoulders, in a playful (yet skilful) piggy-back.

They closed the set with their new single, Enough, which was released earlier this month. Jamie mentioned the music video that was put up online coinciding with the song’s release, featuring live takes of Counterfeits gigs which he recreated throughout the show.

All in all, Counterfeit delivered a high octane performance leaving fans sticky, sweaty and more than satisfied. 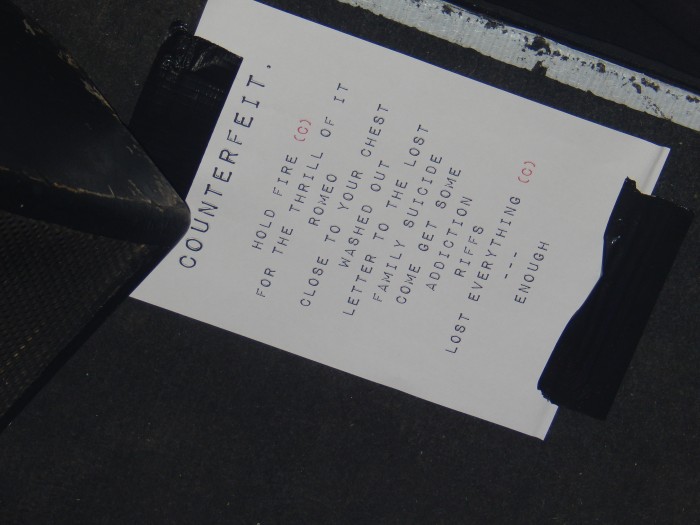 If you want to catch Counterfeit on the road, then go to their website to find out more about their tour dates. Also keep your eye out for an upcoming interview we did with the band before the gig.

They’re touring Europe into June, but their last UK tour date is the 23rd April. Don’t miss out.