Home Music Bands Could this be the best ever re-write of a punk classic? Toxik... 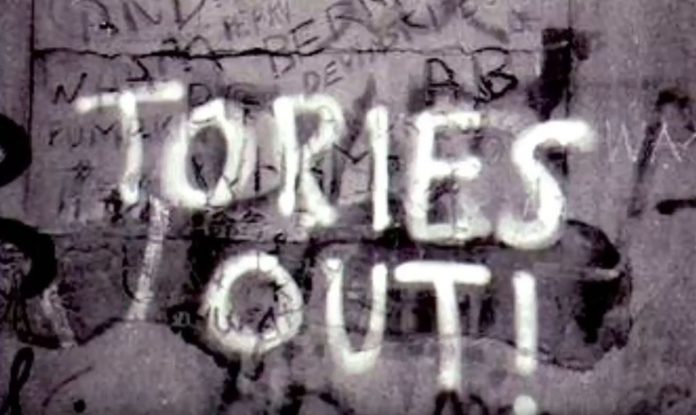 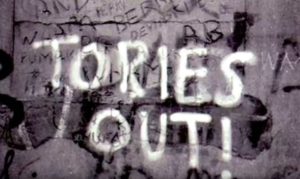 Free DL only from here

Could this be the best ever re-write of a song by The Adverts?’   (Another in a series which started with this..) but the message here is Seeing Through Tabloid Media Lies.

One of the best 1977 Punk Singles, ‘Gary Gilmore’s Eyes’ was a Top 20 hit for the Adverts. Forty two years on it has been re-worked into a simple, direct, no-nonsense punk anthem with the aim of pointing out the bleedin’ obvious before Thursdays General Election. The media and the Tories lie. Constantly.  Don’t Believe the Tripe.

The Black Cat Workers Collective say:  Anarcho-syndicalists would usually advocate spoiling your ballot. That said, the forthcoming UK General Election on the 12th December 2019 at least affords scope to mount a damage limitation exercise.  With that in mind we teamed up with legendary Aberdeen punk band Toxik Ephex, to rework Gary Gilmore’s Eyes into Referendum Lies. (full text here)

TV Smith told me:  They sent me the lyrics as an idea and I said, great, but regrettably I didn’t have time to get involved with the recording. I was very pleased when they went ahead and recorded it anyway.  I stand by every single word of it… even though none of them are mine!

I asked former Adverts bass-player and accidental punk icon Gaye Black if she knew about the track:

No, I didn’t know about it but I totally agree with their sentiments, Farrage and Johnson are both dangerous people and deserve to have their underhand exploits exposed. Happy to be associated with this version!  Love it!

Thrown together by Ged Babey for LTW with assistance from Nathan Brown.