Home News Could Soundcloud be forced to close due to money problems? 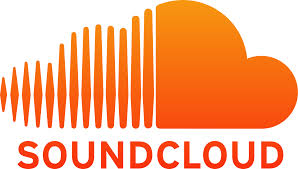 The full story is below…

A report casts “significant doubt on the company’s ability to continue as a going concern.”

As Music Business Worldwide reports, the company’s recently published financial report for 2014 reveals that its overheads have increased faster than its revenue in recent years.

The report makes it clear that while the company had “adequate resources to continue in operational existence for the forseeable future,” SoundCloud was heavily reliant on “further capital investment” to continue operating in 2015.

According to the Financial Times, SoundCloud auditor KPMG said in the report that the need for more investment represented “a material uncertainty which may cast significant doubt on the company’s ability to continue as a going concern.”

SoundCloud raised $77m in investment in 2015 and is believed to have given UMG an equity stake in its recent licensing deal, but unless its long-promised subscription service is a financial success, the company could be forced to find new revenue streams to stay afloat.

In a statement given to FACT, SoundCloud said that the figures “reflect those of a company in a strong growth stage,” which still has “over 18 million creators are using the platform, sharing well over 110 million tracks, and reaching 175 million monthly active listeners.”