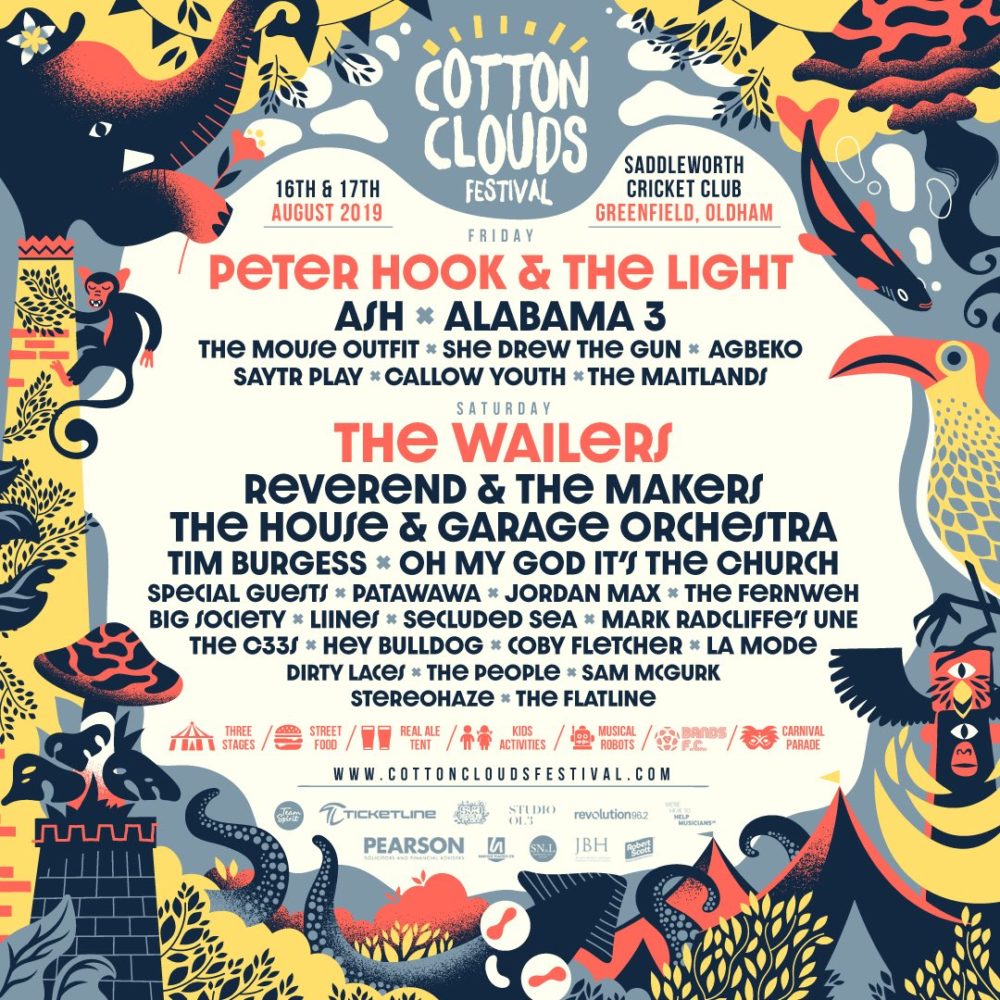 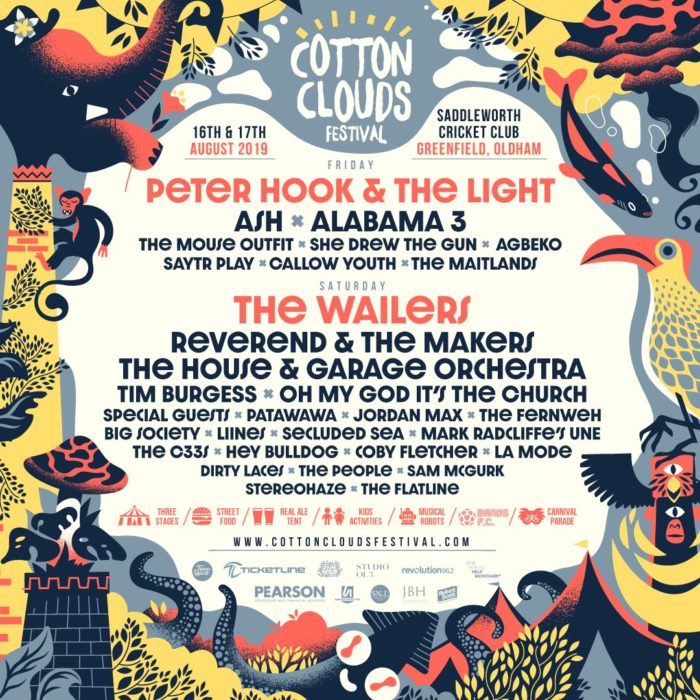 With a peak slot in the UK’s festival season – mid August – this year’s Cotton Clouds Festival promises to build on the success of last year. As well as some well-known names, there’s plenty of new talent waiting to be discovered too. It promises to be two days off some of the best sounds to be heard from around Greater Manchester, and further afield. It’s a family friendly event too, which for many youngsters will be there first experience of seeing band after band in this type of setting. There aren’t many better ways than to start making memories of music than this. So, who exactly will they be able to see and hear, where and when is it happening, and, what’s different about this festival? Read on – all will be revealed…

This year Cotton Clouds has secured a diverse range of artists and performers. Over a two-day period – Friday 16th and Saturday 17th August, music fans can expect to see the likes of Brit Pop act Ash, who will be there, along with many others.

On the Friday, acts including The Mouse Outfit, She Drew the Gun, Agbeko, Saytr Play, Callow Youth and The Maitlands will take to the stage. If that’s not enough for you, the Friday night will also be headlined by one of Manchester’s very own legends – Peter Hook and The Light. Hookie’s recent interview with Louder Than War can be read here.

Fast forward to the Saturday and other bands who wanted in on the action are Tim Burgess of The Charlatans, Reverend and The Makers, The House and Garage Orchestra, Oh My God It’s The Church, Patawa, Jordan Max, The Fernweh, Big Society, Lines, Secluded Sea, The Silver Field, Mark Radcliffe’s Une, The C33s, Coby Fletcher, Dirty Laces, The People, Sam McGurk, Stereo Haze and The Flatliners. The Wailers are Saturday’s curtain callers and will close proceedings.  Their music may be ever associated with Bob Marley, but it’s crucial to realise they’re brilliant artists in their own right, who many will flock to see.

Manchester-based group, one to watch out for, is Hey Bulldog. Their single No Future part II, released late last year, has received airplay on Radio X (picked by John Kennedy) as well as on BBC Radio 6 by no less than Chris Hawkins. Louder Than War chatted briefly with Rob, guitarist and lead vocalist of the group, who said of Cotton Clouds, ‘We went last year to watch Afghan Sand Gang and Deja Vega, and had a great time. It was a special atmosphere at the festival, so we’re delighted to be asked to play this year. When you’re growing up and listening to people like Tim Burgess, Ash, The Wailers and Peter Hook, on the radio, you don’t ever expect to be playing at the same event with them. We can’t to get on stage and show people what we can do. We’re excited to see new bands too, like La Mode, The Lines and Fernweh’.

With all this and more, including stalls and tasty-food huts for all tastes, it promises to be a date to put in your diary. To book the tickets that are best for you and find out more, visit the website. You’ll be able to enquire, read about previous years and keep an eye out for other news.