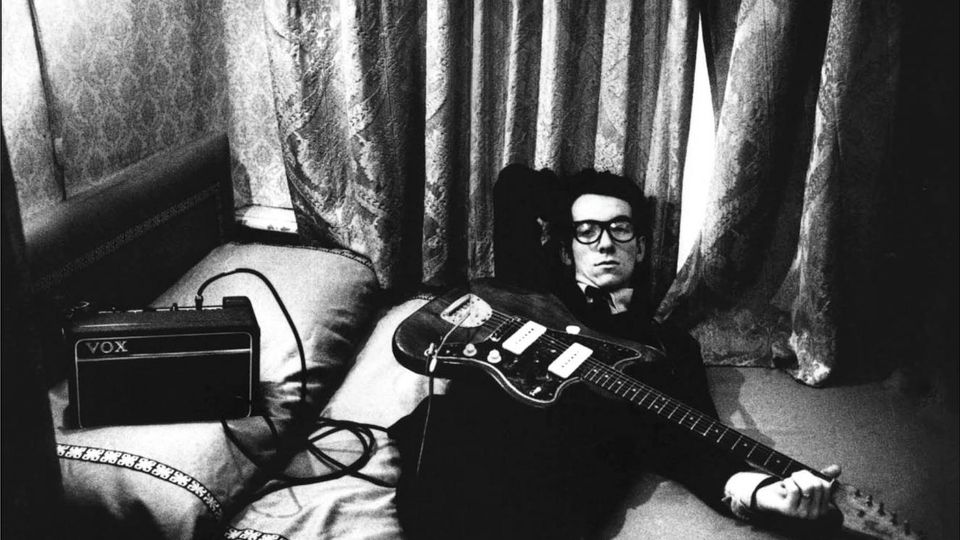 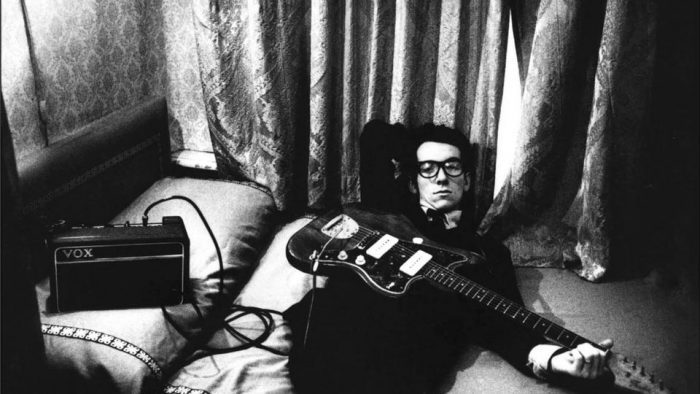 In his exceptionally prolific and diverse career, Costello has swerved erratically, but enjoyably, into a plethora of different genres – Baroque pop, Beatles-esque introspection, jazz, folk and country have all been touched by the London-born, Liverpool-raised songsmith. He’s also worked with an innumerable array of artists, including Johnny Cash, Paul McCartney, Roger McGuinn and Burt Bacharach.

To try and precis Costello’s career into 10 songs is a hard feat – there’s the iconic strut of ‘Pump It Up’, the idiosyncratic rocker ‘Beyond Belief’, the taut punk blast of ‘Radio, Radio’ –  but here’s a slew of some of his finest work.

After signing a worldwide deal with Warner Bros, Costello enjoyed the positives that come from such a global budget, filling Spike with all sorts of diverse musicians and styles. The best track is the 12-string jaunt of ‘…This Town…’, a jangly rocker where Costello surmises, probably correctly, “you’re nobody till everybody in this town thinks you’re a bastard.”

Costello enjoyed something of an Indian summer in the mid-nineties, collaborating numerous artists and also regrouping The Attractions for Brutal Youth, a record that spewed working-class angst and gritty guitars. ‘Rocking Horse Road’ rollicks along on Costello’s ever-increasing yelp, his propulsive guitar coda and Pete Thomas’ peerless drumming.

A scorching ode to tracking down a true love, the stomping keys that propel ‘High Fidelity’ augment Costello’s bull seal bellow, before erupting into a glorious chorus where the troubadour yells: “can you hear me?” It, of course, later lend its title to the Nick Hornby book (fellow writer Bret Easton Ellis would also crib many-a Costello track for his novels).

With Beatles cohort Geoff Emerick behind the desk, Imperial Bedroom was a Baroque masterpiece, spawning some of Costello’s best work (the anthemic ‘You Little Fool’ being just one of them). ‘Man Out of Time’ segues from a screeching scuzz into chiming pianos, shuffling acoustics and Costello’s compressed sigh.

Costello was one of the most fervent foes of the Thatcher era, and never has his bile sounded quite so ferocious as it does here. Ironically wrapped within a Gaelic hum and folky motif, ‘Tramp the Dirt Down’ encases some of Costello’s most vicious lyrics, as he spits: “when they finally put you in the ground, I’ll dance on your grave and tramp the dirt down.” It took extra emotion when Costello aired it at Glastonbury in 2013.

Where it all began – ‘Alison’ may not have been a hit when first released, but its delicate arpeggios and Costello’s wounded howl have since been covered by everyone from Linda Ronstadt to Green Day. Apparently inspired by a beautiful, but bitter, checkout girl, ‘Alison”s raw emotions still resonate today.

A dubby, slinking bass permeates the stereo like the first crack of regretful dawn, as Costello sighs: “bad lovers face to face in the morning”, before evolving into a disco-tinged, yet still bittersweet, refrain. Trust contained a raft of underrated classics, not least the shamelessly poppy ‘Everyday I Write the Book’.

Arguably his biggest hit, the yearning piano blast of ‘Oliver’s Army’ belied its politically taut lyrical content for an up-tempo, propelling piano that ascends when Costello yells: “I would rather be anywhere else but here today.”

Skittish drums and a wonky, rollicking guitar motif propel this slice of gloomy punk rock. A hit when released, it’s still one of Costello’s most-played songs live, a juttering blast of youthful angst as he sneers: “calls herself Natasha but she looks like Elsie.”

This organic, elegiac acoustic chug may read as an affectionate send-up of the land of the free (“they pour Coca-Cola just like vintage wine”), by the time the song reaches its stunning finale – “I was a fine idea at the time, now I’m a brilliant mistake” – it becomes a moving portrait of a man lost in translation.

‘I Hope You’re Happy Now’…’Veronica’…’Sulky Girl’…’Shipbuilding’…the list could have been endless.