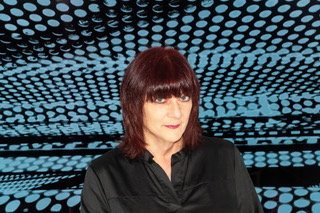 Pioneering artist Cosey Fanni Tutti has announced her second solo album ‘Tutti’ which will be released via Conspiracy International on the 8th February 2019.

TUTTI is comprised of eight soundscapes: an audio self portrait comprising of manipulated sound recordings from Cosey’s life, music and art: “It’s the only album I’ve made that is an all encompassing statement expressing the totality of my being. A sense of the past in relation to the present and everything in between.”

These eight pieces were originally conceived as the soundtrack to the autobiographical film ‘Harmonic Coumaction’, and performed live in February 2017, part of a series of events that accompanied the COUM Transmissions retrospective which opened Hull UK City of Culture 2017. Later that year, ‘Harmonic Coumaction’ was presented as an audio-visual installation for Cosey Fanni Tutti’s solo exhibition at Cabinet Gallery, London.
Cosey Fanni Tutti explains: “Working on the COUM Transmissions exhibition also coincided with writing my autobiography – collating archive material and re engaging with my past. My work is a continuum, the past feeding the present and vice versa. The album is an interpretation of my past and present, of my understanding the shifting perceptions of how they inform one another. One form creating another through a metamorphic process.”

On TUTTI, the music has been updated and enhanced with elements of the original tracks re-recorded and further processed specifically to create a unique stand-alone document, separate to the live performance and installation.
Recorded at Cosey Fanni Tutti’s studio in Norfolk, the album, as on her debut release, Time To Tell, merges Cosey’s art activities with her exploration of sound: The album’s autobiographical theme is not locked into any specific time or place, the ‘voices’, instruments and sounds together span decades of my life, music and art. In this context my name ‘TUTTI’ shifts from its role as a noun to perfectly represent the concept of the album, also acting as sign for me the artist.

TUTTI is Cosey Fanni Tutti’s only solo album release since 1982’s Time To Tell. Time To Tell was recently given its first release on vinyl, on a long awaited official deluxe edition. The interim years between solo releases has seen a blisteringly prolific output as an artist and musician. Renowned for her art, her work in the sex industry, as co-founder of Industrial music and Throbbing Gristle, and her pioneering electronic music solo and as Chris & Cosey, Carter Tutti and Carter Tutti Void, she has created throughout with the motto “my life is my art, my art is my life”. Cosey’s autobiography ART SEX MUSIC was published to worldwide acclaim by Faber & Faber in 2017 (our review of which can be found here), a Japanese edition has just been published with further translations and an audio book to follow.