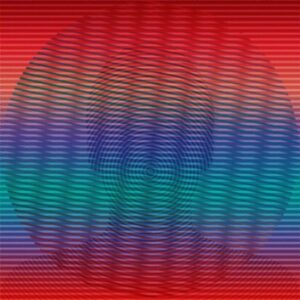 The Dark Outside / World Of Echo

The latest full length from Neil Hale under the Correlations moniker sees him stretch his sound further than ever before. Simon Tucker reviews.

From the opening few seconds of ‘Slow Run’ you are instantly aware that we are stepping into a new area for Correlations. This is not going to be a retread of their (rather wonderful) debut album Before The Heat or the more post-rock leanings of 2017’s You Don’t Talk For Me EP. Instead what are getting is a further exploration of true electronic pop music. ‘Slow Run’ is a love letter to the boom era of what we now term synth-pop with its metronome rhythmic pattern keeping the pace at a steady, perfect for shuffling your feet on the dancefloor, groove and cascading melody lines. Throughout the track various patterns and sonic textures glide in and out of focus helping the track stay moving and never allowing it to become stale. This is the signpost.

The title of the album is an interesting choice as it infers that Hale had specific memories in mind when creating the elements within. It’s probably just a randomly chosen phrase but I for one like to imagine that each track has a distinct moment attached to it. By doing this you allow many of the emotional elements to connect with you on a deeper level whether that be on the title track itself which glistens with beauty as it starts but becomes denser as it progresses packing a heavy punch or the symphonic closer The Master which bubbles along with an almost evangelical atmosphere.

Throughout ‘From Memory’ Hale reminds us that inside him lies the heart of a true lover of pop music. It may be pop that exists on the fringes for a while before it penetrates the mainstream, becomes influential / commercial / swallowed up, before retreating to the shadows again to recuperate and re-calibrate, yet it is P.O.P. music. This is pop music for the head and the feet and contains within its running time some of the most intimate, spiritual, beautiful and just plain joyous electronic music of the year so far. There seems to be a reclaiming of electronic pop music by artists prising its image away from Duran and Spandau, refocusing our gaze on what was so great about that initial burst of motorik pop. The music these artists are creating tap into the lineage whilst adding their own section of the DNA making it as progressive as it is backwards gazing. From Memory belongs in that lineage and is a vital piece of the growing tapestry of pop.

All monies raised from the digital copy of From Memory will be donated to Shelter.