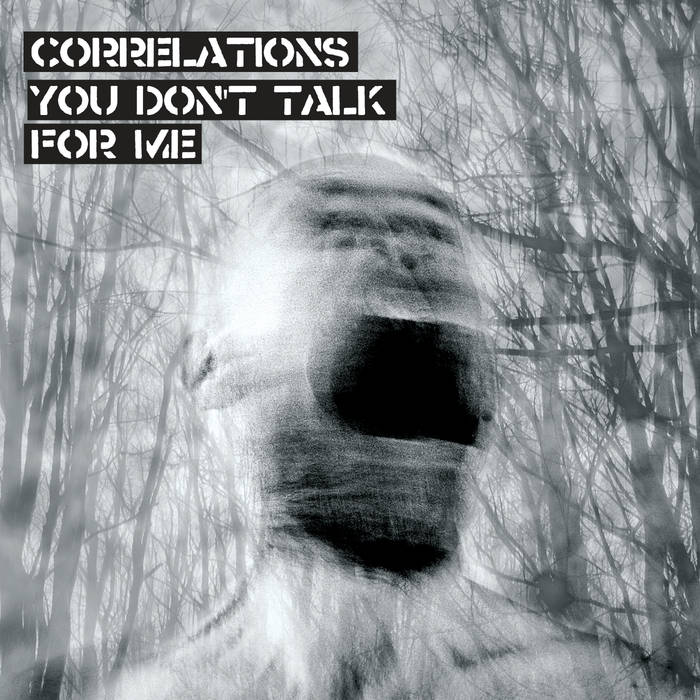 Correlations: You Don’t Talk For Me (World of Echo)

Correlations’ debut album ‘Before The Heat’ which came out on Castles in Space last year showed a duo (Neil Hale and Stuart Cullen) completely unafraid to experiment with sounds and influences. The album, whilst initially hard to lock onto, soon showed its true magic and was one that really grew on you more and more with each listen. Now the pair have released an EP on their own World of Echo label and it is very pleasing to hear that they have continued to push themselves into different sonic territories creating a music that is difficult to label. Is it post-rock? partly. Is it krautrock? certainly some elements are there. Is it shoegaze? they’ve certainly owned an MBV or Slowdive album at some point but the most important influence that peers through the feedback and synths is good ol’ fashioned pop music for You Don’t Talk For Me is, once you strip everything away and get to its core, a beautiful, dreamy and exciting pop release. It is pop music as it was originally intended, brave, bold, and experimental. It is soaked in melody and crafted with care and precision.

On the EP we get two versions of the title track with one labelled “acoustic” though you don’t get a song that is just acoustic guitars instead you get the synths surrounding the main guitar riff which in this version just so happens to be played acoustically instead of the original which is far more soaring and riff heavy.

Safety Net (Slight Return) then follows which is a guitar-pop vista-vision instrumental that is equal parts dreamy and inspiring. Full of light and optimism, Safety Net is a wonderful trip to the sun.

Finally we get Heroes and yes it is indeed a take on the Bowie classic. The removal of the “” around the title is very telling as we are not getting a cover version where someone just takes the original, adds some of their own flourishes then releases it. That would far too lazy. Instead we get an instrumental version which mines the optimistic core of Bowie’s original and turns it up to eleven. The duo have the intelligence to let the song slowly emerge so it is only after a while do we get the melody lines and hints of the original. This is honestly a fine tribute and a brave move that fully pays off.

You Don’t Talk For Me shows once again that Correlations are an outfit very much worth our attention. They create their own world which is intoxicating and incredibly interesting. A true shot of Vitamin D and a release that once again shows us that pop is not a dirty word but more a base camp from where our most clever of artists can lean on before ascending into their own future.