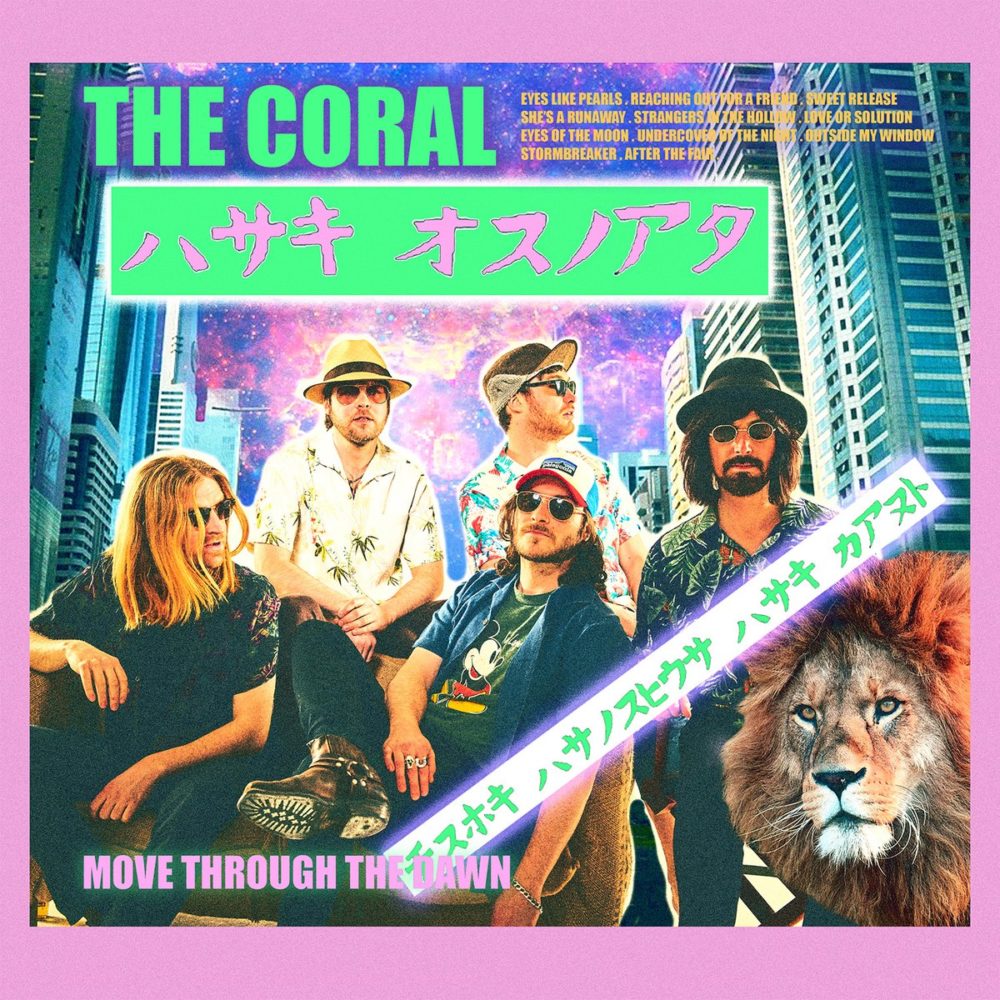 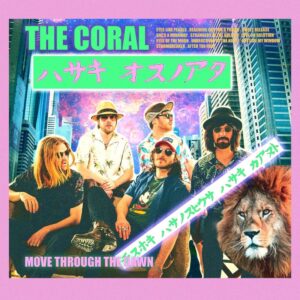 MOVE THROUGH THE DAWN

The Coral return with their seventh proper full-length album, the second in their second chapter, and produce a glorious summer soundtrack full of blissfully romantic melodies that see them drawing on the highs of their previous outings.

Back in 2002, The Coral broke the mould of guitar bands coming out of the UK at the time, drawing on more obscure influences than their contemporaries, but over the course of the following six years their own mould nearly broke them. The departure of Bill Ryder-Jones after 2007s Roots & Echos, of Lee Southall after the following Butterfly House, followed by the release of the ‘lost album’ The Curse Of Love had fans trembling. Was the end nigh for this gang of twisting psych chameleons? After a five year hiatus however, The Coral returned in 2016 with Distance Inbetween, possibly their best and most coherent album since their eponymous debut. Full of heavier and darker riffs, the album was a statement of intent that they had returned full of force and energy. It would have been easy for them to try and replicate its sound and success, but the Hoylake boys are not for treading the Mersey water for too long anymore. Their new album, Move Through The Dawn, takes a left turn away from its predecessor and dives headlong into Phil Spector’s 1970s cosmic sounds, an apt influence of resurgence.

The album opens with current single Eyes Like Pearls, a song that chimes with optimism in the face of its own question. “What do you dream when the world is on fire?” asks James Skelly to start things off before he drifts into a swirling world of technicolour sanguinity, assuring us that there are still oases of calm and bliss. The following Reaching Out For A Friend continues the theme over a buoyant rhythm that drives the song along. It’s clear from this opening couplet that The Coral’s world is once again one filled with joyous spirits and, on the evidence of Sweet Release (the album’s first single), with that cheeky nature which endured so many people to them at the beginning of their career. An opening round of drum machine beats quickly give way to a bombastic tune that pounds along under wiry guitar riffs, and melodies and harmonies that worm their way through your body. Sounding like the Super Furries at their most playful, you have to be comatose inside to not feel the rhythm move your bones.

While their troubles may be behind them, the band are not afraid to look back at what they have achieved thus far, and rightly so, bringing in the best of their own history. Strangers In The Hollow and, to a greater extent, She’s A Runaway would have been highlights on Butterfly House, drifting in the soft beauty of paisley psych, while Eyes Of The Moon sees them once again mining the cascading acoustics of Magic and Medicine to great effect. Outside My Window is the closest they drift to the sound of Distance Inbetween, a brooding fuzz-driven psychedelic swirl that drips in Nuggets-inspired harmonious garage-rock. Sounding like Strawberry Alarm Clock for the current generation, its acid-induced sunshine pop is absorbing. Penultimate track, Stormbreaker, picks this idea up again, but this time adding more British Invasion sound and an almost prog-rock guitar solo. They close out the album with the wonderful After The Fair, a subtly finger-picked song that finishes the album beautifully, telling us to hold on to what we have, chase it when it runs away, and look towards tomorrow before it’s gone.

On Move Through The Dawn, The Coral have once again returned to the idea of crafting songs, carving them from the raw material and working them until they are polished and shine. Every song on this new album stands out from the rest in its own way, marking its own territory, much in the same way as those on their debut. The difference is of course the maturity in their songwriting, the lush arrangements and with James Skelly captaining their ship, here’s hoping that they long sail the seas of their new adventure. Some say that sequels never live up to the originals, but The Coral are proving that second chapters can truly breathe life and soul into them.