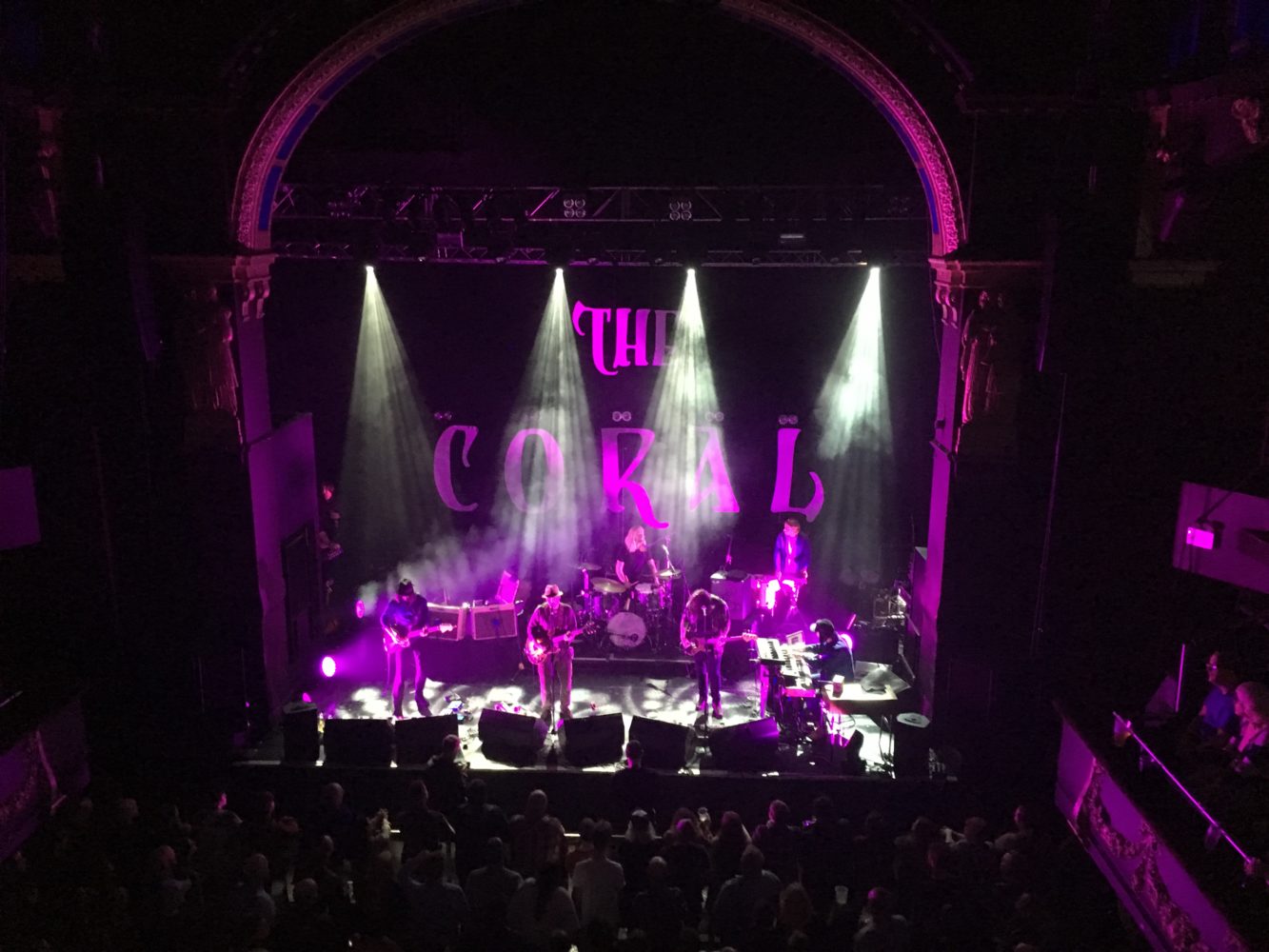 After unleashing one of the best albums of the year, Moving Through The Dawn, The Coral have headed out on the road to support their album and to play some of their crowd favourites. Matt Mead caught the band live and direct on the floorboards at Birmingham’s 02 Institute and also got a quick chat with the lads for Louder Than War.

Having previously seen the band play live on Jools Holland’s Later TV programme, plus recently in session for Radio X, Radio 2 and Zoe Balls Sunday morning TV slot it’s evident The Coral are a live force to be reckoned with. 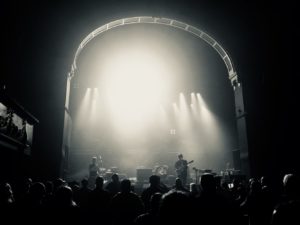 Tonight starts with support bands Cut Glass Kings and She Drew The Gun. Cut Glass Kings are like a mixture of White Stripes meets The Who, loud, brash and playing tuneful songs. She Drew The Gun are bordering on Adam Any with their look and sound, if they had a double drum set up they’d have to have the white talc across their noses to match the any man. 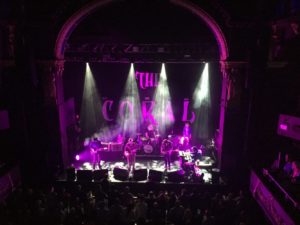 The Coral enter the ring to Sweet Release, one of many songs they play from their new album. They play the hits including Jacqueline, In The Morning and Eyes Like Pearls.

Vocal harmonies to rival The Beach Boys in their prime, Paul Duffy and Ian Skelly are a rhythm section that plays as good as Ian Paice and John Paul Jones in their prime, frontman James Skelly with just the right amount cool swagger to rival McCartney, Brown and Gallagher in their prime, although he told me before the gig his favourite live gig he’s seen was Status Quo. Will we see him grow out his hair, go all denim and rock all over the world? Time will tell. Keyboards are taken care by James Power, leaning coolly over his instrument, looking like a scientist whose going to perform his latest experiment on his latest victim. Lead guitarist Paul Molloy looks like Jimmy Page in his Yardbirds heyday, playing licks naturally, with precision that eat into the walls of any venue. Infact in a homage to the ‘Birds the band cover superbly Heart Full Of Soul. With the addition of a percussionist on this tour which adds an extra dimension to the band, you’ll find the band have perfected their art with just the right amount of balance to their live sound.

The encore is stunning. Goodbye takes the crowd into a full tour de force sonic sound blast. Literally taking the roof off the place, phenomenal. Closing track Dreaming Of You gets the beer glasses thrown with everyone up and at it! Perfect.

Catch Liverpool’s finest whilst you can. With plenty of dates left on the tour they should be coming to a town near you very soon!