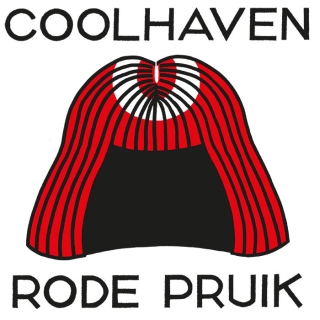 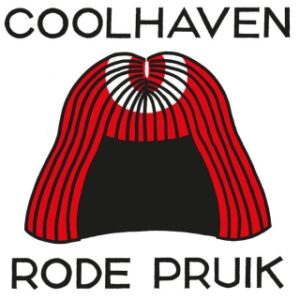 Rotterdam’s Coolhaven are a breezy, clever act that just keep on keeping on; making music for the sake of making music. That might sound patronising but I genuinely mean it as a compliment. Coolhaven are in love with pop and use it as a vehicle to get up to all sorts of mischief. They’ve made some great records (a favourite of mine is Strømblocque Phantasiën) produced cod-operas about Friedrich Nietzsche, dressed up in C18th attire and generally mucked about on the fringes of both the cultural sector and the international underground pop scene for years. Though they might not like me saying this a lot of their music is playful in a very Dutch manner, ever-so-slightly self-effacing and clever but always fun. Unsurprisingly, there is a distinct whiff of Rotterdam in their sound: an “up-for-it” air, sometimes abrasive but earthy and quick-witted. The band (Lukas Simonis, Hajo Doorn and Peter Fengler) know the underground music history of their city like few others and this latest record is one that celebrates two very distinctive and brilliant parts of it: the punk and gabber scenes.

I presume this mini LP’s title Rode Pruik (red wig) refers to Coolhaven giving these old staples a new chance to scrub up and shine. Given we’re dealing with Rondos this means “ART”. And, in keeping with the Rondos legend, we get a potted history of Rotterdam in relation to its alternative culture courtesy of the cartoon character Biggo; a pig in a suit created by Rondo’s singer Johannes van der Weert. The fabulous cartoon that is part of this release is a strong visual reminder that the antsy artshock created by this legendary band went far beyond music. As well as making their raw committed punk the band made some incredibly prescient art during their short life; notorious amongst other things for parading a cardboard German tank through Rotterdam’s centre.

But, but, but… Covering the Rondos in their own back yard? They’ve got a nerve, those urban artholes. I can feel the angry vibrations of sensitive record collector types clutching their (original) copy of Black and White Statement and groaning whilst wiping their brow with a copy of Racket. I must say, though, that Coolhaven capture Rondos’ energy and purpose brilliantly here. The original gritty, white hot growls are given a demented chamber pop twist; and it works surprisingly well; as enthusiasm and a genuine love shines through. These re-assemblings are surely the audio equivalent of souped-up drag racers – low-slung, cruising down the West Blaak, windows down and beatbox shuddering and shaking against the backseat window. In fact (and maybe whisper it) the goggle-eyed take on King Kong’s Penis may actually be better than the original. It’s certainly more refreshing and the humour is well to the fore.

Rondo’s songs are like T34s in any case, they are tough, flexible and can be repaired and reassembled for any cultural campaign. Thankfully Coolhaven have sensed this and don’t fall prey to the temptation of treating these venerable originals with kid gloves. And anyway, these are different times. Weirdly these covers sound very British; at times they sound like London underground weirdo band UNIT during their (brilliant) “Chinese phase”; albeit a UNIT who can really play their instruments. Or even Howl in the Typewriter. I Don’t Like the Rastaman is a fabulously loose run out, a musical Heath Robinson held together by string and sticky tape. And the all-too-short I Got No Time sounds like it wants to morph into a bedroom take on Harmonia’s Watussi, or a mid-seventies Gong outtake from Radio Gnome. Again it’s great and adds a very appealing colour tint to the stentorian original.

The other act covered, the mysterious Tandstickorshocks, get similar treatment. Kill For Peace and Religion II are gabbered to within an inch of their life. Side two eventually melts into the sort of rusty and sticky chemical rave the city is famous for.

The overall verdict is that Rode Pruik is a very very enjoyable record and one that’s been on almost constant rotation chez nous. Actually it’s how I want de Kift to sound instead of the overly sentimental cabaret they knock out. And it whets the appetite for the next round of cultural vandalism. What crime will Coolhaven commit next? A chamber pop take on KIEM? A Lee Towers opera? A new take on You’ll Never Walk Alone for the legions of Feyenoord knuckledraggers? We await with baited breath.