Home News In conversation with Mark Sesin of Headcheck Records…

In conversation with Mark Sesin of Headcheck Records…

Mark Sesin set up Headcheck Music a couple of years ago, the aim being to release records of bands who at that point were not getting the attention they deserved.

Recent releases include the debut EP from Butcher Baby a London based hard core punk band featuring members of The Restarts, Left For Dead, Blatoidea and the Short Bus Window Lickers, the new album from On Trial UK, and the second album from the Headstone Horrors ‘Tales From The Murder House’.

Headcheck Music has since expanded into a booking agency, and promotions company – the name Headcheck now being familiar to many who attend grassroots gigs.

Mark has also created and runs the Thinking Pink Festival – a charity event that every year seeks to raise funds for breast cancer research; the 2017 event has been confirmed for Saturday 7th October 2017 with bands so far confirmed including Vice Squad, In Evil Hour, and Super Fast Girlie Show.

Louder Than War are proud to have been appointed as an Official Thinking Pink 2017 ticket outlet – Advance tickets are available from the LTW Shop now.

We took the opportunity to chat to Mark about Headcheck, and his plans for the label;

LTW: Where are you based, what do you do and why?

Mark Sesin: We are based on the Nottinghamshire/Derbyshire border in a small town called Heanor.

The idea of Headcheck Records is to release albums and EP’s by bands we feel should be getting more publicity than they currently are, and to try and give them a helping hand. We deal mainly with new bands but have released more established bands in the past. We are very much a grunge and punk based label as I have always been personally influenced by these genres, but we will be expanding and evolving for some of our future releases.

LTW: When did you launch the label and how have things changed since then

MS: The label was launched in 2012 when I was looking for something new for a band I was managing at the time who were described as a ‘Grunk’ (a mixture of grunge and punk) band, hence the label being mainly a grunge and punk label. We will always have ‘Grunk’ roots but we will be expanding our scope as we don’t want to be pigeon holed but still want a strong identity.

The main thing that has changed is the bands on the label, as some of the originals have either split or moved on to other labels and agents or will be doing things DIY in the future. Some of the bands have just done one release with us and some will be moving forward with us into 2017 as we build our new roster for the future.

LTW: Which, if any other labels, figures influenced you?

MS: I’ve had, and continue to have a lot of help, support, and advice from STP Records.

LTW: I know Stu (Head of STP Records) myself, he has been responsible for releasing some excellent albums by the likes of dragSTER, Dirt Box Disco, and In Evil Hour.

MS: Yes, that’s him; I’ve known Stu a long time and he’s been, and continues to be a big help to us, that said, I admire all the small labels out there who are trying to make a difference.

LTW: Who are your competitors?

MS: It sounds like a cliché, but we don’t really have competitors, we like to work with bands and labels; that way everyone benefits.

LTW: Other than don’t – any advice for someone who might want to start their own label?

MS: Believe in what you do and choose your bands carefully. Be prepared to lose money and always be prepared for unexpected pitfalls. But also, have a lot of fun as it can be very rewarding in many ways.

LTW: Taking all that into account, which is the most important to you – sales or stature?

MS: I would say stature but you do need sales to stay afloat. We just about break even here at Headcheck but running the label can be very rewarding in so many other ways other than financial. 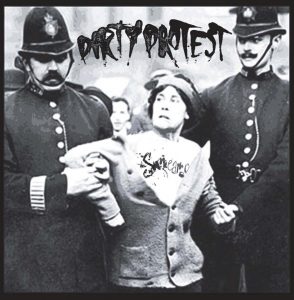 LTW: To date, what’s been your biggest high – this could be a release, signing or a Headcheck Music event…

MS: This is a really tough one – financially our biggest selling band are The Smears who have unfortunately split up.

Signing wise it is probably Brain’s All Gone as they were snapped up from the label and are now signed to Sony Music which is really great for their career and we’re really pleased that we had them in the beginning and helped them on their way.

Event wise, that would be the now annual Thinking Pink Festival that we do in aid of breast cancer support and aftercare as it is very personal to us. 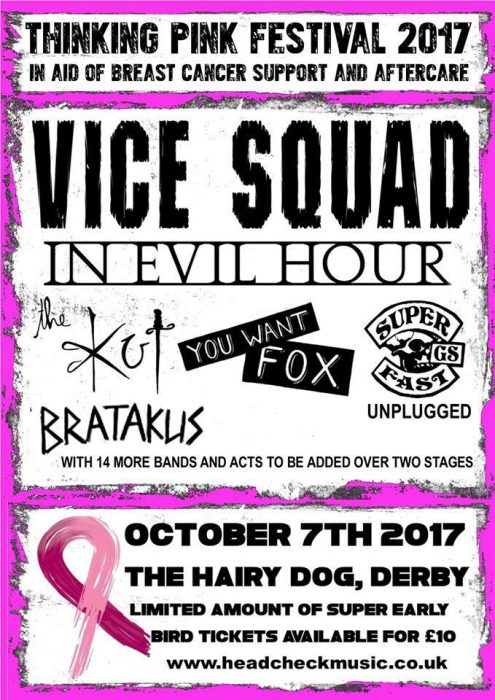 LTW: I went to this year’s festival, was held at the Hairy Dog, Derby which is a great venue, I’d agree with you – some great bands performing across both stages, and not all Headcheck artists; was good to see the likes of The Crows, Super Fast Girlie Show, and Emma O playing to good crowds and as you say all for a great cause.

LTW: And I guess to counter that – the lowest low?

MS: The lowest low is when a band splits, especially when you feel they have a lot more to offer or when you just feel that a band doesn’t fit with the label no more.

LTW: Do you and or Headcheck have a guiding principle?

MS: The band obviously needs to fit with the identity of the label and within the genres that we work with. We are a very small label so unfortunately can’t always work with as many bands as we’d like to financially. What we lack in financial backing we try to make up with passion, hard work, and sheer determination!

LTW: Which album do you wish you could have released – and why that one? 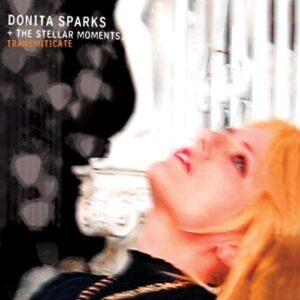 LTW: So where should a newcomer to Headcheck start with the label?

MS: Start with the early releases and work their way to the present!

LTW: You hinted at a few things, but what can we look forward to?

MS: Our next release will be from Turbulent Hearts which we’re really excited about as we think they are an excellent band and have a great future ahead of them, and are the perfect example of the direction that the label is going in.

We will also be helping out The Last Gang which we are equally excited about, and we are also in talks with and hoping to sign up 2 more new bands in the very near future. 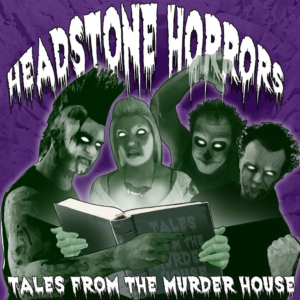 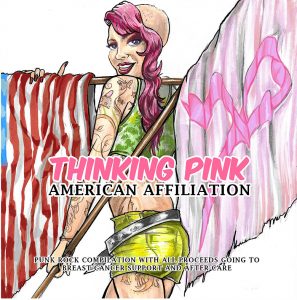