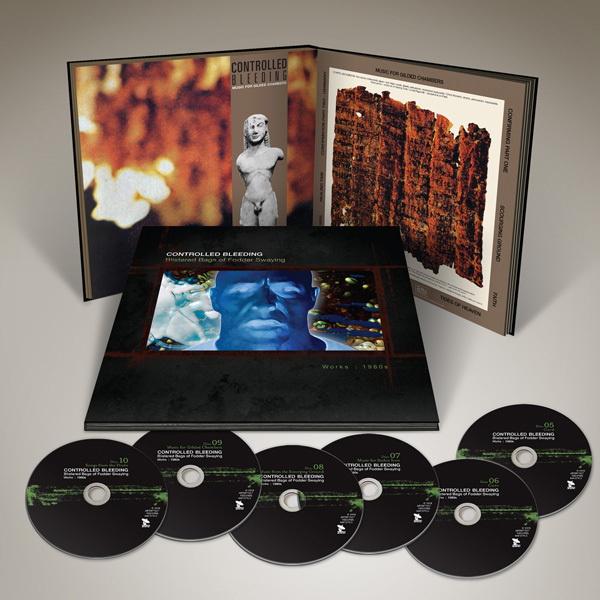 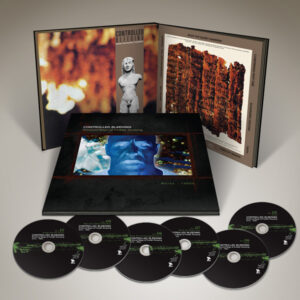 US Experimental pioneers Controlled Bleeding are to be the subject of a sumptuous 10CD retrospective release, the entire package being presented within a bound book which includes large-size reproductions of the front and back covers of each release, as well as a long form essay by founder Paul Lemos.

The entire package, entitled ‘Controlled Bleeding. Blistered Bags of Fodder Swaying: Works 1980’ will be released via Canadian label Artoffact Records and contains some of the bands earliest recordings;

The period between 1985 and 1988 was the most productive in the long history of Controlled Bleeding; no fewer than 13 albums and three split works were released in this short timeframe, starting with ‘Death in the Cameroon’, and including releases on labels including Sub Rosa, Dossier, and many others.

Founder Paul Lemos, along with long-time members Joe Papa and Chris Moriarty produced material relentlessly over this three to four year span, experimenting with noise, industrial, tribal sounds, goth, ethereal, and ambient music. In hind-sight, this furious output set the stage for Controlled Bleeding’s more famous Wax Trax works, but the material itself found its way to every corner of the experimental world, and it influenced everyone. 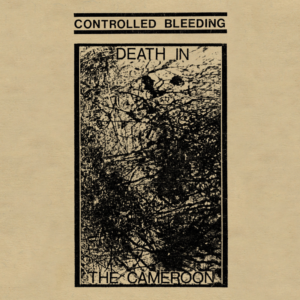 Artoffact Records is proud to announce a 10CD collection of Controlled Bleeding material, released between 1985 and 1988, much of which has been out of print for decades. The set starts with the tape-only Death In The Cameroon; being one of the first Controlled Bleeding compositions, and to date one of the only ones that has never been released in any format other than the original cassette, Cameroon is a collectors’ dream. It clocks in at over an hour and comprises three magnificent pieces that are lucid, difficult, and beautiful.

The full package includes seven more Controlled Bleeding albums, including Headcrack, which has never been released on CD. Also included are two Controlled Bleeding off-shoots: the industrial one-off project The Art Barbeque, from 1985, and the Lemos / Papa collaboration Music For Stolen Icon from 1986.

Advance orders are being taken now, direct at Artoffact Records.