Home Best of the Web Constantly on: Sean Moeller and Daytrotter.com – Interview 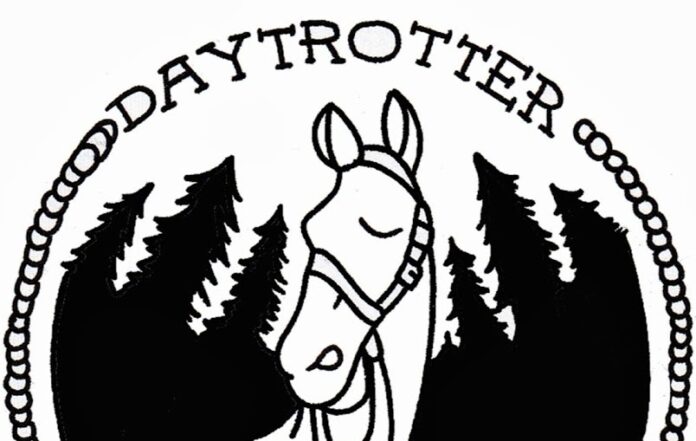 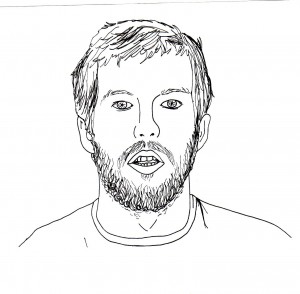 Nat Lyon chats with Sean Moeller, the inspiration behind the ever groundbreaking music website, Daytrotter.com.

In 2006, a young graduate from the University of Iowa started an online music site called Daytrotter. The concept was simple, beg bands that were on tour to stop by a place somewhat off the beaten path, record a few songs in an empty studio – and put them online.

Sean Moeller, aka Mr Daytrotter, does two things extremely well: 1) manages chaos, and 2) constantly surveys the musical landscape from his headquarters in Rock Island, Illinois in search of new music.   Music that he likes. And bands, both big and small, are now pounding on his door asking to do a Daytrotter session. Eight years later, the resulting Daytrotter archive has become both Sean Moeller’s personal playlist, and an authoritative guide to new music.

Sometimes the chaos and the music collide. Actually, they collide almost every day in the scuffle to record multiple sessions at multiple studios and get the music online. Last Friday, Moeller was just recovering from a hangover and I was in the process of preparing cocktails when we spoke on the phone.  I promised that, given this combination, it would be the most awesome interview ever.

Daytrotter is unlike any other online music service, primarily because you never know what to expect. For £1.25 per month subscribers have access to a collection of (at my last count) over 3,800 sessions and ongoing access to all new sessions (they expect to hit the 4,000 mark by March). Subscribers can listen online or download individual songs or entire sessions to a computer or mobile device. They have also released 22 very limited edition sessions on vinyl that are available to Daytrotter members. Moeller must have a good ear, because over the last eight years, Daytrotter has served up over 21 million downloads.

The site has become a gathering spot for people that appreciate new music- and the love is clearly mutual. “I like the chunk of people that like what we’re doing,” Moeller said.  “I want more people to discover what we’re doing. If I stay the course and keep working with quality people and doing it for the right reason- and putting it in front of people, that’s the reward.  They’re there for the right reason. They know what they’re going to get.“

The Daytrotter model has not changed much down the years, it’s just gotten more complex: bands come into the Rock Island studio, called the Horse Shack, record a live session straight to tape with no overdubs, hop back into their vehicle and head to their next show- or just go home.

Live performances ranging from 15-60 minutes. Captured in the moment. The comparisons to John Peel are obvious – a keen ear, a compelling drive to get exposure for new artists and an active recording studio. The recording is quick and dirty, allowing the Daytrotter team(s) to work quickly- often recording and posting 17 sessions a week. In order to accommodate more artists, studio locations have expanded to include satellite facilities in San Francisco, Nashville, Austin, and London.  The methodology is the same at every location. The songs are recorded and mixed as a live performance in an otherwise empty studio. But it’s Sean Moeller’s ear and passion that drive every session.

Moeller must be doing something right- or he is insane.  Some of the bands you have heard of and know well- Wilco, Cate Le Bon, Sheryl Crow, Frank Turner, Deerhunter, Vampire Weekend, Yo La Tengo, and Gary Newman – to name a few. But a majority of the bands land on Daytrotter through Moeller’s vast network of cultural informants and his own relentless digital sleuthing on SoundCloud and Bandcamp. 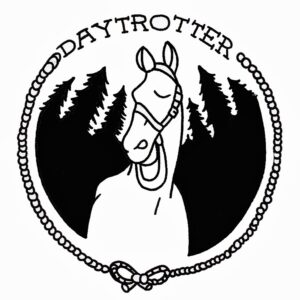 The content of Daytrotter is varied and spans genres. Moeller’s key criteria for “liking” an artist is the quality of their writing. He’s a literary fellow, and writing means everything. “Even if there’s one killer line in a song- that hooks me,” Moeller said- as I pressed him to explain why there was a Beyoncé CD in his car. Why? “The music is the catch. But the thing I always pull out are the words. I am a fan of writing and great writers. If you find one line that grabs you- I find that so gratifying. I derive something from that.”

Daytrotter is a platform designed for the discovery and dissemination of new music. And it’s a beautiful platform. Each artist is hand selected by Sean Moeller. Every session is accompanied by a thoughtful, and often poetic, essay by Moeller and an illustration by the artist Johnnie Cluney. The site has a distinctive look and an equally distinctive sound.  Over the last eight years Moeller has become an explorer, producer, and curator for an expansive library of artists. A typical week ranges in genres from solo singer songwriters to Japanese grind-core, and everything in-between. Literally, everything. The majority of the Daytrotter catalogue consists of many artists you’ve never heard of or bands that recorded a session on their way up (or on the way down). In the process, Moeller has played a significant role in breaking bands like The Tallest Man on Earth, Mumford and Sons and the Lumineers to a new audience before they went mainstream.

Platforms like Bandcamp and Soundcloud have become an outlet for many DIY musicians to self-release music into the wild. As more music becomes available and word trickles out via social media- Moeller’s hunt is always on- and he helps makes sense out of the chaos. He has become a trusted guide in the internet wilderness of new releases and new talent.

To remain truly current the Daytrotter team decided that the recordings could not be limited to Rock Island, Illinois. Last year, Daytrotter partnered with Ian Grimble to record sessions at the 2KHz studio in London. “One of the best things about the London studio is that it forces me to pay attention. I listen to a lot more music from the UK now. I’m generally amazed at all the new stuff that’s out there. We’re in such an interesting era now. There are so many more people producing music- and there are so many people doing interesting things. You get a high from it. Today I came upon five bands that were amazing. My passport just expired, I think I need to renew it.”

Moeller is a passionate seeker and curator (as well as mega-fan). When he hears that line in a song that grabs him he tries to figure out a way to get the artist into one of their studios. And he is driven: “The song, Is She Pretty, by Hailey Whitters-  I can’t stop listening to it. I feel privileged and lucky having heard it. I can’t imagine never knowing that song before.” And that’s the jolt that keeps him going. Moeller wants to expose new artists and old artists to new audiences. He is not content to try and score big acts that will drive subscriptions and clicks on the site. Last year a small personal victory was getting Country legend Glen Campbell to record a session in California. Not exactly a modern wonder – but it was important for Moeller to document Campbell’s music – to put it into the appropriate context.  There was a space reserved in the Daytrotter archive for Glen Campbell to help put newer alt- country-influenced music into the right perspective.

But it’s the new talent, the best-band-you-never-heard-of aspect of Daytrotter that has the greatest appeal to the subscribers. In many ways, Daytrotter is like a club for music geeks that interact via social media when new recordings are posted. You might find music that becomes precious to you. And given the live nature of the recordings, awesome performances by bands you know and like take on a new meaning. Every session has a Daytrotter sound to it thanks to Sean Moeller’s impeccable ear.

Think of Daytrotter as a real-time snapshot on the state of modern music. It is diverse and deep. But it’s Moeller’s selections and the accompanying essays that provide much needed exposure to independent artists that would otherwise be lost in the noise of the interweb universe. The need to provide exposure is one of Moeller’s prime motivators, with the attitude, “Why haven’t more people heard this great music?” – a line repeated many times during our conversation. The Daytrotter archive provides a filter and a way to make sense of the constantly shifting sands of independent music.

Daytrotter subscribers seem to get it – and they are coming in droves despite the absolute lack of advertising or marketing for the site. People just find it. “I like where we’re at right now,” Moeller said, “I don’t want to be in your face just to get more clicks on the site. It’s so much better if someone finds us on their own. That’s our secret weapon. Continue to put up beautiful things and hopefully it feeds on itself.”

This all sounds like a music geek’s paradise. But Moeller’s passion is also his day-job. “There were plenty of times along the journey where it could have just ended. Tough decisions were made. The reality is – we keep trying to do something we believe in. We’ve been able to plow through. I think this thing we’re doing is really important.” And he says the words with dead serious conviction. In this sense, Sean Moeller is not a businessman. He’s a walking encyclopedia of music that he wants other people to hear.

Ultimately, the entire Daytrotter operation would not exist without Moeller’s ear, passion, and vision – “The bands that come in re-affirm the fact that I’m not an idiot.” Moeller said, “That’s all I need to know.”

To visit the site go to: daytrotter.com.

All words by Nat Lyon, find his Louder Than War archive here.