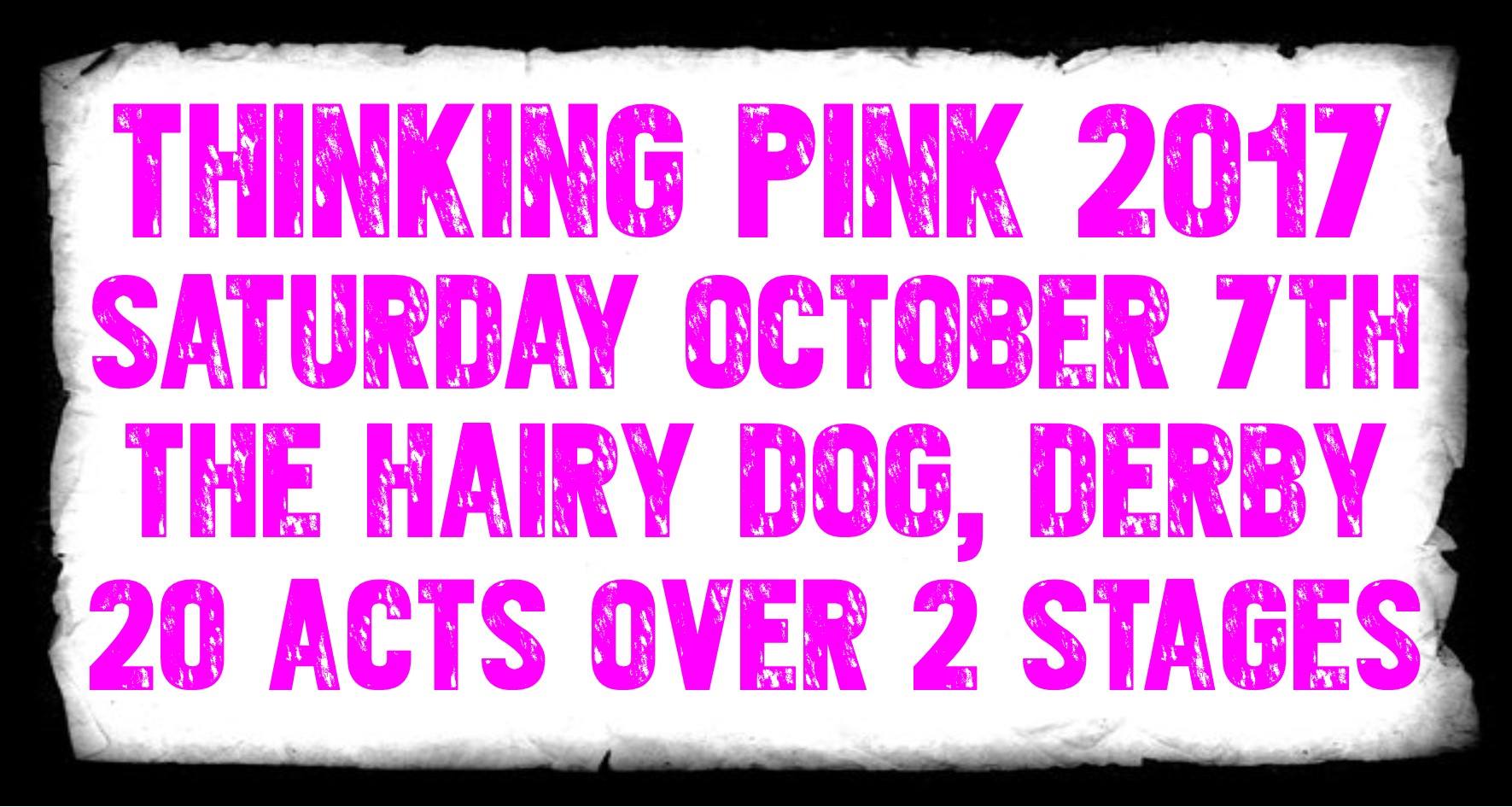 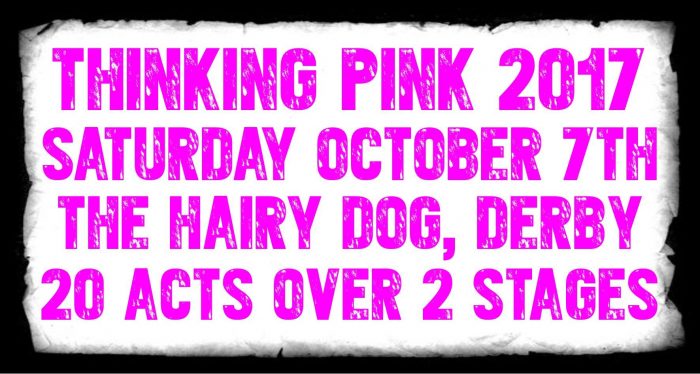 No sooner had the Thinking Pink Festival 2016 concluded, Mark Sesin organiser of Thinking Pink and head honcho of Headcheck Music announced the date for the 2017 event:

The 2016 festival featured both UK and European bands including dragSTER, On Trial UK, Super Fast Girlie Show, Headstone Horrors, The Crows, Brains All Gone, Paul Carter and Emma O, and raised in excess of £1000 for Breast Cancer Aftercare.

Thinking Pink is already becoming a feature within the UK punk calendar, with bands already approaching organisers for the opportunity to play the 2017 event.

Its a very long way off, but organisers have already confirmed Vice Squad to appear alongside Bratakus, and The Kut – in all over 20 bands will perform across two separate stages, there will be merchandise areas, raffle prizes from all the artists as well as a rather special main prize, plus the results of a special ‘Thinking Pink Bake-Off’ will be available as organisers look to exceed this years total raised for the charity. 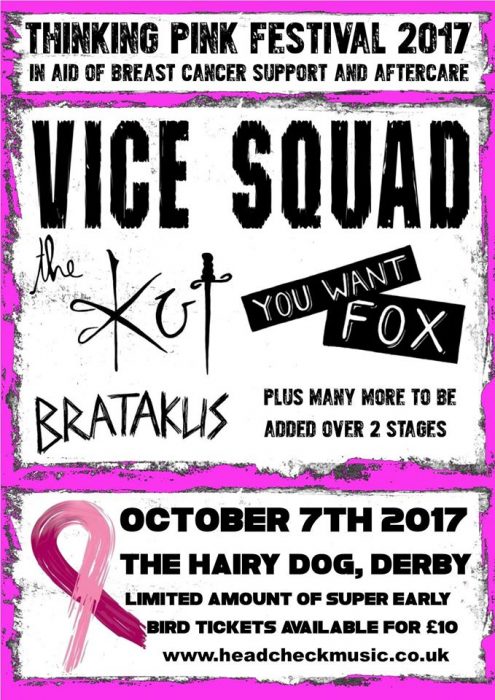 An event page has been created which will be used to confirm all band/performer announcements.

A very limited number of ‘Super Early Bird’ tickets are now on sale via Headcheck Music priced at just £10.