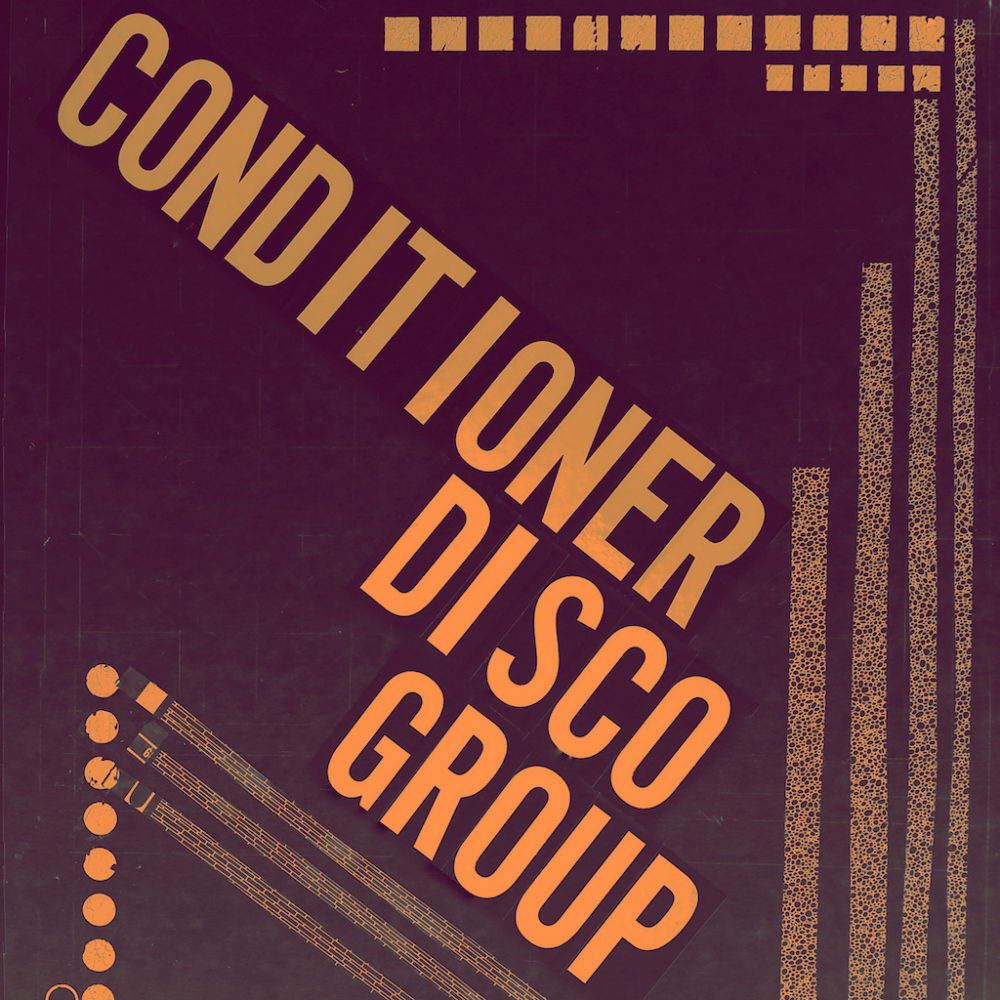 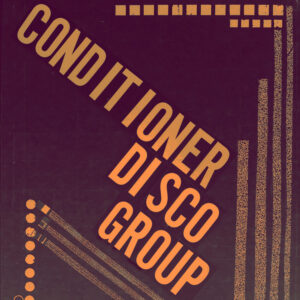 Maternal Voice, the Stockholm/Manchester record label is the new home of Conditioner Disco Group. Their peers include the lo-fi Leipzig post-wave band Marauder and techno-noise group, Errant Monks. Therefore you can expect something big from these Portland art-punks.

Mike Young of the Australian garage groups Eddy Current Suppression Ring and Total Control mastered the album. You can hear an anarchic influence throughout, from the treble-heavy compositions that occasionally devolves into intense dub territory.

The second single No Concepts opens the album. The rhythm-punk grooves delivered by Brenda Scott’s bass and Joel Lopez’s drumming gives this track an awkward optimism, an optimism that juxtaposes the interweaving guitar and sax sounds that send your mind into overdrive.

Over Documented is more of the same. We later run into this track again on the album, this time running at 8 minutes and 5 seconds, reworked as Over Documented (Punx on the Dancefloor Mix). The song has been mutated into meandering dub madness, opposing the age-old anti-dancefloor punk ideology.

(Don’t Gotta) Raise A Family is a death disco nightmare, forcing you to move and jive against your own free will. You can hear influence from previous dance-punk pioneers such as B-52’s and Devo. Again, a solid bassline keeps you locked in a groove, with a sharp guitar sound that cuts in and out of the melodies. Jason Nickle’s sporadic shout-singing style captures the insanity of not only the single, but the general psychosis of the group.

This is then followed by the synth-heavy It’s Okay To Be Alone. The lo-fi wobbling synth riff partnered with overdriven bass occasionally sounds similar to an old-school video game, evoking the nostalgic days of isolation, staring into a screen and finding comfort in separation.

HD brings out a forceful guitar screech which comes courtesy of Danny Fish. HD is loud and aggressive and feels very in line with the other, older, ‘weirdo pop’ groups such as The Cramps, only with added saxophone. The song rises and falls, creating disorienting insanity, which is then developed later on the LP with HD (Pocket Rockit Mix). Here we find another quasi-dub remix, laden with feedback and abstract echo, which only furthers the aforementioned insanity.

Fashion Void (Fast) follows with the same despair-spiralling vibe. ‘We are living in a fashion void’ claims Nickle as he stretches his voice in disgust. The disgust is entirely justified as we really are living in a ‘fashion void’. This is a statement that rings true especially when looking at the current indie/punk scene globally, flooded with pastel colours and a dreamlike mystique, Conditioner Disco Group refuse to follow a trend, they wear their influences on their sleeve and sound how they want to sound. 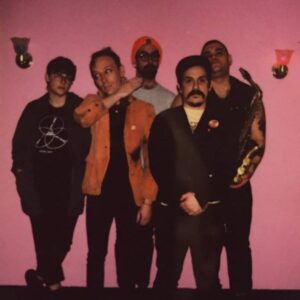 As we approach the end of the album, we get to Devalue Objects. This Buddhist mantra feels more like the reluctance of Capitalism than anything spiritual. Everything is priceless and worthless, as it should be. With a King Missile ethos, everything should be free if you want it, is the mantra here.

Let The Energy Return is one of the slower songs on the LP. Much like the title implies, the band are building themselves up, recuperating for the dub finale of HD (Pocket Rockit Mix). The guitar feels calmed and controlled, much less erratic than earlier. The vocals flow with a chant of the title and the forever consistent rhythm-punk, drum and bass backline keep us on track.

Overall the album makes for 40 minutes of non-stop dance-punk dirt. Conditioner Disco Group certainly have some sort of ‘condition’, and rarely fall on the side of ‘disco’, however, they’re most definitely a ‘group’. Do not approach this band with any pre-conceived notion as to who they may be, instead, you should experience the sardonic rhythms and occasional dub distortion for yourself and try and see if you can figure them out.

All words by Rhys Delany. More of his writing can be found on his author’s archive.