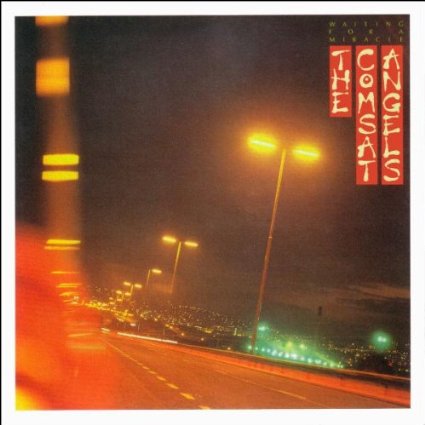 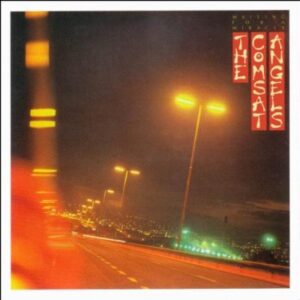 Edsel are releasing 2CD Deluxe packages of all the Comsat Angels “original albums,  remastered, with non-LP singles, demos, BBC radio session tracks plus accompanying booklets with rare photos, memorabilia and detailed liner notes”. Whilst Sleep No More is considered ‘monumental’ and the fans favourite, Chasing Shadows/Fire On The Moon are being released for the first time, Fiction is also out on the 20th of November,  but it’s the debut album which Ged Babey remembers and revisits here.

1980 was one hell of a year for great debut albums;  Crocodiles, In The Flat Field, Colossal Youth, Fresh Fruit For Rotting Vegetables,  eponymous albums from Psychedelic Furs and Killing Joke,  Jeopardy, ..and Don’t the Kids Just Love It? and one called Boy.  That’s not to mention other classic albums like Closer, Sandinista, Travelogue, Grotesque and Correct Use of Soap.  So is it any wonder that in many ways the Comsat Angels debut has become something of a lost classic amidst the welter of greatness the new decade brought?

A lot of people do remember the band and Waiting For A Miracle in particular, with some affection.

It’s very lazy journalism quoting from press releases but fuck it, this says it all really;

Named after the J. G. Ballard story of the same name, The Comsat Angels were born in the UK Post-Punk era. One of the most underrated acts of the early 80’s, the Sheffield four-piece twinned together sparse, economical musicianship and a large sound.

Perhaps too dark for populist tastes at the time, Comsat’s music has been described as “abstract pop songs with spare instrumentation, many of which were bleak and filled with some form of heartache.”

Unjustly overlooked for their important contribution to music, their influence however, is enormous; the haunting atmospherics and simply played, but expansive nature of their music having a direct effect on countless Post-Punk revival bands including Editors and Interpol.

Now, I would not have said their influence was ‘enormous’, but they were a widely liked band, slightly out of step with their contemporaries. Their only mega-fan of note is Mark Kermode who reaches orgasm at the mere mention of their name. But they were an interesting, original band for their first two albums at least.

Back in 1980/81, whilst others were obsessed with Joy Division, I was very enamoured with Waiting For A Miracle. It was an often played solitary pleasure.  So much so that all these years on it reminds me of my bedroom at the long-since demolished family home.   I can remember the wallpaper (cartoon motorbikes on white background a hangover from pre-teen years) the clunky cassette player, the fact the room was only six foot wide (the thin plasterboard separated it from my sisters, substantially wider room). The smell was no doubt that musty teenage boys ‘hamster-cage’ smell which emanated from my sons bedroom until recently. Waiting For A Miracle was the soundtrack to my teenage angst and isolation. The alienated sci-fi post-punk of Comsat Angels seemed archly crafted for the lonely teenager, alone in the sticks. Which consequently is why it sounds a tad ‘dated’ now.

I can’t stand up and I can’t sit down, cos a great big problem stopped me in my tracks

The lyrics to Independence Day seemed very profound and full of gravitas at the time (but don’t seem quite so deep now..) Relationships were ‘Total War’ (some things don’t change…) . A song bizarrely called ‘Baby’ sounded dark and full of angst against the backdrop of sparse guitar and droning bass.  Comsat Angels were a peculiarly intense band, devoid of any trace of humour or visible flicker of, you know, having fun. They were serious times I guess and we were sullen, miserable bastards at age 16.

That said, Missing In Action stills sounds great with its Banshee-howl of guitar and accelerating train beat.  The drumming of Mik Glaisher (admired by John Maher no less here) is part of what gave the Angels a near-unique feel.   Their restraint and pace was the other thing.  Waiting for a Miracle seems to slow down as it progresses.

Map of the World is a curious Beatlesy slice of new wave pop which could have almost been an XTC/ Echo Beach style hit.

The Comsat Angels lack of commercial success was quite possibly down to the fact they were enigmatic yet at the same time lacked the image-consciousness of say the Cure or myth-making drive of Factory Records.  They did lack a bit of ‘personality’ maybe in that I couldnt’ve named the members of the band, despite being a fair-weather fan  (The Comsat Angels were Stephen Fellows (guitar, vocals); Mik Glaisher (drums) ; Kevin Bacon (bass) and Andy Peake (keyboards) incidentally fact-fans.)

It has been re-issued before but this 2-disc set does include absolutely everything the Comsats fan needs; the demos and two Peel sessions remastered and sounding pristine, if, as I said before, a bit dated. The demos are the post-punk equivalent of watching Pertwee era Doctor Who, compared to the Eccleston re-boot, if you know what I mean.

It is strange how some bands music you can enjoy in company, in the background or foreground with friends, and other music (in a different kitchen) really does need to be a solitary listening experience. The Comsat Angels really do, to me, fall into the latter category.

The later material I am afraid really doesn’t do it for me.  Sleep No More is so dark and austere as to be practically unbearable. This may well be down to my emotional state at the time it came out. I did listen to it a lot at night, on headphones, under the covers, in the years after my mum died…  Waiting For A Miracle  though is an album that I will keep coming back to, every now and then. It is a strange and wonderful time capsule of music which should have been more widely appreciated but is very special to those that did absorb it into their emotional memory of the times.

All words  Ged Babey whose author profile is here